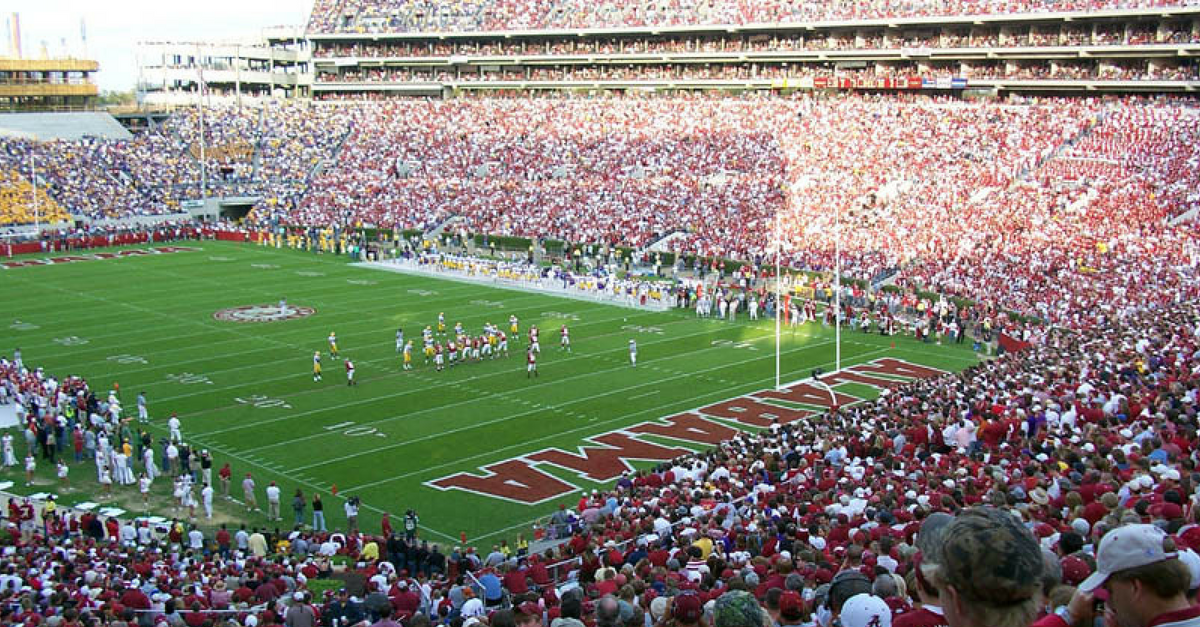 The college football season might still be a couple of months away, but it?s never too early to take a look at the top games to get ready for that always exciting opening weekend in September.

From the Alabama Crimson Tide ? the defending national champions and likely favorite to repeat ? to heavy Power 5 showdowns to rivalries, the Labor Day weekend is chock-full of intrigue to kick off the 2018 season.

Here are the five best games to get ready for, listed in no particular order.

There is no juicier way to get this started than a Top 10 matchup, one which will have both teams vying for national respect and an early-season victory for its College Football Playoff resume. All eyes will be on the two quarterbacks as well. Jarrett Stidham, who had minor shoulder surgery this offseason, and Jake Browning could both get into the Heisman Trophy with a big-time performance here, and you better believe the defenses, especially Washington’s dangerous secondary, knows it.

It’s about time these teams played again. Sure, it hasn’t been that long since we last saw the Wolverines and Fighting Irish on the gridiron, but it feels nice to get it back and on the first weekend. Michigan could arguably have the best defense in the country this season, so it will be up to signal caller Shea Patterson to move the chains against a Notre Dame defense, which showed nice signs of improvement in 2017. South Bend will be rocking.

How can there be a list of the best college football games on opening weekend and not include the likely frontrunner to win it all? Most importantly, how can there be a list without Alabama and the most talked about quarterback race in the country this offseason? Nick Saban will ultimately have to decide whether Jalen Hurts, last year’s starter, or Tua Tagovalioa, the title game hero, takes the first snap under center, but there still is time to figure it out, speculate, and get ready for the show the Crimson Tide will likely put on a Lamar Jackson-less Louisville team.

Speed. Talent. Athleticism. Swag. What more could you ask for? Jerry’s World will be quite the spectacle for this primetime game with two gritty teams hoping to prove a lot of doubters wrong. Will the turnover chain come back to life? Jaquan Johnson will do all he can to make sure that happens. Both of these teams have rather difficult schedules so getting off to a strong start would be ideal.

It’s pretty hard (and kind of ridiculous) to believe these two conference foes haven’t played each other since 2012, but here it goes again on Labor Day. Willie Taggart will be making his coaching debut for Florida State after the Seminoles’ disappointing 2017 campaign. Meanwhile, Virginia Tech has some questions to answer on the defensive side of the ball.

Is it football season yet?