Alabama and Bear Bryant. Few college football head coaches have risen to the legendary status that coach Paul "Bear" Bryant reached as he led the Alabama Crimson Tide to six national championships and changed Alabama football forever. And while other Alabama QBs such as Bryce Young, Mac Jones and Tua Tagovailoa may have felt the pressure of playing in Tuscaloosa, none of them could hold a candle to the impossible task of Paul Tyson -- the great-grandson of Bear Bryant -- who was recruited by Nick Saban to carry his great-grandfather's football team.

That was the case when he was recruited, but Tyson has since left 'Bama and has committed to Clemson after a season at Arizona State. That's right: The great-grandson of Bear Bryant, the University of Alabama legend, is now playing for Clemson.

Paul Tyson Transfers to Clemson a Year After Leaving Alabama 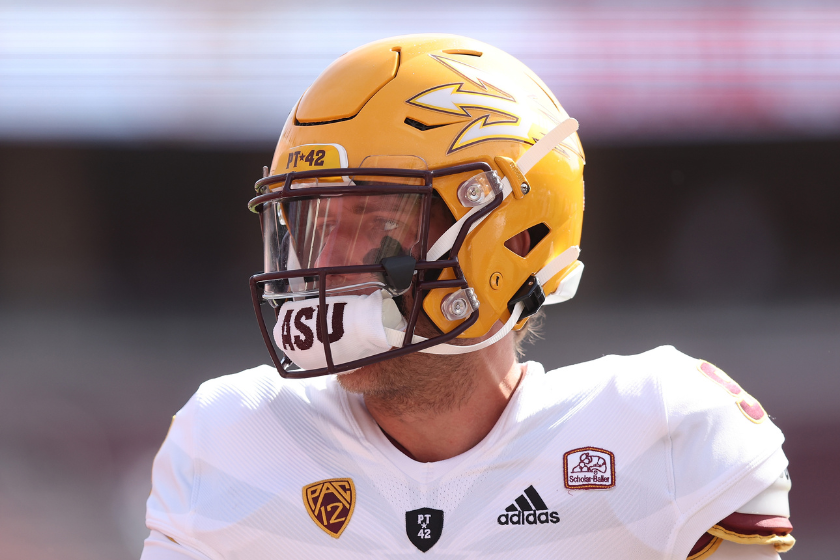 A four-star pro-style quarterback out of Hewitt-Trussville High School in the 2019 NCAA recruiting class, Tyson committed to Alabama and looked to continue his family legacy. That was short-lived, however, as the COVID-19 pandemic changed things up a bit. After spending a year with Alabama, Tyson transferred to Arizona State. But after failing to throw a pass all season, with the Sun Devils led by Emory Jones, Tyson entered the transfer portal yet again. This time, he's ended up as a Clemson Tiger.

At this point in his college career, the former Alabama recruit isn't thinking about racking up touchdowns, winning a Heisman Trophy or climbing the NFL Draft rankings. It's about getting on the field and taking snaps. Tyson could have had his pick of schools, too. Notre Dame, Florida, Georgia, LSU and Ohio State all need quarterback depth. And while 'Bama fans are probably happier to see Tyson in Clemson orange than Tennessee orange, it will still feel weird knowing that a descendant of Bear Bryant isn't wearing an Alabama jersey.

Let's just hope that Tyson doesn't find his way into a National Championship game against his great-grandfather's team. That will definitely test some familial bonds.