The Clemson football community is mourning the loss of Ella Bresee, the 15-year-old sister of defensive tackle Bryan Bresee, who died today following a battle with brain cancer.

Bresee announced the tragic news on Instagram, where members of the college football world offered their condolences.

"My beautiful sister Ella you amazed me every single day with the fight that you put up and how joyful you were constantly through this battle. Never did I think I would be sitting here today saying bye to you. I want to thank you for bringing happiness to not only me but so many people. You are the best sister a brother could ask for and I know for a fact heaven has gained a beautiful angel today, Love you forever and always Ella bear," Bresee wrote.

Just last week as Ella was battling the brain cancer, Clemson football players wore "Ella Strong" shirts against Furman. Ella was originally going to be there for the game, but had to be airlifted to a Washington D.C. hospital just a few hours before the game, according to the Greenville News.

Bresee led the team into Clemson's Memorial Stadium in an emotional entrance.

"You're not by yourself. We're walking with you," Clemson head coach Dabo Swinney said.

The #ClemsonFamily always walks together!

A torn ACL limited him to just four games in 2021, but he's expected to be one of the best interior defensive linemen in the country this season. CBS Sports ranks him the No. 15 overall draft prospect ahead of the 2023 NFL Draft.

Bresee is currently away from the team while dealing with the loss of his sister. Swinney said he's not sure if Bresee will play in the team's upcoming game against LA Tech, but football isn't important at the moment. 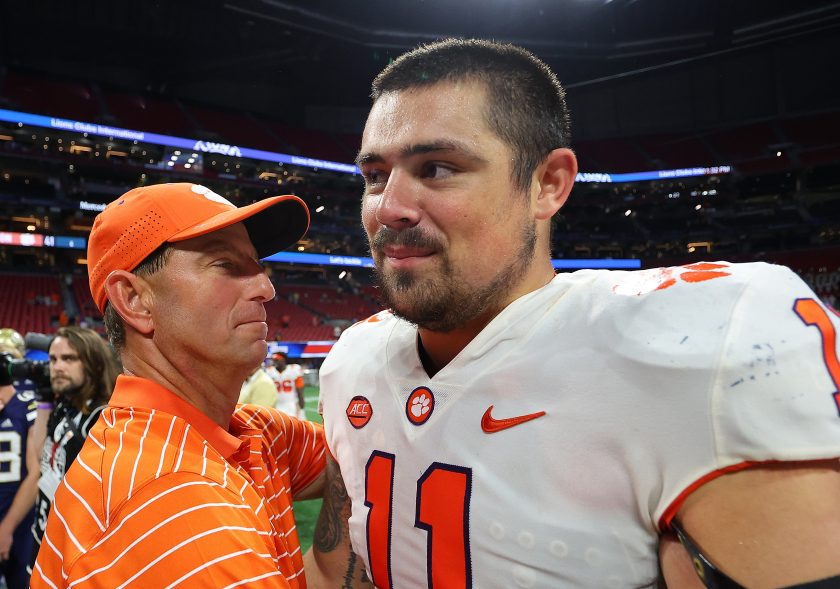