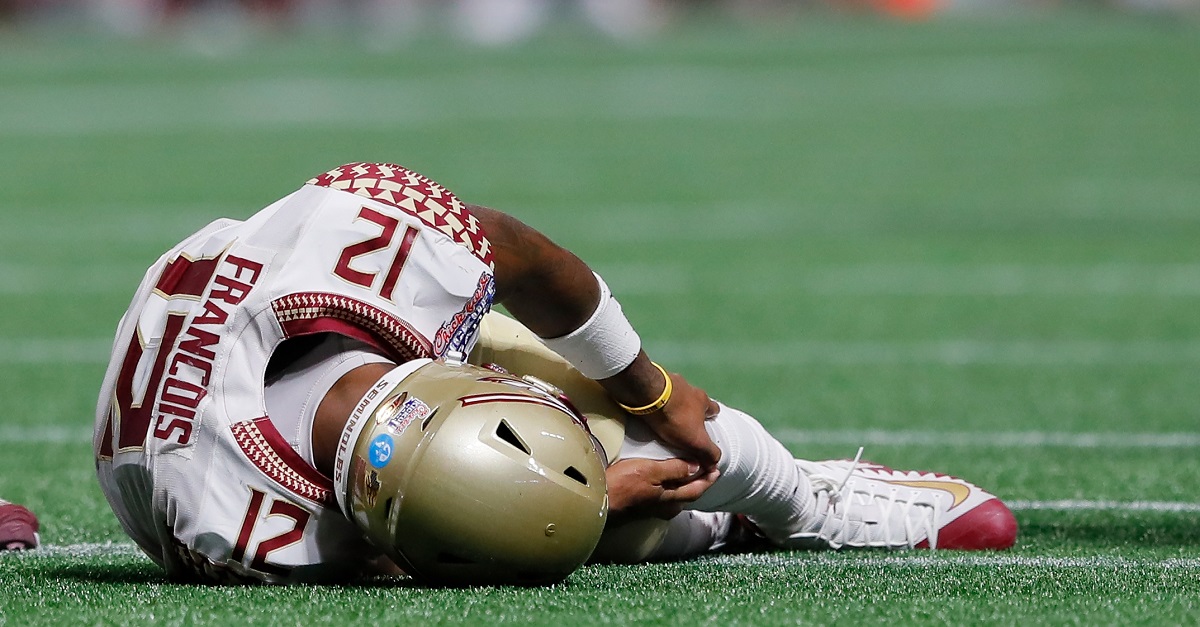 Florida State fans are likely still reeling from the devastating news that Deondre Francois will be out for the season after tearing his patellar tendon in the 24-7 loss to Alabama. However, there is a silver lining in the clouds as they now know who will be his replacement at quarterback.

Jimbo Fisher confirms that QB Deondre Francois will have surgery for a torn patellar tendon tomorrow. Out for the year. Blackman will start.

Blackman is a true freshman this season who was ranked as a four-star dual threat QB in the 2017 recruiting cycle. He’s a 6-foot-5, 185-pound player who probably could have used a redshirt season to bulk up, but it looks like he will be getting thrown into the fire pretty early. He will have a chance to warm up against Louisiana-Monroe before facing Miami the next week. He beat out junior J.J. Cosentino who saw action in two games last year and fellow freshman Bailey Hockman.