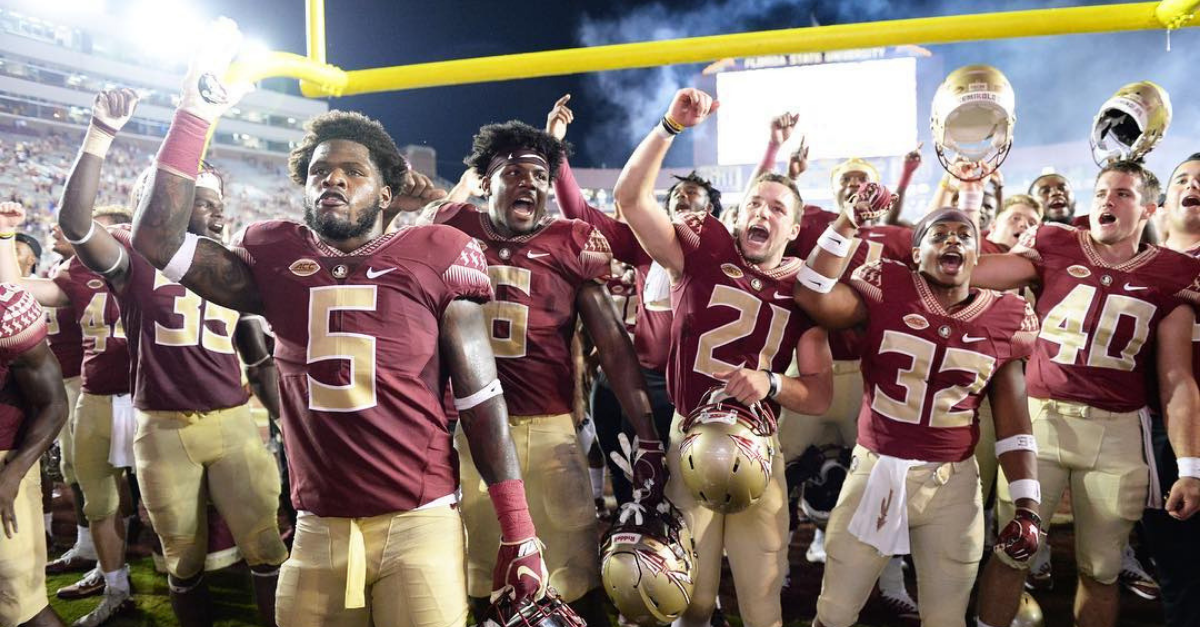 The last two seasons, the Florida State Seminoles have had their worst back-to-back seasons since 1975-76 when they combined to go 8-14. When you take a look at this team’s schedule for the 2019 season, it sure doesn’t look like it’s setting up for a quick rise back to the top.

The Atlantic Coastal Conference released the football schedules for the conference, and the Seminoles have a tough road ahead if they want to begin a new streak of becoming bowl eligible.

My immediate reaction to this schedule is very simply: wow. There are not many sure wins here, but when you play Clemson, Miami, and Florida every season, that is rarely going to be the case. Some games, it will be tough to get a read on because of where they were last season and what they lost.

The only two games that I can say should be definite wins are Louisiana-Monroe and Alabama State. I don’t know really how much better of a team Florida State will be in 2019 compared to this past season. I think the offense will improve under new offensive coordinator Kendal Briles, but this defense did lose some good players like Brian Burns.

Here is a peak at the ‘Noles 2019 football schedule in order by what I see are the most winnable games next season.

The Most Winnable Games in 2019

Even though the Tigers lose a bunch of talented players off their national championship team, they still have quarterback Trevor Lawrence and an extremely talented offense that I can’t see the Seminoles competing with on the road. It would take the worst possible game by Clemson, and a near-perfect game from the ‘Noles, for this to be a win.

Even though this game could be the most important of the season like it has for the past two years to earn that much-needed sixth win to become bowl eligible, this would be tough in The Swamp. During this past season, the Gators put a beating on the ‘Noles, 41-14, in Tallahassee. It isn’t like the SEC East power lost a ton of their talent, or at least no more than Florida State did. This definitely isn’t an impossible game to win because anything can happen in rivalry games, but this is a tough one to get.

The biggest upside? Head coach Willie Taggart gets two weeks to prepare for this road trip to Gainesville.

Three weeks ago, this would probably be lower on the list. But since Manny Diaz took over as head coach, the Hurricanes seem to be moving in a positive direction again. This should be a revenge game after Miami stole this game in 2018 when the Seminoles led 27-7 in the second half. It is at Doak Campbell Stadium this time around, so that is an advantage. Still, FSU has lost the last two in this matchup and rivalry games are anything but a sure bet.

Playing in Boston late in the season is not a fun idea for a team from the state of Florida, and the Seminoles didn’t play well the last time around either. In 2017, the Eagles beat the ‘Noles down in a 35-3 blowout. Honestly, I don’t care who Boston College has for a coach or players, this will be a tough one just because of the weather and atmosphere. They will be returning running back AJ Dillon, so that right there will be enough to keep FSU busy in the cold weather.

Like it or not, the Virginia Cavaliers are turning into a scary program under head coach Bronco Mendenhall. With Bryce Perkins at quarterback and a young, talented defense, this will be a tough game to win in Charlottesville. With wins over Miami, Duke, UNC, and South Carolina last season, they proved they can beat some pretty good teams, so they should be a pretty tough out once again in 2019.

This is technically a neutral site game, but it is being played at TIAA Bank Field in Jacksonville, which basically makes it a home game for the Seminoles. Even though Boise State lost quarterback Brett Rypien, who graduates as the all-time leading passer in Mountain West Conference history, the Broncos are always one of the toughest Group of Five teams to beat.

This is also the season opener, so this is the game we will learn a lot about the Seminoles and what to expect for the rest of the season. Florida State has lost their last two season openers, though they were against Alabama and Virginia Tech.

If the Orange weren’t losing their starting quarterback, this game would be towards the top of the list. But the loss of Eric Dungey will be a big one. Dungey has been the focal point of the offense on the ground as well as through the air. But they still have Dino Babers at the helm, making this a good team and tough game to win.

This game became much more winnable when wide receiver Greg Dortch announced he was leaving for the NFL Draft. Dortch was the best player for the Wake Forest Demon Deacons on both offense and special teams. Still, an away game in the Atlantic Coast Conference is always tough. If this were a home game, this would be the most winnable game in their ACC schedule, but it isn’t, so it’s going to be a little more difficult out in Winston-Salem, North Carolina.

The Wolfpack lost quarterback Ryan Finley, so they will be trying to replace their best offensive player. James Blackman and the offense had one of their best games against North Carolina State last season, and if the Wolfpack isn’t able to score a ton of points like they did in 2018, this could lean in favor of the ‘Noles. That game was also on the road, so playing at home gives me a little more confidence.

The Cardinals were pretty bad last season, finishing at 2-10. I think this game will give Florida State two consecutive wins against Louisville and a much-needed conference win early in the season.

The Seminoles can’t sleep walk into this game like they did against Samford in 2018. The Warhawks are not a joke and could pull off an upset if they are simply looked over. If FSU is thinking about Virginia or dwelling on a loss to Boise State, this one could bite the ‘Noles.

The same basic concept from the ULM game. However, this is late in the season, and there is nothing to look ahead to for this game since there is a two-week gap until they play the Gators. If Florida State loses this one, you can almost guarantee Willie Taggart doesn’t have a job on November 17.

365 days out of the year, Nole 💉. pic.twitter.com/WjAyefQZDg

With a college football schedule like this, it could go either way. I could see them having another bad year and winning four games, but I could also see them being much improved and winning eight or nine games. I might not be giving them enough credit, or maybe it’s too much. But when you only win five games, and one of those came down to the last minute against an FCS team, it’s hard to have high hopes.

Based on this Florida State football schedule, I think they finish with a 6-6 record in the regular season with wins over Alabama State, ULM, Louisville, NC State. Then, they’d need to win two-of-three against Boise State, Syracuse, and Wake Forest. Boston College and Virginia are games they could win, but I don’t think they will at this point. Miami and Florida are both rivals that are beatable, but I think those are both programs that are moving in the right direction while FSU seems to be sitting still unless incoming freshman are immediate factors.

As for playing Clemson in Death Valley? Well, good luck with that.