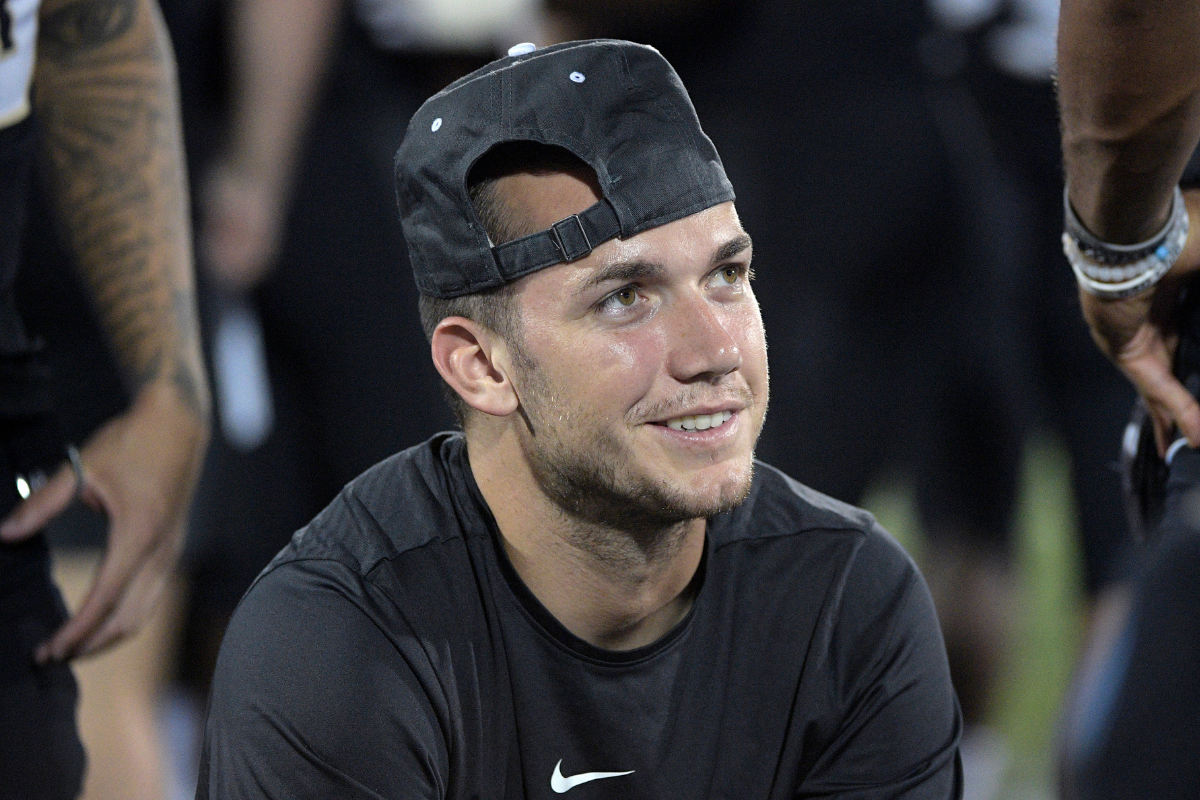 Over the last three years, quarterback McKenzie Milton has experienced some of the highest peaks and lowest valleys of anyone in the college football world.

Of course, his UCF Knights shocked the nation after going undefeated and beating Gus Malzahn’s Auburn Tigers in the 2018 Peach Bowl, but it hasn’t been smooth sailing since.

In the fall of 2018, Milton suffered a devastating knee injury against South Florida.

Milton joined UCF’s scout team last season, but will get a chance to get regular snaps in 2021 after entering the NCAA transfer portal. He’s moved from Orlando to Tallahassee to play for the Florida State Seminoles.

McKenzie Milton arrived at the UCF campus from Mililani High School in Hawaii and left a lasting impression on the Central Florida school. The Knights have since moved on to quarterback Dillon Gabriel.

Milton chose the ‘Noles because of their historical excellence, along with his relationship with FSU offensive coordinator Kenny Dillingham.

The QB knew head coach Mike Norvell from his time coaching Memphis, and he will now be jumping from the American Athletic Conference to the ACC with his final year of eligibility.

Florida State has a few signal-callers already, including Chubba Purdy, Tate Rodemaker, and Jordan Travis, but the starting quarterback job is up for the taking.

FSU hasn’t received consistent QB play since Jameis Winston’s Heisman season, so the Seminoles will take another strong option. It will go a long way into helping the team reach the College Football Playoff and hopefully compete with the likes of Notre Dame, Alabama, Clemson, and Georgia.

McKenzie Milton has been exceptional in the past, so the hope is that his repaired ligaments will hold up to get through the season unscathed.

In 33 games, the student-athlete has totaled 72 passing touchdowns and an additional 20 rushing scores. His 8,683 passing yards show he can be trusted to throw the ball when needed, and he had serious NFL aspirations before the leg injury.

About a month ago, UCF QB McKenzie Milton almost lost his leg after a catastrophic knee injury. Today he leg pressed 40 pounds 🙏

A long time has passed since the fateful USF game, but McKenzie Milton finally stepped onto the field again during FSU’s spring practices. He proved he’s still got it in this year’s spring game.

The Florida State football team is hoping to reestablish themselves as a national power. A win over quarterback D’Eriq King and archrival Miami on ESPN would certainly help. An appearance in the ACC title game would be even better.

Milton has the experience to help FSU get there, and college football fans around the country will be rooting for him to succeed.