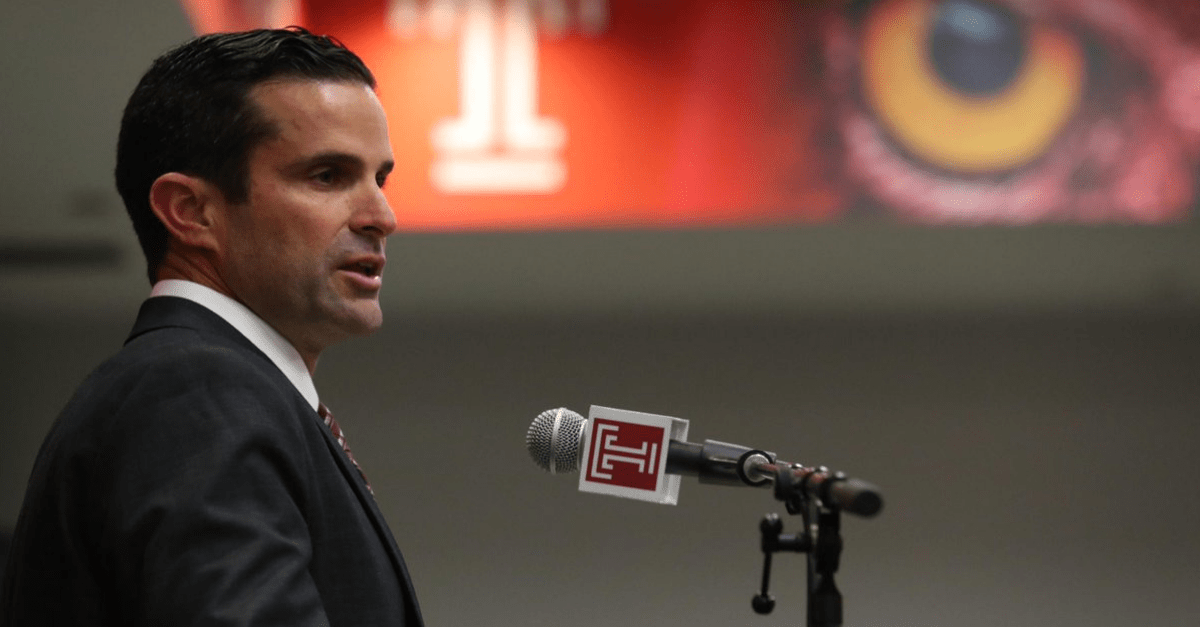 The misfortune of one college football program can sometimes mean success for their rivals. That is definitely the case for the Florida State Seminoles right now. With Manny Diaz, the Miami (FL) Hurricanes‘ defensive coordinator the last three seasons, leaving for the head coaching job at Temple, it should affect the fight between the in-state rivals.

The loss of the aggressive coordinator will help the Seminoles directly on the field as well as on the recruiting trail. The Hurricanes have already seen de-commitments from multiple recruits in multiple recruiting cycles, but it will also hurt them in the chase for players who haven’t committed yet.

Join us in welcoming our new Head Coach, @Coach_MannyDiaz!

RELATED: Florida State Needs to Focus on Holding #Tribe19 Together

Florida State has lost their last two games against Miami and 1-2 in the three seasons Diaz coached in Coral Gables, Florida. The departure of the defensive coordinator shouldn’t hurt any feelings in Tallahassee.

Not only did he recruit well in Southern Florida, but he also coached one of the best defensive units in the country. The season before he took over, the Miami’s defense was bad, at best. This season, it was one of the top units in most statistics.

Without its defensive leader, Miami should be extremely beatable. Their offense has been forgettable over the past two seasons, even when they have won. This season, it was the defense that allowed the Hurricanes to come back from 20 points down.

Even if they hire someone who can keep their defense playing at a high level, which it will be hard to match what Diaz did for their program, the Canes also have to bring in high-level talent. Diaz is a great recruiter and him leaving the program has already had its affects.

6 decommits in a matter of 24 hours pic.twitter.com/MNEwSLe52D

There have been multiple recruits on the defensive side of the ball that have de-committed from the Canes over the past few days due to the coaching change. Some have been in the current 2019 recruiting cycle, and some have been players in next year’s 2020 recruiting class. This is to be expected. It happens all the time when coaches leave.

Florida State needs to go in and try to pick up some of these players now. And not just the ones who opened up their recruitment, but the ones who were choosing between the big Florida schools. All of this can make their program look weak and undo all of the great publicity they gained from last season and the turnover chain.

It obviously doesn’t mean the end for the program, though. They may hire a coordinator that is just as good and brings those recruits back. And their offense might take a step forward over the offseason.

However, as it stands right now, the Seminoles should be excited about one of the best defensive minds in college football leaving South Florida.