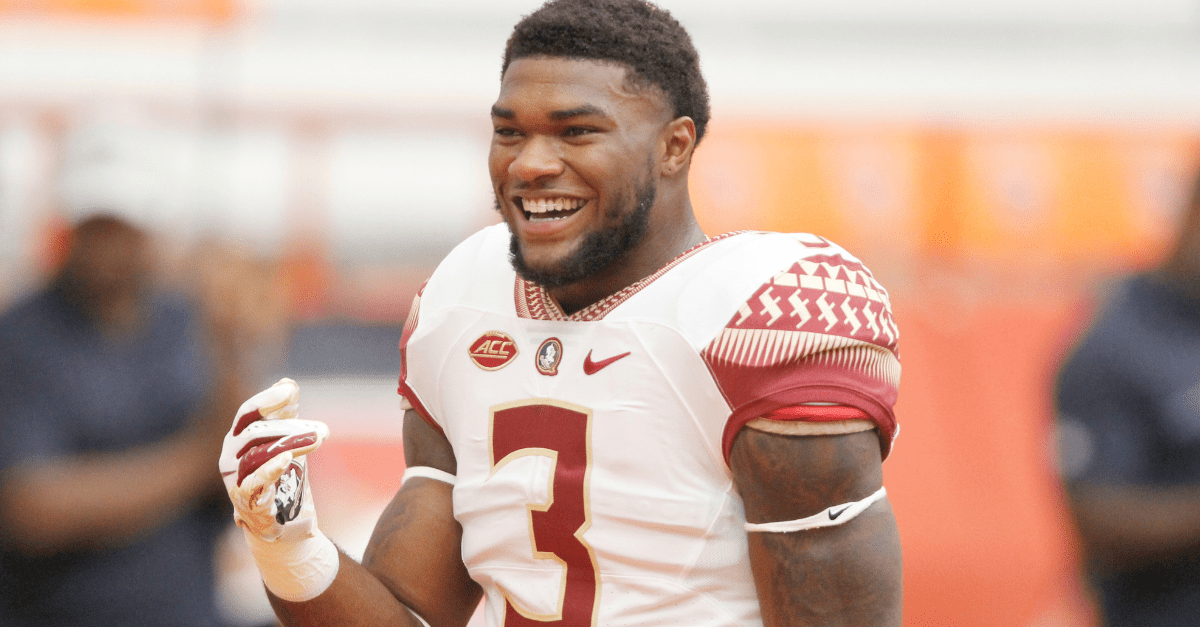 Willie Taggart and the Florida State Seminoles have put together a solid class during the 2019 recruiting cycle so far, but how do they stack up against recruits from the past 20 years to sign their National Letters of Intent with FSU?

247Sports has graded recruits as far back as 2000, and the Seminoles have had some good ones put their name on the dotted line on National Signing Day. Some of the top players have gone on to nice NFL careers, while others are still suiting up in garnet and gold down in Tallahassee.

Not only are all of these players five-star recruits, but also one of the top players in the entire country in their recruiting class. Here is a look at the 15 best Seminoles signees by their recruiting grade since 2000:

#1 DT in America, Marvin Wilson commits to FSU over LSU and Ohio State

Named a team captain in 2019, Wilson was a stalwart on FSU’s defensive line until a season-ending injury. The Pro Football Focus All-American was first-team All-ACC after recording 44 tackles, 8.5 for loss, and 5.0 sacks. Returning as a senior in 2020, Wilson projects to be one of the most dominant players in all of college football.

Definitely the most-hyped quarterback as an incoming freshman in recent memory, Lee spent much of his career as a backup to Drew Weatherford. In three seasons with the Seminoles, Lee passed for 2,323 yards with 15 touchdowns and one interception while also rushing for 217 yards and five touchdowns.

His biggest moment came against Alabama in 2007 when he entered the game for Weatherford and led the ‘Noles to a 21-14 win. He finished the game 12-for-19 for 224 yards with two touchdowns and one interception, and 59 rushing yards rushing on 11 carries. He took the starting job after that but lost it soon after that due to poor play. He declared or the NFL Draft early, went undrafted, and was signed by a few teams before bouncing around other football leagues.

.@LevontaTaylor flies in like a ballhawk and houses it! 🏠

In four seasons, Taylor made 90 total tackles, 5.5 for a loss, and logged four interceptions, including two being returned for touchdowns. Taylor battled injuries for stretches of his career in Tallahassee, but he lived up to the hype as a shutdown cornerback in coverage during his career. His athleticism translates well to the NFL, and he projects as a late-round choice heading into the 2020 NFL Draft.

McFadden had a solid career at FSU with four interceptions in two seasons, but his NFL career was much more successful. He played six seasons in Pittsburgh after being taken in the second round by the Steelers. He had a stop with the Arizona Cardinals in the middle of his career, but went back to Pittsburgh to finish it. He finished his NFL career with nine interceptions, one touchdown and 56 passes defended. He also forced four fumbles and recovered another seven fumbles.

McDaniel was never the force that his recruiting rating may have built him up to be. He finished his four-year career with 95 total tackles, 13 going for a loss, two sacks, and two interceptions. He played one game for the Cleveland Browns in 2015, but spent most of his time on the practice squad.

Rolle is now known for his success outside of football, choosing an opportunity at Oxford University over a chance to be drafted in the top two rounds of the NFL Draft. In three seasons as a Seminole, Rolle recorded 206 tackles, 7.5 tackles for loss, one forced fumble, one interception and seven passes defended. He did eventually get drafted after finishing his time at Oxford, but went in the sixth round. He played three seasons for the Tennessee Titans before retiring and going to medical school.

Williams was the top-rated safety coming out of high school, but moved to running back for his last two seasons at FSU. He averaged eight yards per carry as a junior, and finished the season with 730 yards and 11 touchdowns. He followed that up 689 yards and 11 touchdowns his senior year as well as 29 catches for 265 yards and another score.

He was drafted in the fifth round by the Buffalo Bills and had a great start to his career. As a rookie in 2015, he rushed for 517 yards and seven touchdowns, picking up 5.7 yards per attempt. However, Williams has been suspended due to violating the league’s substance abuse policy three separate times.

Rouse had a pretty short stint at Florida State, only playing one season with the program in 2005. He caught six passes for 114 yards and a touchdown. He transferred to UTEP after his freshman season, then ended up at Concordia College before trying to make a final push toward the NFL, but he didn’t get drafted.

Davis had a solid career in Tallahassee with 137 catches for 1,842 yards and 12 touchdowns. In his last two seasons with the Seminoles, he caught 100 passes for 1,350 yards and nine touchdowns. He ranks ninth all-time in career receptions for the program. Davis was drafted in the fourth round by the Tennessee Titans in 2007 and was used mostly as a special-teamer. He finished his professional career with seven catches for 69 yards. He had 33 punt returns for 299 yards and six kick returns for 156 yards.

The Seminoles return to the shadow of Touchdown Jesus this weekend for the first time in 15 years, former Florida State All-American Travis Johnson looks back at that 2003 game in which the No. 5 Seminoles pummeled Notre Dame 37-0.https://t.co/6LpAqhdT7R pic.twitter.com/Nj0wosYFHG

Johnson was a dominant interior lineman as a ‘Nole. In 2004, he was named an All-American by multiple sites including a first-team spot from ESPN, CBS Sports, and Rivals. He finished his career with 43.5 tackles for loss, 10 sacks, and six forced fumbles. He was seen as such a force and was selected by the Houston Texans with the 16th overall pick. He played six seasons in the NFL with the Texans and Chargers, but his playing time was limited due to injuries.

In his two full seasons of college, James was an animal. He totaled 175 tackles, 15 tackles for loss, 5.5 sacks, and three interceptions. He was seen as one of the top prospects after his redshirt sophomore season, so he left early and was drafted by the San Diego Chargers with the 17th pick. James was selected to the Pro Bowl as a rookie with 99 tackles, 3.5 sacks, and three interceptions.

Akers was seen as the replacement for Dalvin Cook when he arrived in Tallahassee, and he didn’t disappoint as a freshman, picking up 1,025 yards and seven touchdowns. His sophomore season wasn’t nearly as successful, though, and only rushed for 704 yards and six touchdowns. Akers rebounded with a strong junior season before announcing he’d be leaving for the 2020 NFL Draft.

Booker was a really good all-purpose back during his four seasons in garnet and gold. He finished his career with 2,389 rushing yards and 15 touchdowns and 114 catches for 995 yards with two touchdowns. He was used as a part of running backs-by-committee for much of his career in college and was never really the lead back. However, Booker was drafted in the third round by the Miami Dolphins in 2007. He spent one season in Miami, then one in Philadelphia before playing his final two seasons in Minnesota.

As one of the best players on the defensive side of the ball on a national championship team in 2013, Edwards was pretty successful in his college career. He finished his career with 23 tackles for loss and eight sacks before forgoing his senior season and being drafted by the Oakland Raiders in the second round in 2015. After three seasons with the Raiders, he has now joined the New York Giants.

As one of only five recruits to get a perfect 1.0000 rating from 247Sports, there were obviously really high expectations for Sims coming out of high school. He was pretty dominant in his career, even earning first-team All American by ESPN in 2004. In that season as a sophomore, he finished with 86 tackles, nine for a loss, 4.5 sacks, two forced fumbles and a blocked kick. He was such a force that he was selected with the ninth-overall pick by the Detroit Lions in 2006. He played eight seasons in the NFL –four with the Lions, one with the Eagles, one with the Colts, and then two with the Cowboys. He was named to the NFL All-Rookie team in 2006 after finishing with 124 combined tackles.

This article was originally published December 24, 2018.