There will be no love lost between Nick Saban and Jimbo Fisher when the Alabama Crimson Tide and Texas A&M Aggies meet in Tuscaloosa on October 8th. For one, the Tide will be looking to get revenge after losing 41-38 on Seth Small's walk-off field goal last year. Two, Saban threw a mountain of gasoline on the fire by calling out Texas A&M and Fisher for their recruiting methods at a Wednesday night event with local business leaders in Birmingham.

"I mean, we were second in recruiting last year," Saban told the audience, per ESPN. "A&M was first. A&M bought every player on their team -- made a deal for name, image, likeness. We didn't buy one player, all right? But I don't know if we're gonna be able to sustain that in the future because more and more people are doing it. It's tough."

Saban's comments spread like wildfire around the college football world, and naturally, Fisher was anything but happy when they reached him. But, the point Saban was trying to make wasn't meant to be a direct shot at Texas A&M. It was more about the state of college football and how he believes name, image and likeness (NIL) rules are ruining the sport. He later said the problem with NIL is "coaches trying to create an advantage for themselves."

"That's not what [NIL] was supposed to be," Saban continued. "[Promising a player a specific amount of money is what] it's become. And that's the problem in college athletics right now. Now every player is saying, 'Well, what am I going to get?'"

The Alabama head coach's points about NIL as a whole are valid, but he singled out Texas A&M for using NIL to lure recruits, which Fisher and Texas A&M athletic director Ross Bjork denied. Not to mention, it's against NCAA rules. SEC Commissioner Greg Sankey publicly reprimanded the two coaches because their respective comments violated SEC bylaws related to "ethical conduct for derogatory comments and public criticism" of another institution's athletics program and staff.

Saban later apologized for his words about the Aggies and his similar comments regarding cornerback Travis Hunter's recruitment to Deion Sanders' Jackson State program, but the damage is done.

He ignited a rivalry with a SEC West opponent who's loading up on ammo to take his throne. 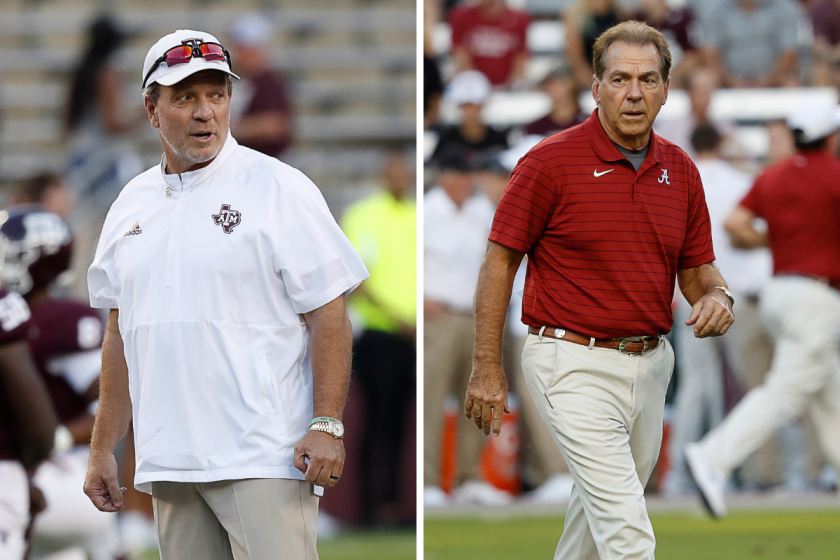 It's surprising a calculated guy like Saban would make these kind of comments considering he's notorious for taking McNeese State as seriously as Georgia. Any extra inch his opponent can get is bad news on his watch. It's just funny to me that it started over finishing second in recruiting. I can understand how a second-place finish must be frustrating for Saban. Alabama has only had the number-one recruiting class nine times since 2011. I don't know how they'll recover.

But this year's Texas A&M bunch, the No. 1-ranked group in country, is also the highest-rated group of all time according to 247Sports. Fisher's incoming freshman class is made up of eight five stars and 19 four-stars. The Aggies also had former LSU quarterback Max Johnson transfer in, and his younger brother, four-star tight end Jake Johnson, flipped from LSU to Texas A&M following Ed Oregron's departure.

And as Aggie recruiting has ramped up, Fisher, who spent five years as Saban's offensive coordinator at LSU, has proven his scheme works against Alabama. He became the first former Saban assistant to beat his old boss last season.

Now, Fisher and Texas A&M have extra motivation. Saban always has motivation. It seems to me we have the makings of a new rivalry. 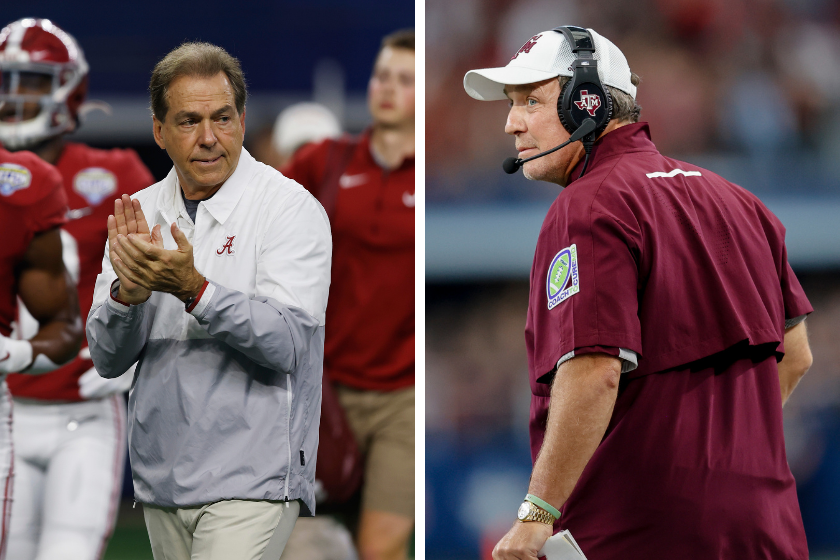 Alabama beat Texas A&M three of the four times the two squared off before the Aggies joined the SEC in 2012. However, TAMU made a loud entrance to the conference by going into Tuscaloosa and beating the Tide behind Heisman winner Johnny Manziel's historic performance. Alabama has won every matchup since, save last year.

Throw out the record books when these two meet again in October, though. Fisher will be hellbent on beating his former mentor, and he knows how to win big games. Saban will still be Saban and have his guys ready no matter who's on the other sideline.

Texas A&M's 2022 class, along with their sixth-rated 2020 class and ninth-rated 2021 class, mean the Aggies should be a force to be reckoned with in the coming years. They have the talent, Jimbo knows what it takes, and you can bet your mortgage both coaches have this game circled on their schedule.

The entire college football world will tune in when they line up against each other this fall, too. However, for this to be a real rivalry, Texas A&M will need some wins. Fisher is as hungry as ever, and with his collection of players, I wouldn't be surprised if he's able to best Saban again.