In Week 4 of the college football season, we saw five AP Top 25 teams lose -- three of which lost to other ranked teams (Florida, Wake Forest  and Arkansas). The final two, Oklahoma and Texas, fell to unranked conference opponents.

However, despite all of the upsets and Top 25 battles, it is still clear who the top teams are. The same five teams have resided in the top five spots of the AP Poll since the preseason poll was released in August: Georgia, Alabama, Ohio State, Clemson and Michigan.

But there are 20 other spots that have been shuffled about in the first quarter of the 2022 season, so let's take a look at the biggest notes from this week's new AP Top 25 Poll. 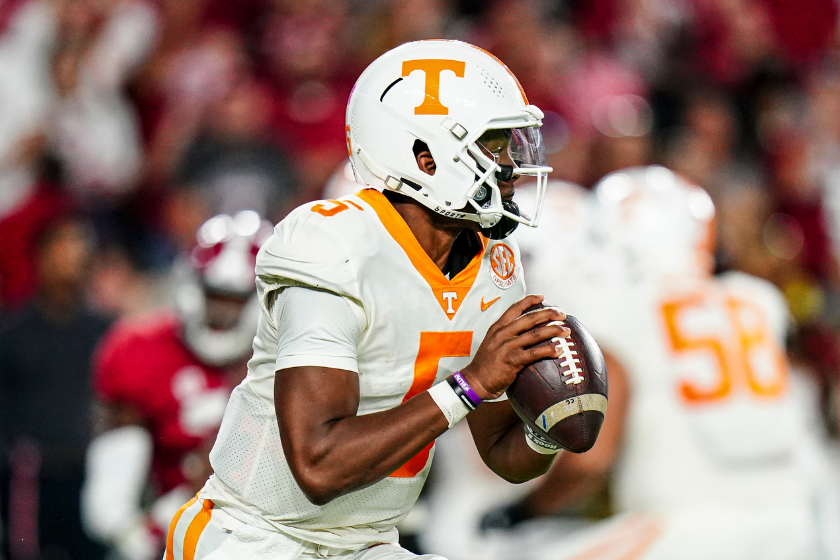 After falling to Appalachian State in Week 2, many college football fans were calling the Aggies frauds, but after back-to-back wins over Top 25 opponents, the Aggies are back on track to competing for an SEC Title.

Following their first conference win of the season, and second win over a Top 25 opponent, the Vols jumped into the top 10. 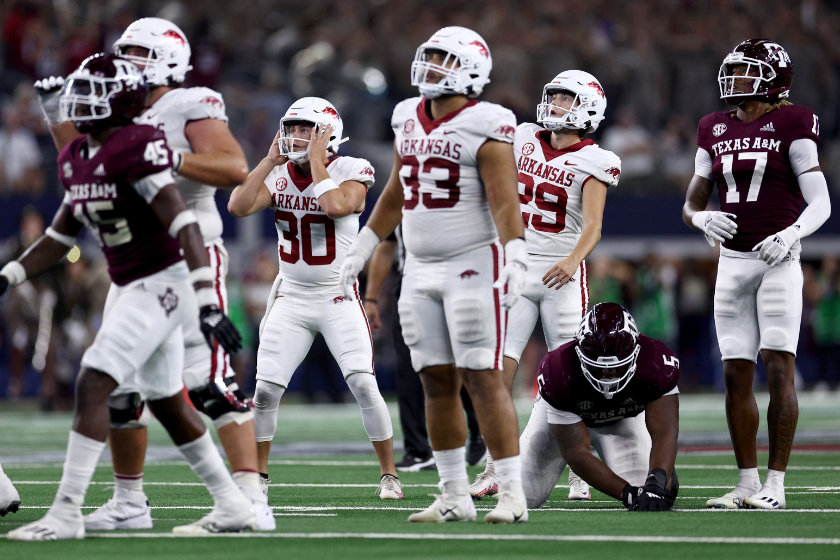 The Sooners had only allowed a total of 31 points in their first three games prior to allowing Kansas State to score 41 points, handing Oklahoma its first loss of the season.

The Razorbacks almost lost last week in their trap game versus Missouri State, but apparently they were even less prepared for the Aggies as Arkansas suffered its first loss on the season.

Fresh Blood in the Top 25 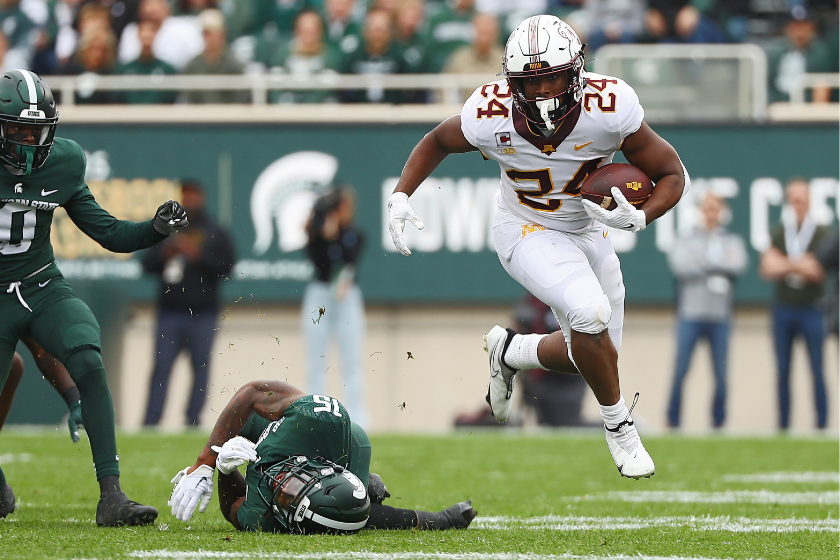 After beating the Michigan State Spartans 34-7, Minnesota has outscored their opponents through the first four games 183-24, making them the team to beat in the Big Ten West.

It's not the most impressive resume in the Top 25, but nonetheless the Seminoles are playing good football as they head into a three-game stretch against current Top 25 conference opponents.

After defeating and once again adding another blow to Oklahoma's playoff resume, the Wildcats claw themselves into the final spot of the rankings.

Free Fallin' Off the Rankings 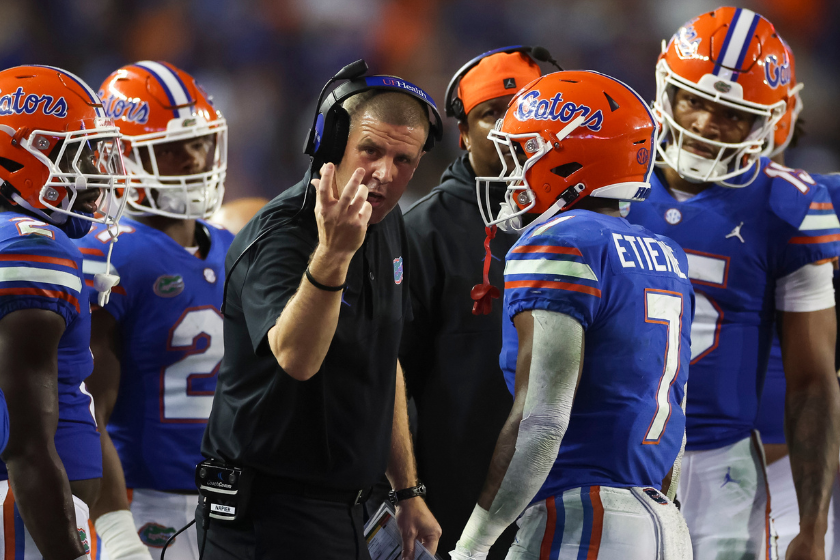 RELATED: Florida's Billy Napier Met Every Expectation By The Beginning of the 2022 Season

The Gators looked to be for real after Week 1 but have looked nothing like that since. They drop to .500 and out of the Top 25.

Texas also dropped to .500 on the season after losing to Texas Tech but could, and should, make an appearance in the Top 25 later this season.

After losing a heartbreaker to Texas A&M the week before, the Hurricanes follow it up with an embarrassing loss at home to Middle Tennessee that ends any hope for Miami to make the playoffs.

Key Storylines to Watch in Week 5 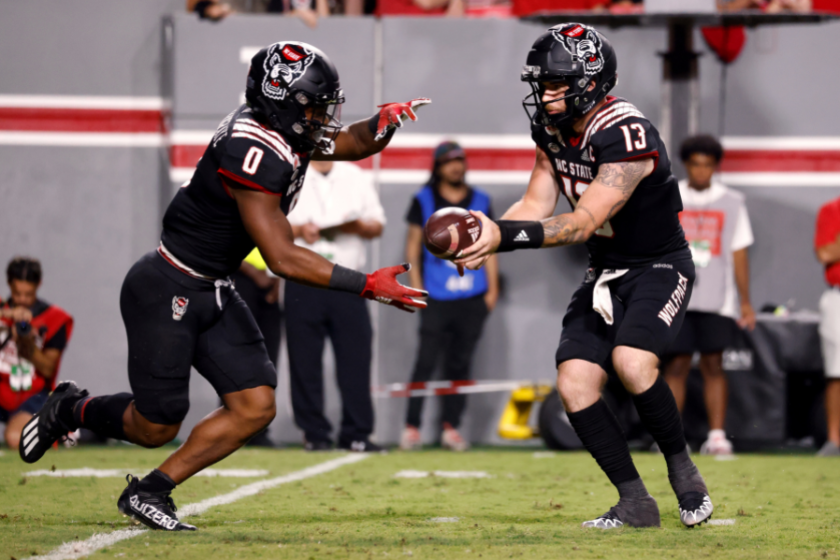 In this Saturday's slate of games, we have five games between AP Top 25 teams as Clemson, Wake Forest and Arkansas take on a ranked opponent in back-to-back weeks as the Tigers play the NC State Wolfpack, the Demon Deacons play the Florida State Seminoles, and the Razorbacks take on the Alabama Crimson Tide. The final two ranked matchups are capped off with the Kentucky Wildcats taking on the Ole Miss Rebels and the Oklahoma State Cowboys going on the road to play the Baylor Bears.

Not a lot of clear upsets are on the schedule for Week 5, but keep your eye on Friday night's meeting between the Washington Huskies and UCLA. The Bruins, who are also 4-0, look to make a play for a Top 25 Ranking.

The Texas Tech Raiders are playing in their third straight game versus a ranked opponent, taking on the Kansas State Wildcats in an early Saturday morning Big 12 matchup.