The time has officially come for the Texas Longhorns to prove that they're worthy of entering the SEC.

For the first time since the news broke about Texas joining the conference, they'll be facing an SEC opponent and none other than the Alabama Crimson Tide on Saturday, Sept. 10. The big question looms: Can they hang in the SEC?

The Decision to Join the Big Dogs 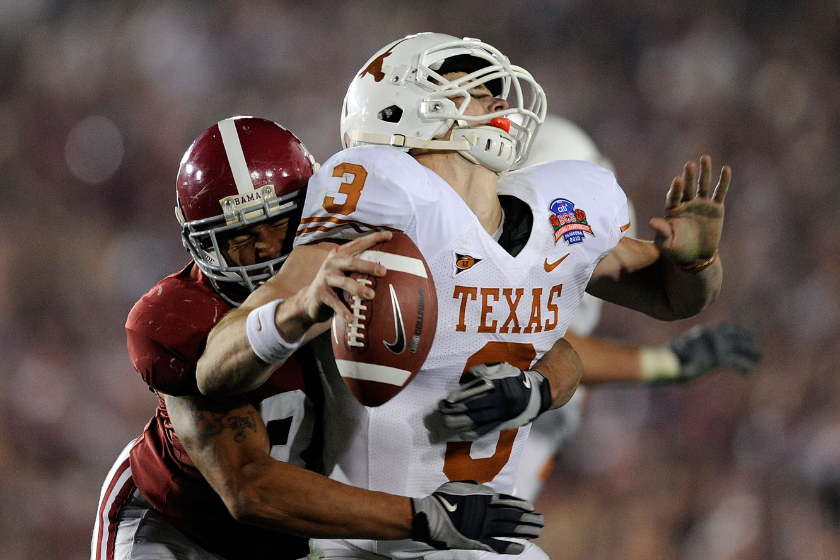 It's no secret that Texas has wanted to join the SEC for a while. This all goes back to the good ol' days of 1989 when Harvey Schiller served as the SEC commissioner. In April of that year, news reports started to come out about Arkansas, Texas and Texas A&M all moving over from the Southwestern Conference to the SEC by 1992. While this only proved true for Arkansas, Texas A&M and Texas fans longed to join the likes of Alabama, Tennessee and Auburn.

Once Texas A&M and Missouri left the Big 12 and joined the SEC in 2012, Longhorns fans everywhere were upset about its team being left behind. Their cries were finally answered nine years later.

The news about Texas finally joining the SEC broke on July 21, 2021 after the Houston Chronicle reported that Texas and Oklahoma officially reached out to the SEC about membership despite Oklahoma denying the rumors. The very next day, reports came out that none of the administration from either team showed up to the Big 12 conference call. On July 26, presidents from Texas and Oklahoma spoke with Big 12 commissioner Bob Bowlsby and the next day announced that they would not be renewing their media contracts when they expire in 2025.

The process continued to move rapidly and on July 27, Texas and Oklahoma's presidents wrote a letter to SEC commissioner Bob Sankey to formally request membership. Two days later on July 29, the SEC presidents unanimously voted to accept the teams into the conference and the deal was set in stone.

You Either Love It or Hate It 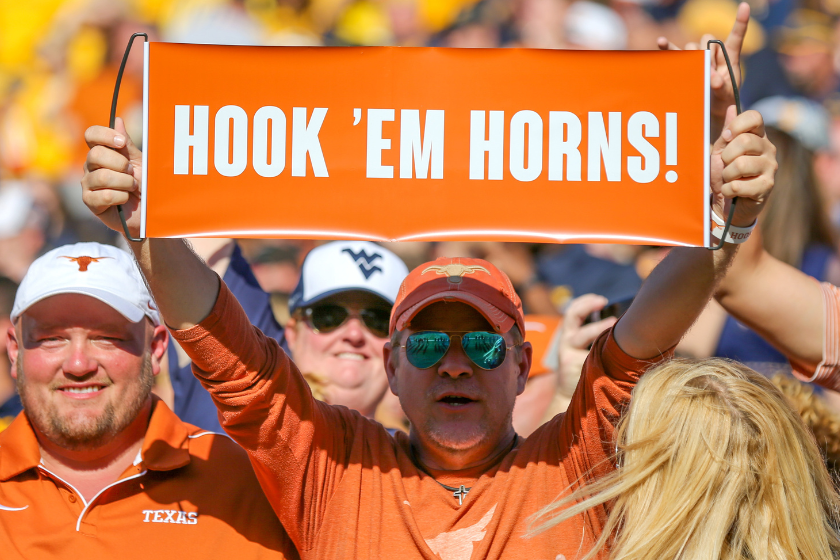 The news spread like wildfire around the country. While Texas and Oklahoma fans rejoiced being recognized for being good enough to join the SEC, other people didn't think too highly of the decision.

Most A&M fans hated the idea of allowing what they consider their "younger brother" into their conference. A&M athletic director Ross Bjork did not like the idea of Texas joining the SEC one bit.

"We want to be the only SEC program in the state of Texas," Bjork said. "There's a reason why Texas A&M left the Big 12 -- to be standalone, to have our own identity."

However, Former Aggie star Leon O'Neal Jr. was a fan of the idea and tweeted out, "Let OU and Texas in" the day after the news broke.

Despite what the haters say, Texas is joining the SEC in 2025 and there's nothing that can be done to stop it now.

Game Time for the Longhorns and Their Future Rivals 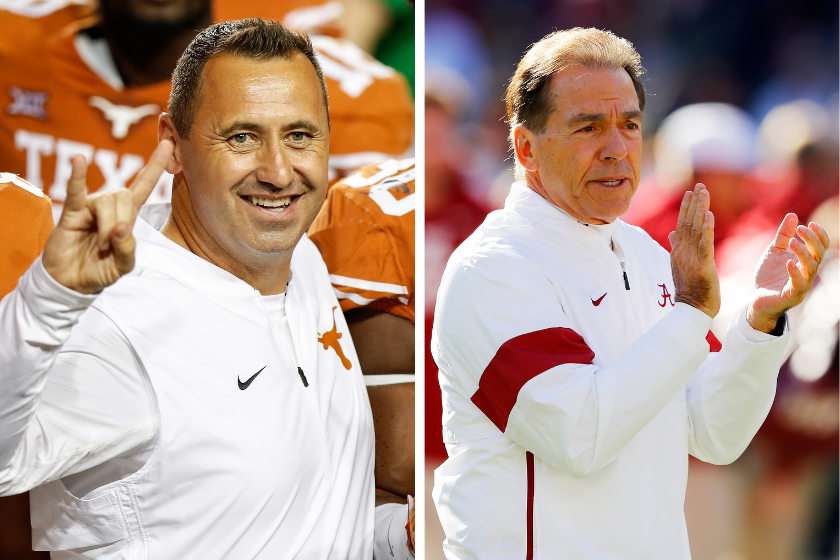 Moving on into the real reason this article is being written: this important matchup between Alabama and Texas.

Alabama has been a powerhouse in the SEC and the entire nation for decades. Behind head coach Nick Saban and countless stars, there's no stopping the Crimson Tide. This season, the offense looks to quarterback Bryce Young to repeat another Heisman-worthy season. So far, they've looked great in a dominating win over Utah State, 55-0. While the Longhorns are much better than Aggies (no, not A&M, but I could be biased), it'll be difficult for the team to hang with Alabama.

The Longhorns don't look too shabby either. Ohio State transfer Quinn Ewers has done a great job so far as the starting quarterback and the team put up 52 points in its win against UL-Monroe last Saturday. Despite needing some lessons in where to park, the team could have a really solid season. Maybe even great.

The game should be a great watch for fans throughout the nation, and ESPN sure thinks so as "College Gameday" will be in Austin for the matchup. With two offenses that are capable of high-scoring games, it'll be interesting to see how the defense matches up on both sides. 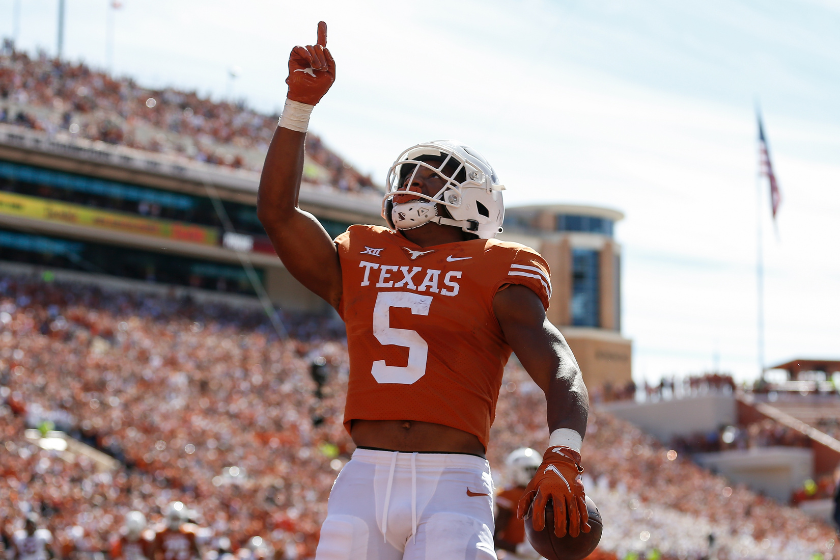 This isn't just your everyday primetime matchup. We know that these are two Power Five teams that have the ability to crush opponents, but this game has much more at stake for the Longhorns than the Crimson Tide.

Alabama doesn't need to prove anything with this game. Everyone knows that they get the job done and do it in a dominating fashion. While Texas has a great track record against SEC teams at 37-20-2, this is the first SEC matchup since news broke that they'd be joining the conference.

If Texas can stay on track and keep up with Alabama, then it'll show the nation, and especially Texas A&M, that they can handle being in a conference like the SEC. However, if the Crimson Tide rolls over the Longhorns, it'll just prove that what everyone has been saying about the team is true.

Even though the Longhorns won't officially play against SEC opponents as contender until 2025, the next few matchups, including Saturday's, will be important in gauging how successful this team will be in the future.

The question that remains is: do the Longhorns have it in them to prove everyone wrong? Or will they crumble under the pressure and embarrass themselves moving forward?

Only time will tell, but if there's one thing that's for sure, Alabama is going to give them a run for their money so they better keep their wallets open.