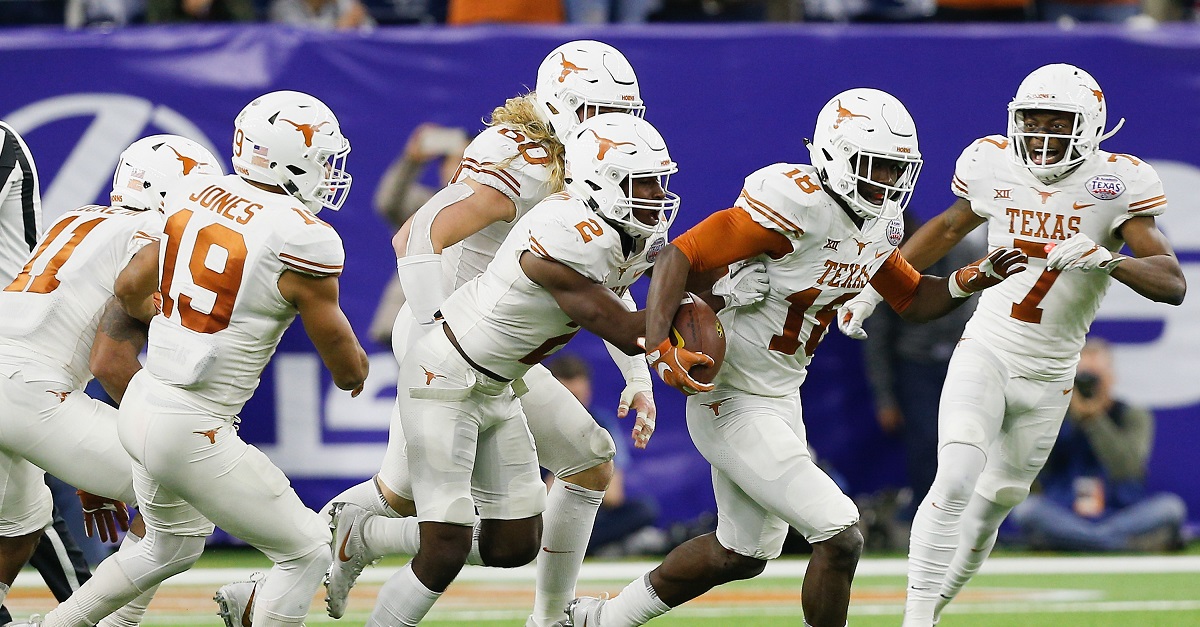 Bob Levey/Getty Images
HOUSTON, TX - DECEMBER 27: Davante Davis #18 of the Texas Longhorns celebrates with this teammates after an interception late in the fourth quarter against the Missouri Tigers at NRG Stadium on December 27, 2017 in Houston, Texas. (Photo by Bob Levey/Getty Images)

Texas had a top-10 rushing defense this season despite not having all the talent on that side of the ball that head coach Tom Herman probably wants. The defense also kept teams to under 22 points a game playing in the high-scoring Big 12 so it shouldn’t come as too much of a surprise that the team wants to keep defensive coordinator Todd Orlando.

However, what might be surprising is the amount of money they could end up paying him. There was one report earlier saying that Texas A&M had been pursuing Orlando and now it looks like Herman is going to reward Orlando’s loyalty. According Sports Illustrated‘s Pete Thamel, the Longhorns plan to make him a top-5 coordinator as far as salary goes.

SOURCES: Texas is in talks with DC Todd Orlando for an extension and raise that will make him a Top 5 paid defensive coordinator.

And Brian Davis of the Austin American-Statesman is hearing the number could be pretty large for a coordinator.

Initial target on new deal for Todd Orlando projected to be around $1.7 million annually, per Texas source. Final figure must be approved by UT regents.

Should Orlando get the contract extension, it would put him in the area of what Dave Aranda is making at LSU now — which is worth $10 million over four years — and would put him on par with Clemson’s Brent Venables as well who makes $1.7 million according to the USA Today salary database.

Texas also finished third in third down defense, allowing teams to convert 27.1 percent of the time and finished sixth in yards per carry allowed at a shade over three yards.