The Legendary 99-Pack of Beer Crafted by Austin Beerworks 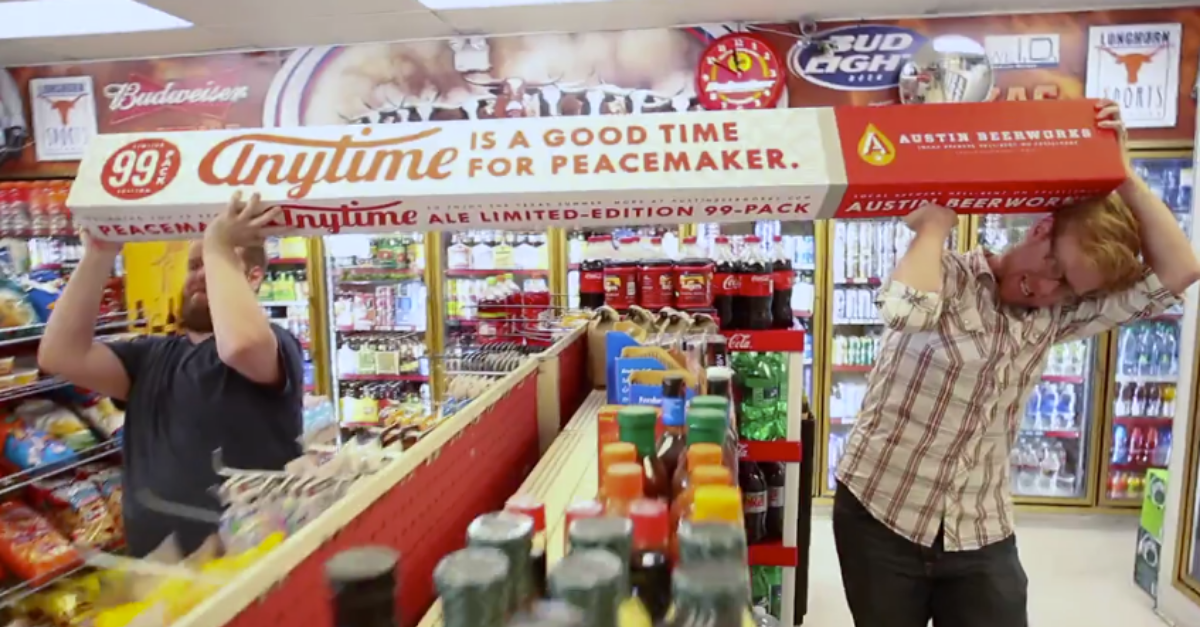 Hate stocking your Saturday tailgate with multiple cases of beer? Are kegs too big or heavy to travel?

Well, Austin Beerworks came up with the ultimate idea to cure those issues. Back in 2014, the Texas-based brewery created an incredible 99-pack of beer for $99 to celebrate the re-release of its pale ale, Peacemaker. While a hilarious advertising campaign made this seven-foot-long behemoth seem like a hoax, it was anything but. Austin Beerworks’ campaign quickly went viral on social media, and it’s limited supply of 99 packs of beer sold out.

Maybe you’ve seen incredible packs like this before? Well, yes and no.

Pabst Blue Ribbon created its own version of the 99-pack inspired by Austin Beerworks’ original campaign. Wide Open Eats reported that PBR’s campaign made another comeback in November 2019, when PBR donated $9,999.99 to the Central Texas Food Bank in honor of the community where the idea came from.

It wasn’t always so cordial between the micro and macro brewers, however.

After PBR’s release back in 2017, Austin Beerworks wrote a Facebook post pointing out that “We didn’t think anyone would ever come up with a stupider idea” than their’s (joking, obviously).

We didn’t think anyone would ever come up with a stupider idea than the 99-packs of Peacemaker Anytime Ale we released in 2014. But Pabst Blue Ribbon proved us wrong.

With all the resources in the world, the best they could come up with is a bad version of something that’s already been done.

Without passion and creativity, all you end up with are watered down ideas (and beer). That’s why there will always be a place for Craft Beer. Thanks for the reminder.

There’s plenty of beer to go around, and while PBR is still going strong with their limited edition 99-pack, shoutout to Austin Beerworks for creating the original.

MORE: Nothing Says Baseball Like Catching Foul Balls With a Beer