Gus Johnson and Joel Klatt of FOX are right up there with Kirk Herbstreit and Chris Fowler of ESPN in terms of college football broadcasting greatness. Klatt is quick with his analysis and breakdown of plays, and Johnson has one of the most recognizable voices in all of sports with his loud and electrifying play calling. Unfortunately, these two are seen primarily at the noon (11 a.m. CST) kickoff slot and not in a primetime spot. For some of their games, it makes sense, but the majority of their games kickoff just as you're ordering your pizza and wings.

Why is FOX Burying Marquee Matchups at Noon? 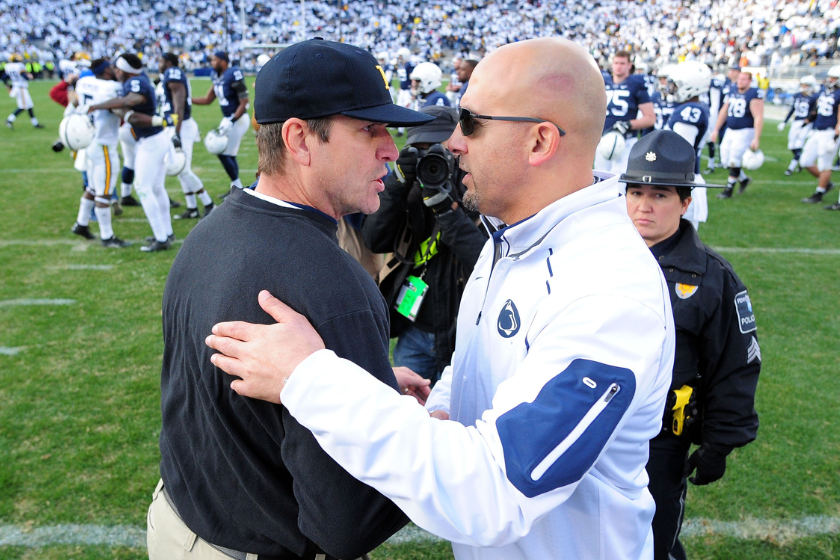 Herbstreit and Fowler, on the other hand, enjoy the luxury of later kickoff times, and the majority of their games are set during primetime. Granted, ESPN enjoys a wider availability of games, with nearly every conference represented, while FOX only gets the Big Ten, Big 12, and some of the West Coast games of the Pac-12. Some will argue, "If FOX's top duo is calling a game at the same time as ESPN's top duo, viewership and ratings will be skewed."

Once you get into the heart of the season there are way too many games that could be primetime for this argument to stand. This weekend we have six matchups between AP Top 25 teams and three of those games are between undefeated teams. Here are the start times for those games (all times Eastern):

There are plenty of primetime worthy games, but only two games actually get those slots. USC and Utah are kicking off at 5 p.m. local time but the game should not be on FOX; it should be on ESPN/ABC, allowing for the Penn State and Michigan game or TCU and Oklahoma State game to get the primetime slot for FOX.

This is something that has been seen before with FOX's media deal with their conferences. One of the biggest non-conference games this season was that of Alabama on the road against Texas. This was a huge game for both schools and the kickoff time was once again at noon. Not to mention, the Texas heat was definitely a factor that should have been taken into consideration when the sports networks, conferences, and the NCAA sat down to discuss game times.

I'd also like to raise the argument of Big Noon Kickoff being renamed to "The Michigan Kickoff Show" as this Saturday's game will mark the fourth straight week that their pregame show and best commentating duo will be involved with the Wolverines' game.

Is FOX Afraid to Compete with GameDay? 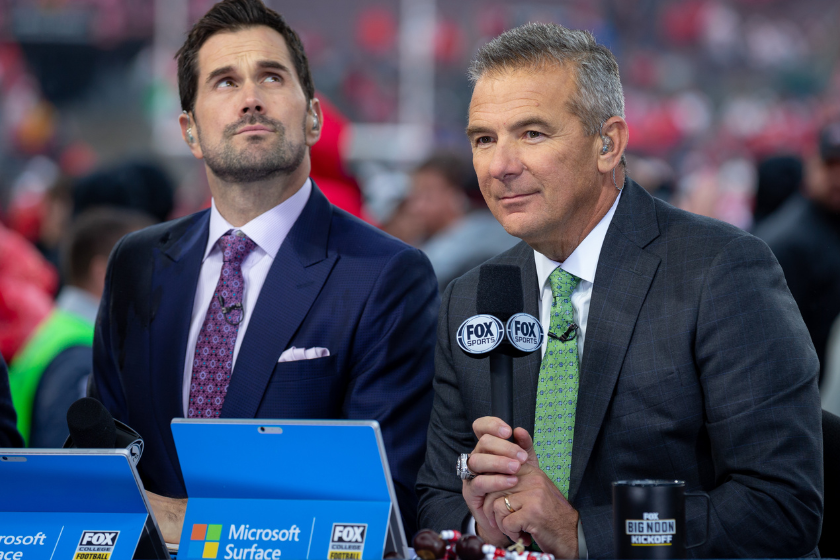 RELATED: The 10 Most Memorable College GameDay Guest Pickers, From Bill Murray to LeBron

FOX, Joel Klatt and Gus Johnson, and the Big Noon Kickoff are the only thing that can rival ESPN's College GameDay but they miss more times than they hit. To be the best, you have to take on the best, which means your start times and casters should be chosen wisely. Pregame shows should follow the same logic; variety is the spice of life, and pregame shouldn't be at the same location every week.

.@CollegeGameDay at @KUAthletics recorded the best viewership of the season! ?

FOX Sports and Big Noon Kickoff can and should be better. They can start by picking better locations and games for their top commentating duo to call. Gus Johnson should never have to call an Iowa game-- it's a slap in the face and wastes his enthusiastic big play announcements. Undefeated teams and potential playoff teams should always be in the primetime slot with Klatt and Johnson on the call.

MORE: Penn State Has Nothing to Lose in Top-10 Matchup vs. Michigan