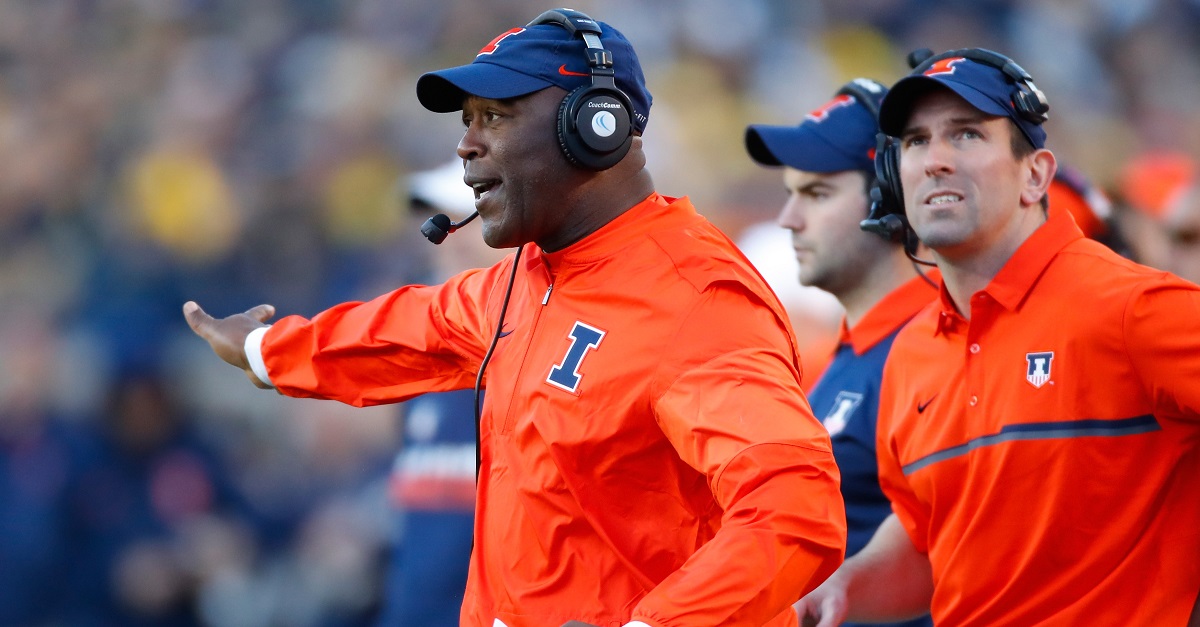 Illinois head coach Lovie Smith was not in a very good Christmas spirit as he fired his offensive coordinator just two days before the holiday. However, he looks to be getting over that as he has now hired away Arizona’s Rod Smith to take over as the new offensive coordinator.

“Rod Smith brings terrific and exciting offensive experience to our staff at Illinois,” Smith said. “His background and development of dual-threat quarterbacks and multiple-threat offenses is the direction we are going here. Rod has developed explosive quarterback play and offensive performance at each of his coaching stops.”

It wasn’t expected that Smith would stick around with Arizona after Kevin Sumlin was hired. Smith comes back to the Big Ten after having coached quarterbacks at Michigan from 2008 to 2010 and he also had stops at Clemson, South Florida, Indiana, Urbana University and West Virginia Tech.