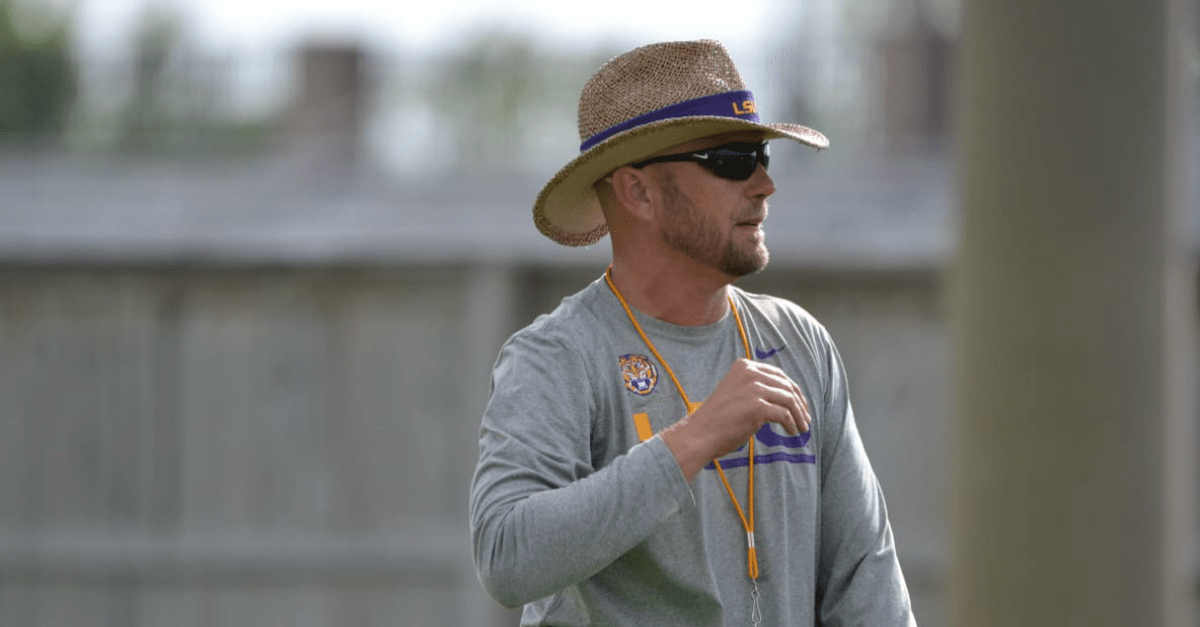 According to a report, former LSU Tigers offensive coordinator Matt Canada is taking a job with the Maryland Terrapins.

This report comes via ESPN’s Adam Rittenberg, who wrote:

SOURCES: Maryland has hired Matt Canada as offensive coordinator. Canada is on campus today and currently in the football building. He has agreed to a multiyear contract with the school. LSU and Canada parted ways earlier this month. As part of a separation agreement, LSU will pay Canada $1.7 million of the $3.3 million left on his contract.

Canada joined LSU’s staff last offseason after being named a finalist for the Broyles Award during his one-year stint at Pittsburgh.

However, the Tigers struggled offensively in 2017, ranking ninth in scoring offense (27.2 points per game), eighth in passing offense (193.9 yards per game) and seventh in total offense (411.1) among SEC teams.

Canada will replace Walt Bell at the position for the Terrapins. Bell left the school to join Willie Taggart’s staff at Florida State.