He drives a $200,000 Mercedes G-Wagon. He makes an estimated $2.7 million in name/image/likeness-related deals. He's the face of the Ohio State football team. And he could very well be holding the Heisman Trophy at season's end before entering the NFL.

C.J. Stroud might even be the face of college football right now. Considering his upbringing, that's more than impressive. While Stroud was busy turning himself into a blue chip prospect in high school who courted offers from the likes of Ohio State and Michigan, he was doing it without his dad. Stroud's father went to prison while Stroud was still in middle school, leaving him, his mom and his three siblings to rely on each other.

Years later, as he's lighting up NCAA defenses, Stroud is able to look back and be proud of where he is.

CJ Stroud's Parents: The Tragic Tale of His Father 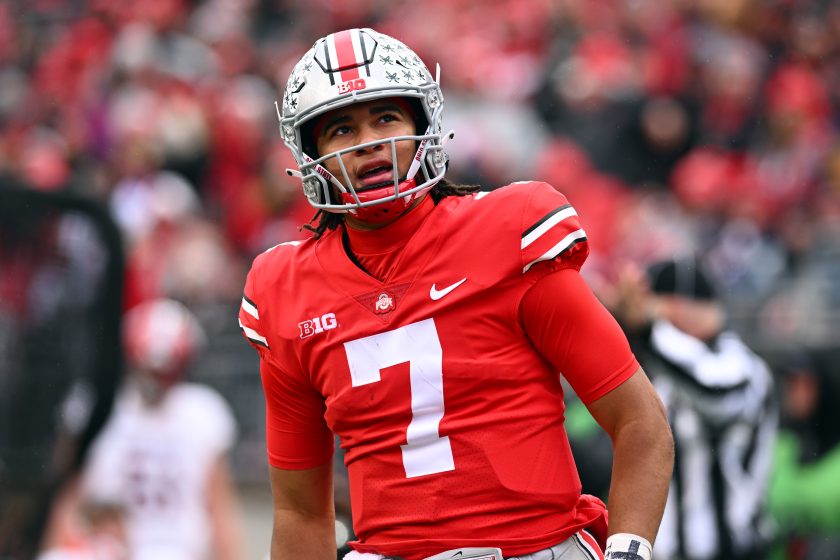 Stroud grew up the youngest of four kids. His early life was centered on church life in Rancho Cucamonga, California, where his father, Coleridge Bernard Stroud, was a pastor. His mother, Kimberly Stroud, was the first lady of the church.

Stroud's father, whom Stroud is named after, was the first to put a ball in his son's hands when he was 5. He considered his father his best friend before he was sent to prison -- for a second time -- while Stroud was still in middle school.

Coleridge Bernard Stroud had turned his life around after he was imprisoned 20 years earlier for a drug conviction. He was a pastor, a successful executive, a coach and a father to Isaiah, Asmar, Cieara and C.J.

Drugs made their way back into Coleridge's life while his children were young. A divorce from Kim only fueled a spiral that led him back to prison. In 2016, he was convicted on charges of carjacking and kidnapping, according to The Columbus Dispatch. He's still being held in California's Folsom State Prison, where he isn't eligible for parole until 2040.

For a long time, C.J. Stroud refused to speak publicly about his father's struggles. But he wants to be an advocate for those going through similar childhoods.

"It's definitely tough, I'd be lying if I said it wasn't. My pops, he was my best friend, to have your best friend be snatched like that, it was tough. My mom tried her best to make sure we were straight, but a lot of times I was on my own. It's a lot that went through it, but when I talk to him now, I don't hold any ill will. I told him, 'I love you.' He made his mistakes, I've made mine. It's not about the bad. Just being a Black man in this world, we're held for the bad stuff we do, not the blessings. My dad went to prison before he had us, before he met my mom, for six years. He changed his life for 25 years and was past it," he told 247Sports.

"I grew up in church like Bijan Robinson. I was a pastor's son. I didn't have a Christmas or Thanksgiving where I wasn't giving trying to help. I just look at the things my dad did that were positive, but for a while, I wasn't like that. I hated my pops, for real. Like man, how could you leave me like that? As I became an adult, I realized the stress it is on Black men to uphold the household. A lot of people don't care about us. Even some people in your own house don't care. You have a job to do, I'm 20 years old, I'm still young, but that's my job in my house. And that's a lot of stress. If I didn't have God in my life, I don't know where I'd be."

Stroud said he has forgiven his father. He understand people make mistakes. He's also thankful for the time he and his father shared when he was young, because that's what helped make him the man he is today.

Kim Stroud had a lot do with that too. CJ Stroud and his mother Kim at the 2021 Heisman Trophy ceremony. (Screenshot from YouTube)

Coleridge's imprisonment left Kim to raise four kids by herself. She worked as a property manager, but money was tight. She had to downsize houses four different times.

"It sucked," Stroud told The Columbus Dispatch. "But now it teaches me that money really doesn't matter. Money really isn't an object to me because it can be gone in the blink of an eye, which I think is a positive (thing to understand)."

Still, Stroud became a two-sport star at Rancho Cucamonga High School in football and basketball. As a point guard, he led the Cougars to a CIF Division II runner-up finish in 2018. He also threw 47 touchdowns as a senior quarterback. And he realized his future was football. Michigan's Jim Harbaugh once came and watched an entire game of his. Georgia made an offer to him. But it was Ryan Day's Ohio State program that Stroud chose.

Kim was instrumental in getting him there, but she acknowledges that she didn't do it by herself.

"We had a lot of support from a lot of different coaches on travel-ball teams," Kim told The Columbus Dispatch. "It took a village. Because he was so talented, there were so many people that kind of rallied around him and kept him involved. There were times where I couldn't pay for certain equipment that he needed, but they would give C.J. the equipment anyway. But it was a hard time for C.J. from seventh grade into high school." 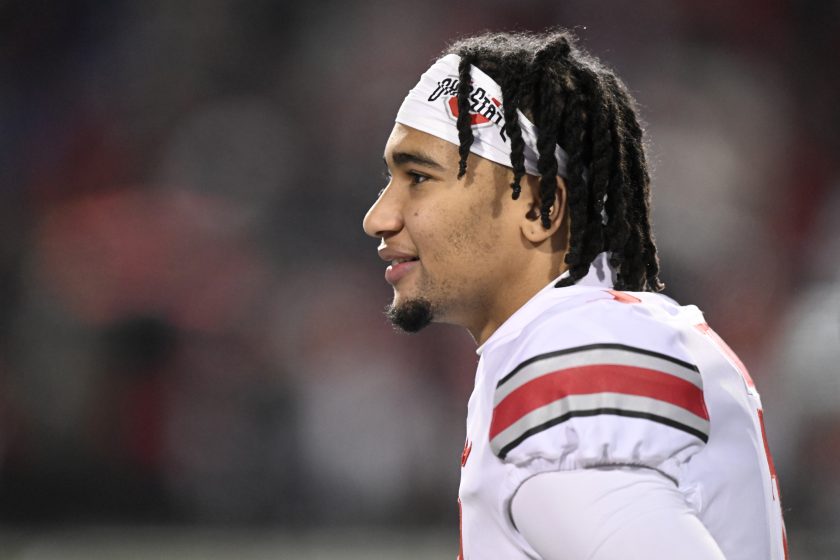 As Ohio State prepares for "The Game" against Michigan this rivalry weekend and a run at the College Football Playoff, Stroud will have a chance at cementing himself in Ohio State history. And it took a village to get him to this point.