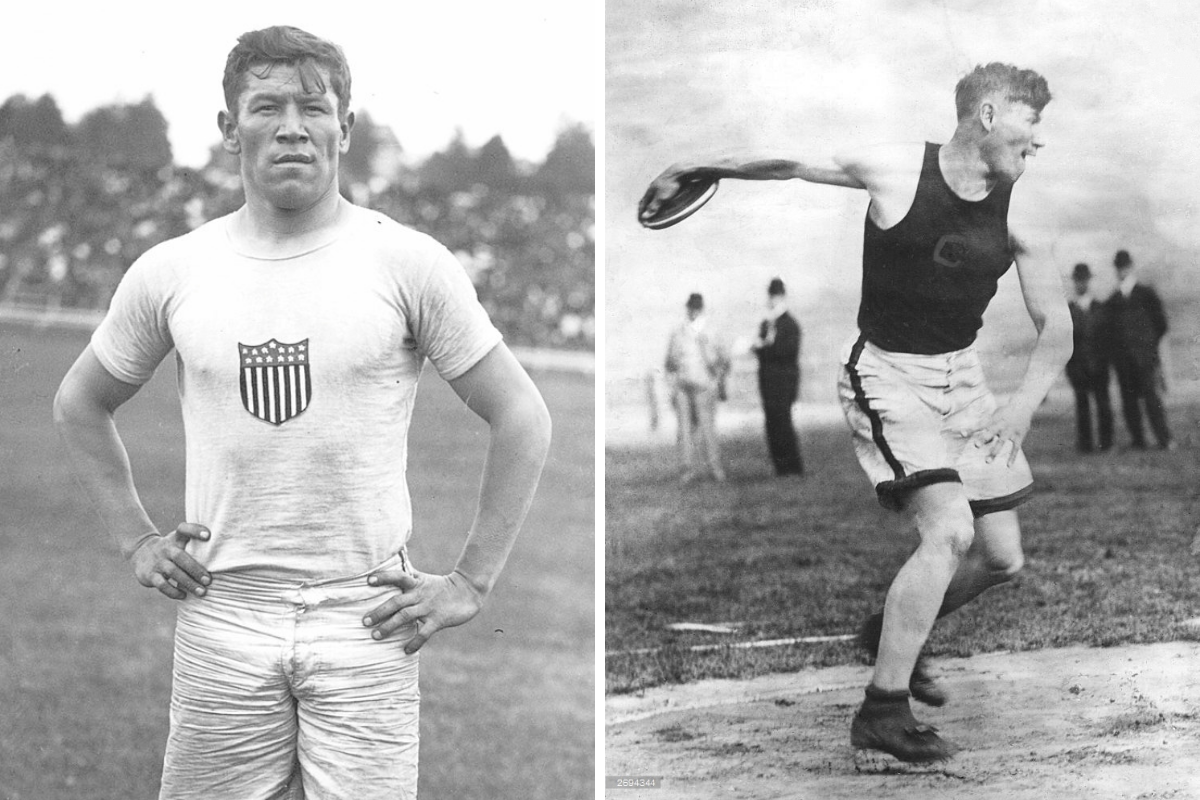 “He’s the greatest athlete of all time. Still. To me, it?s not even a question.”

As the ocean liner Finland sailed across the Atlantic Ocean towards Sweden for the 1912 Olympic Games, the United States Olympic team was loaded with star power. Among them was George Patton, who went on to become a General of the U.S. Army during World War II. There was Hawaiian Duke Kahanamoku, who made surfing the global sport it is today.

Then, there was an American Indian named Jim Thorpe.

Who is Jim Thorpe?

A journalist on board that ship saw Thorpe, whose 185-pound chiseled frame was years beyond his time, casually relaxing on a deck chair during the voyage. “What are you doing, Jim, thinking of your Uncle Sitting Bull?” the man sarcastically asked.

“No, I?m practicing the long jump,” Thorpe replied. “I’ve just jumped 23 feet, eight inches. I think that will win it.”

That wasn’t cockiness, either. That was simply Jim Thorpe. As he was voted by the Associated Press, the former Canton Bulldogs star is renowned as the greatest athlete of the first half of the 20th century.

The Sac and Fox Nation Indian, James Francis Thorpe, was born in Indian territory, in what is believed to be Prague, Oklahoma, to parents Hiram and Charlotte Vieux. Thorpe was orphaned after his father Hiram passed away.

Thorpe, whose native name is Wa-Tho-Huk or “Bright Path”, didn’t like attention, nor did he care for anyone heralding his incredible athletic feats. Poet Marianne Moore, who was one of Thorpe’s teachers at Carlisle Indian Industrial School in Pennsylvania, said of Thorpe, “He was offhand, modest, casual about everything in the way of fame or eminence achieved.”

There’s a story from The Smithsonian that Thorpe, who was 5-foot-8 at the time, was walking across the Carlisle campus when he saw a group of upperclassmen practicing the high jump with the bar set at 5 feet, 9 inches. Wearing overalls and a thick, hickory work shirt, Thorpe cleared the bar with ease. The next day, the kid was approached by Carlisle’s head track and football coach, Glenn “Pop” Warner.

?Have I done anything wrong?? Thorpe asked.

“Son, you?ve only broken the school record in the high jump,” the legendary coach replied. “That?s all.”

It was the discovery of a truly remarkable sports icon and American athlete. Thorpe went on to excel in football, baseball, track and lacrosse. He also dominated in hockey, handball, tennis, boxing and ballroom dancing. In 1912, Thorpe led Carlisle’s football team to a 12-1-1 record, rushing for 1,869 yards and average 9.8 yards per carry.

There were two games that season where his stats weren’t recorded. It’s safe to say that Thorpe was college football’s first-ever 2,000 rusher, a feat that no player officially accomplished until Pittsburgh’s Tony Dorsett in 1976.

1912 Olympics & The Garbage Can Shoes

His natural ability led him to compete in the Eastern Olympic Trials at New York’s Celtic Park in 1912. Thorpe had never thrown a javelin or pole-vaulted in his life before then, both of which were required events for the decathlon. He didn’t even know he could take a running start while throwing a javelin, so he just stood there and launched it.

He took second place in the javelin and qualified for the 1912 Summer Olympics.

Thorpe’s performance in Stockholm, Sweden, was something of a miracle. Thorpe won four out five events in the pentathlon, taking the gold medal with ease, before moving onto the three-day decathlon, which is comprised of 10 events in all the major track and field disciplines.

Before the second day of decathlon, Jim Thorpe’s shoes were stolen. Hastily, he found two different shoes lying in a garbage can to compete with. (One of them was too big, so he wore an extra sock to make it fit.) Thorpe won the high jump, then won the 110-meter hurdles with a time of 15.6 seconds. No Olympic athletes matched that time for almost 40 years.

“Prior to the 1500 meters in the decathlon Jim reached into his Jim bag to pull out his shoes and they were missing,” said Bob Wheeler, author of the biography “Jim Thorpe: The World?s Greatest Athlete.”

“There?s lots of theories about why they were missing or who took them or what happened, but the fact is that he had a matter of minutes to get to the starting line. He frantically asked teammates if they had an extra pair of shoes. One teammate had an extra shoe. It was too small but he squeezed his foot into it. And the other shoe he found in a trash bin. It was too big and he put a couple pair of socks to make that fit. Then he went out and competed against the greatest decathletes in the world and won the race at 1500 meters.”

Thorpe took first place in four decathlon events, then finished fourth or higher in the six others others while wearing two different shoes. No Olympian had accomplished that Olympic record before, and no one has done it since. Ever.

“[Thorpe is ] the greatest athlete of all time. Still. To me, it?s not even a question,” Olympic historian Bill Mallon said.

While King Gustav V of Sweden placed two Olympic gold medals around Thorpe?s neck, he told the gold medalist, ?Sir, you are the greatest athlete in the world.?

? From Jim Thorpe’s Obituary, via The New York Times.

The two-time All-American college football player went on to play in the National Football League, made a short stint as a pro basketball player and even played seven seasons in Major League Baseball after putting on one of the greatest Olympic performances ever. He was even the first president of the American Professional Football Association and has since been inducted into the Pro Football Hall of Fame.

The IOC Stripped Thorpe of His Medals

On this day in '83 the IOC finally restored Jim Thorpe's gold medals in the 1912 Pentathlon and Decathlon events. He had been stripped of his medals in 1913 for playing baseball for about $5 at a time when he really needed money. It was a petty gesture against an all time legend pic.twitter.com/TelXLTk1KJ

It’s a shame that the International Olympic Committee refuses to acknowledge what he did in 1912.

The IOC stripped Jim Thorpe of his Olympic medals and erased him from their formal record of those Olympic games because he played Minor League Baseball in 1909, which ended his amateur status.

In 1982, the IOC finally returned Thorpe’s medals to his family, but still have not restored his performances to their official record books.

“It’s a damn shame it took that long, but that’s the way things work sometimes. I think it would have been restored long ago. But Avery Brundage was the chairman of the International Olympic Committee for many years. He competed in 1912 and got beat real bad by my dad.

“And of course, in 1912, there was a little bit of prejudice against Indians.”

A victim of racism for his Native American heritage, Thorpe didn’t give a damn about any of that. He was a quiet, reserved man who simply wanted to compete. He broke wild horses, learned to shoot, trap and ride by the time he was six years old, and he used that keen ability of studying nature to his athletic advantage. Thorpe became the world’s greatest athlete by watching others, imitating successful techniques and putting them to use.

It’s truly remarkable how one man can do all these things, yet his greatness is never heralded in this day and age. I mean, the guy dominated the Olympics wearing two shoes of different sizes he found in a trash can.

From the Olympics to the NFL to professional baseball, there?s never been an athlete like Jim Thorpe. It?s very likely there will never be one like him again, either. The great Thorpe passed away in Lomita, California, in 1953 after suffering a heart attack. His body was sold to the Pennsylvania towns of Mauch Chunk and East Mauch Chunk, who combined and renamed themselves as Jim Thorpe, PA.

This post was originally published on May 2, 2019, but Jim Thorpe is still the greatest athlete to ever live.