Sports are full of watershed moments. Only a select few are etched into your memory and make the hair on the back of your neck stand up.

No matter who your team is or where you're from, there's an unspoken consensus that the "Miracle on Ice" at the 1980 Winter Olympics is above the rest. It had everything we love in a sports story: an underdog team taking down a global powerhouse in front of its home crowd. A team that never backed down from a challenge. A team that came together on the biggest stage.

All the sports ingredients combined with the political turmoil surrounding the Cold War made Team USA's 4-3 win over the Soviet Union a beacon of the 20th century.

Leading Up to The 1980 Winter Olympics 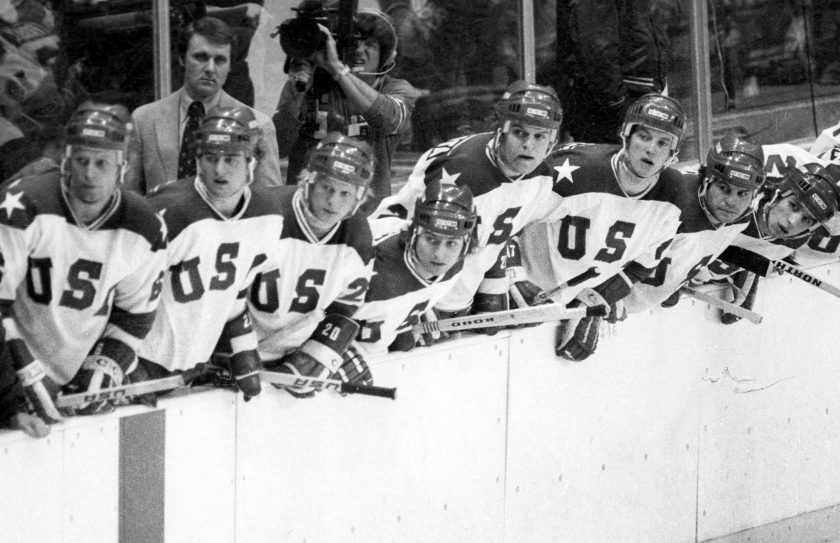 Political tension was mounting going into the Winter Games in Lake Placid, New York. President Jimmy Carter threatened to boycott the 1980 Summer Olympics in Moscow due to the Soviet Invasion of Afghanistan in 1979. He later followed through.

The Soviet Union made their way to Upstate New York anyway. The pride and joy of the USSR was their hockey team. Made up of several international professional players such as goaltender Vladislav Tretiak, right wing Boris Mikhailov and forward Valeri Kharlamov, the Soviets were the four-time defending gold medalists and the hands-down favorite.

If you've seen the movie "Miracle" starring Kurt Russell, you know the meat and potatoes of the story. The USA hockey team is young, the Soviets are a well-oiled machine. Brooks makes them skate lines again and again and again. The crew of kids only a few years removed from high school eventually finds its groove.

They start winning games in preparation for the Olympics only for the Soviets to give them a reality check in a 10-3 exhibition game blowout at Madison Square Garden.

That was all the Americans needed to kick it into gear for the Olympic Games. The ice hockey team surprised everyone in the group stage with their cohesive play, going 4-0-1.

The familiar Soviet team awaited in the medal round.

The hockey game was fast and furious. Team USA scored a last second goal in the first period to knot the game at 2 apiece.

Tretiak, the alleged best goalkeeper in the world, was replaced by backup Vladimir Myshkin in the second period. The USSR held a 3-2 lead heading into the third.

Goals by Johnson and Eruzione quickly erased the deficit and gave the Americans a 4-3 lead. They held on for the remainder of the game to do the unthinkable.

"11 seconds, you've got 10 seconds, the countdown going on right now! Morrow, up to Silk. Five seconds left in the game. Do you believe in miracles? YES!"

The fans went bonkers. The players celebrated on the ice. The Soviets stood there in disbelief as their hopes for a fifth straight Olympic gold medal were flushed down the drain.

It's easy to forget the U.S. had to beat Finland two days later to secure the gold.

Several USA players went on to play in the NHL, but no professional glory could compete with the time they were Olympians.

It's hard not to get goosebumps when hearing Al Michaelss call.