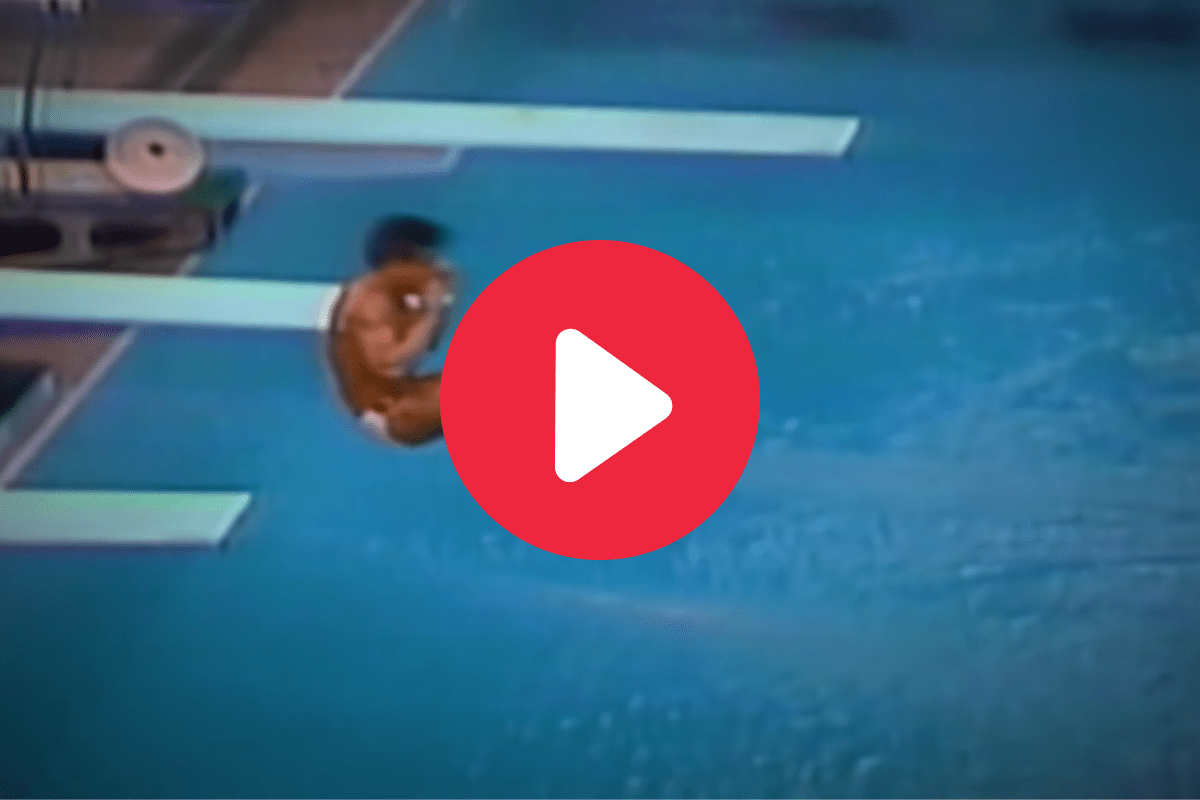 When you think of an athlete overcoming injury for glory, a diver is perhaps not the first athlete you think of.

What would a diver ever have to overcome? A nasty belly flop? Well, as famous diver Greg Louganis showed us at the 1988 Seoul Olympics, being a diver is not without its true physical peril.

RELATED: Michael Phelps? Net Worth: How The Greatest Olympian Earned His Gold

The 1988 Summer Olympics was not Louganis‘ first foray into the Olympic Games.

In 1976, Louganis went to Montreal and won the silver in the 10-meter platform. The Americans boycotted the 1980 Olympics in Moscow, which means the man many call the greatest diver ever had to wait until the 1984 Olympics in Los Angeles, California, to compete on diving’s biggest stage again.

Louganis was the star in the Olympic diving events in 1984. He won gold medals in both the 10-meter platform and the 3-meter springboard competitions. In 1982, he had become the first diver at a major international competition to register a perfect dive with all seven judges when he did it at the World Championships. Olympic gold was almost a given in the minds of many.

For the 1988 Olympics in South Korea, Louganis was named to the U.S. Olympic squad again. The diver was the favorite once again, but then things took a scary turn.

During the preliminary round of the springboard, Louganis was a little off on his attempt. Because of this, he smacked his head on the diving board. The thud was disconcerting for anybody watching, including his fellow Olympians. Then, the blood appeared in the pool.

While modern perspective lets us know that Louganis had a concussion, but the head injury that concerned people the most at the time was the gash on the back of his head. Fortunately it wasn’t terribly serious, as four stitches managed to close it up. However, as Louganis said in an interview with NBC years later, he and his coach Ron O’Brien had another fear. Unbeknownst to almost everybody at the time, Louganis was HIV positive.

Qualifying continued, though, and Louganis needed to make another dive. In spite of his head wound, he completed another dive, one that earned him the highest score in the preliminary round.

The next day the finals were held. Once again, Louganis overcame his injury to win diving gold in the springboard. On top of that, he became the gold medalist in the platform as well. Louganis made Olympic history by becoming the first man, and second person, to sweep the diving events in back-to-back Olympics.

This would be the end of Louganis’ Olympics career. He came out as gay in 1994 as part of the opening ceremony of the Gay Games. The diving legend then released his memoir titled “Breaking the Surface” in 1995. A couple years later it was turned into a TV movie. A.C. Slater himself (Mario Lopez) played Louganis. There is truly no greater honor.

Louganis hitting his head on the diving board has become one of the indelible moments in Olympics history. In part because of the blood, sure, but also because Louganis persevered to dive again that day and then win gold the next day.

Fingers crossed nobody at the Tokyo Olympics repeats this particular piece of history.