What Happened to Carl Lewis and Where is the Olympic Legend Now? 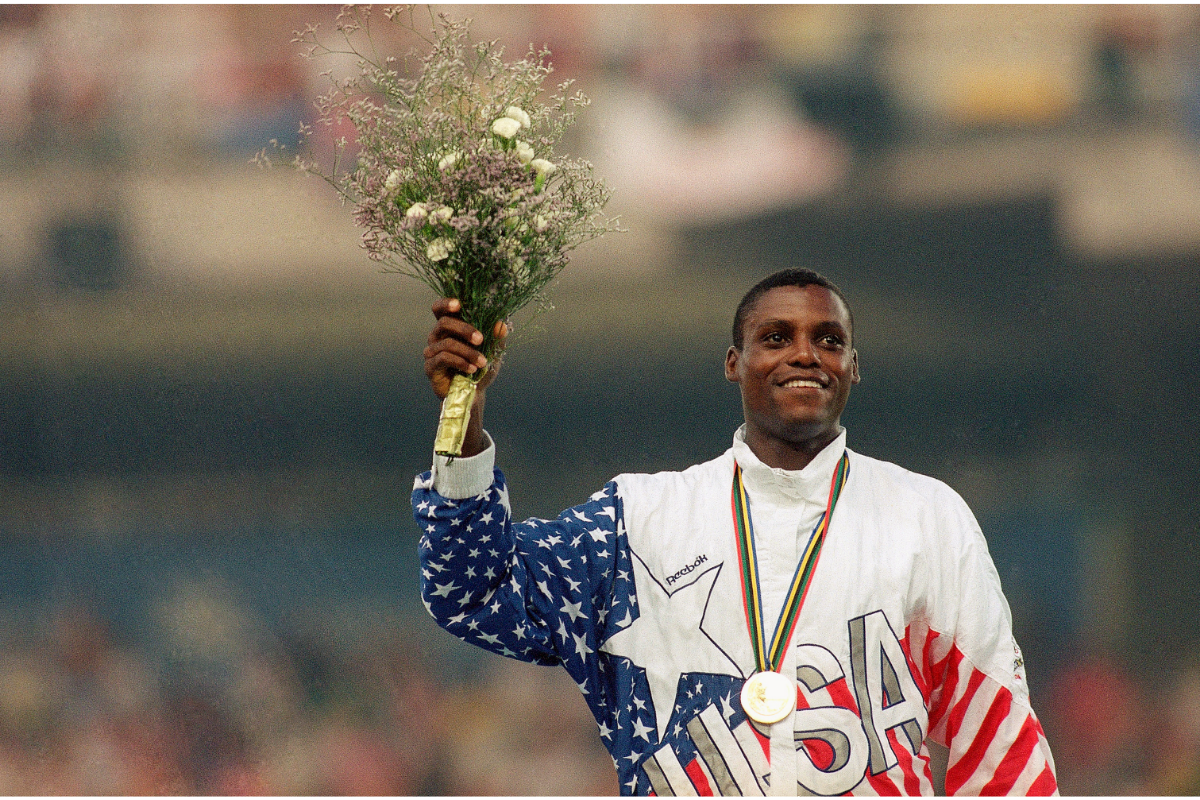 Who is the greatest track and field athlete of all time? If you are of a younger generation, the first name that comes to mind is Usain Bolt.

Hey, that’s a fair choice. After all, Bolt is an elite sprinter with the world record in the 100-meter dash, the jewel event of track and field.

However, when talking track, Carl Lewis must be mentioned. The American is an Olympic legend whose name still calls to mind incredible athleticism. It turns out Lewis has done a lot since his last Olympic Games.

Born in Birmingham, Alabama, to William and Evelyn Lewis, Carl had athletics in his blood.

His mother, Evelyn, competed as a hurdler at the 1951 Pan-Am Games. Carl took things to the next level, though. Lewis relocated to Willingboro, New Jersey, which is where he went to high school. After a successful high school career, he first made a national splash at the University of Houston, where he met Tom Tellez.

Tellez became Lewis’s coach for his entire career. A specialist in the long jump at first, Lewis quickly gained attention as a sprinter as well. Jesse Owens’s name came up in comparison, which is a lofty name to be associated with.

Unfortunately, politics put on Lewis’s Olympic career hiatus. The USA boycotted the 1980 Olympics in Moscow at the height of the Cold War. That meant Lewis could not compete and had to wait for the 1984 Olympics in Los Angeles.

The Soviet Union’s boycott of the Summer Olympics in 1984 hindered the competition a bit (and really did a number on Krusty the Clown in one Simpsons episode).

However, it did not dim the success of Lewis one bit. He won four Olympic gold medals in L.A.??one for each event he competed in. Naturally, he excelled as a long jumper, but he also added medals in the 100-meter and 200-meter races, plus the 4 x 100-meter relay.

Lewis returned for the 1988 Olympics in Seoul, where all eyes were on Lewis and Ben Johnson of Canada. The two sprinters seemed destined for a 100-meter dash showdown. In many ways, Seoul 1988 was defined by this race, for better or worse. Johnson won the race with a time of 9.79 seconds, which set a new world record. This left Lewis the silver medalist.

However, a few days later, the Canadian tested positive for steroids and lost his gold, giving it to Lewis instead. He also took home another gold in the long jump, besting fellow American Mike Powell. Lewis won silver in the 200-meter, his only non-gold medal in his Olympic career.

Lewis competed again in Barcelona, winning gold in the 100-meter relay and the long jump in 1992.

Lewis remarkably returned for his fourth Olympics in 1996, when once again an American city – this time Atlanta – played host. Once again, Lewis took home the gold in the long jump, making him one of only four Olympians to win gold in the same event four times. Unfortunately, this was Lewis’s last time on an Olympic team. He retired from track and field the following year.

This doesn’t even touch on the success he had at the Track and Field World Championships either, where he won golds in Helsinki in 1983, Rome in 1987 and Tokyo in 1991.

Since retiring, Lewis has been bestowed with accolades left and right.

The IOC declared him the Sportsman of the Century in 1999. Sports Illustrated called him the Olympian of the Century that same year. Also, he’s in the New Jersey Hall of Fame. Speaking of the Garden State, though, Lewis filed in 2011 to run for the New Jersey Senate with the Democratic Party. However, he was disqualified because he had not lived in the state for four years.

More recently, Lewis returned to Texas. First, the Olympic legend got back in the NCAA game by returning to the University of Houston. After that, Lewis became the assistant track coach for the Cougars, where he obviously has a resume that probably gets young athletes to pay attention.

Lewis has also done a bit of acting, including his turn as “Grisham” in the movie Alien Hunter. Bob Beamon can’t say he’s ever done that! He also has a wife, Maria, and a son named Bakim.

Few did it with the aplomb and gusto of Lewis when it came to sprinting and jumping, and he’ll forever be a legend.