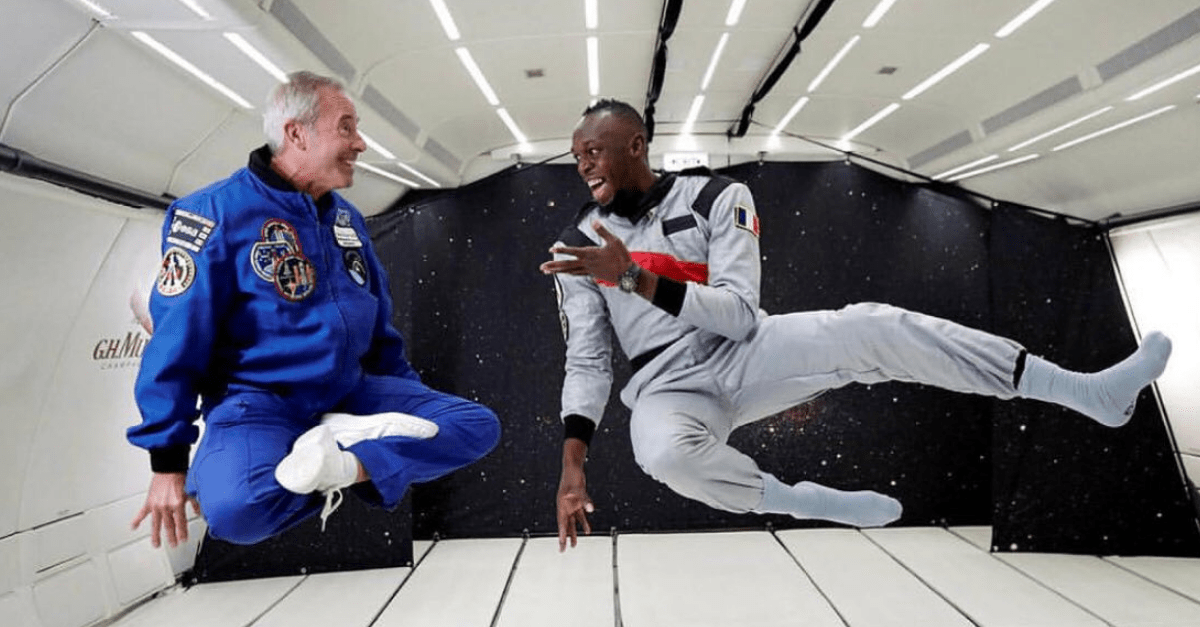 Usain Bolt might be done running competitive track and field races, but that hasn?t stopped the world?s fastest man ever from making headlines. He has dabbled into a professional soccer career and now he is competing against gravity.

No, really, the eight-time Olympic gold medalist and 11-time World Championships gold medalist, the man from Jamaica with world records in the 100-meter dash, 200-meter dash and 4 x 100 meter relay, just ran a race against two men with zero gravity in Reims, France. Of course, he won.

This looks like an insane experience and most certainly much harder than the 32-year-old Bolt makes it look.

At 6-foot-5 with incredibly long strides, Bolt definitely had the advantage before it even started given his race experience. However, after a relatively even start and even a tumble, the Jamaican made the turn much better than the competition and had time to celebrate before getting to the finish line.

All of this was in the name of fun and promoting G.H. Mumm champagne. Lightning Bolt even got a bottle of bubbles to celebrate yet another impressive victory.

Bolt, who ran his last competitive race in August 2017, is living his best life right now. It looks highly entertaining while still being able to showcase his once-in-a-lifetime speed.

Add in the fact he is playing a trial period with Australia?s Central Coast Mariners, where he made his professional soccer debut with the yellow and navy on August 31, and it?s safe to say Bolt is still a global icon.

A moment in sporting history is made. @usainbolt, the footballer, steps onto the pitch in Yellow & Navy. ⚡️ #CCMFC #ALeague pic.twitter.com/3j9ZuEvTsf

It?s hard telling what?s next for Usain St. Leo Bolt. Maybe he goes to the Canadian Football League to try out as a wide receiver. Perhaps he races a Cheetah just for fun. What if he picked up a sport like tennis and completely dominated?

Regardless, the greatest sprinter of all time continues to leave his competion in the dust.

READ MORE: The 8 World Records You Don’t Know About That Will Never Be Touched