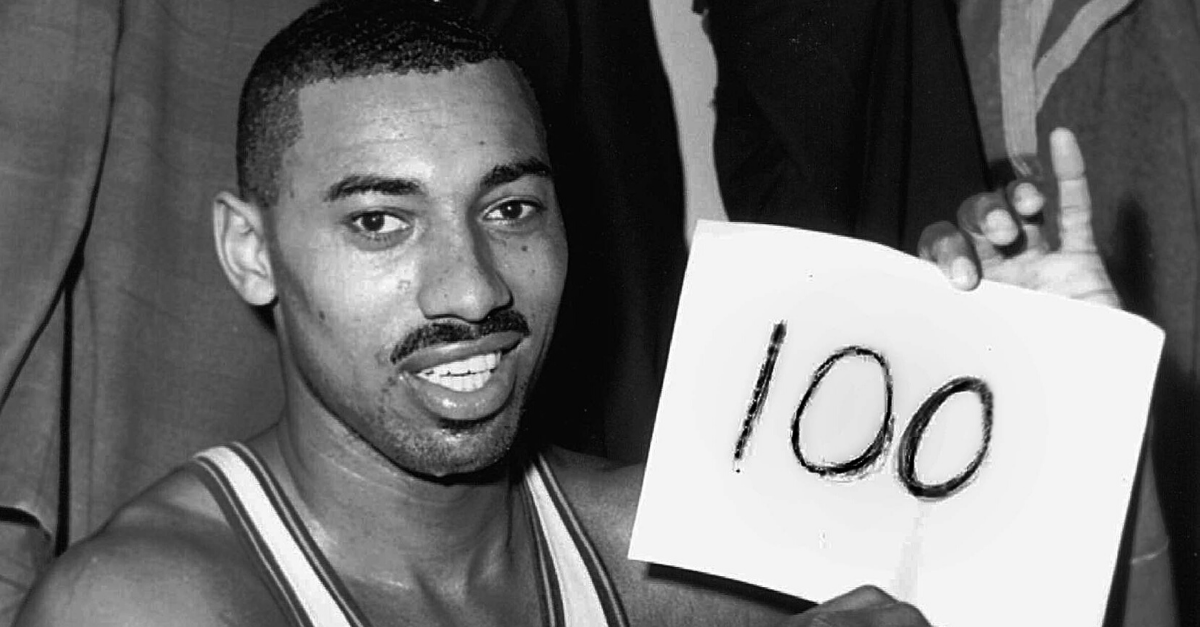 Sports legends are defined by the records they leave behind. Joe DiMaggio’s 56-game hitting streak doesn’t translate into today’s home-run-or-bust style of baseball. The Boston Celtics winning eight consecutive NBA championships in the early 1960s is there to stay. Wayne Gretzky has 700 more career assists than the second closest skater, and his 1,963 career helpers will never be sniffed.

There are some records, though, buried deep in the archives of history that are absolutely mind-blowing, but you may have never heard of. Records are set by great players, but unbeatable records are set by the elite few who transform the games they play. Here are the 8 untouchable records that will most likely never be broken.

At Oklahoma State, Sanders’ 1988 Heisman Trophy season is the best by a running back in NCAA history. The Cowboys back set 34 NCAA records that year, but this one, more than the rest, is the most eye-popping of all. He set records for rushing yards and touchdowns in a season (2,628 yards and 37 TDs), his 238.9 rushing yards per game over one season has never even been sniffed, but 300 yards four times in one season?

Let’s put it in perspective: the record for most 300-yard games in a career? Barry Sanders with four.

Today we celebrate the birthday of #NASCARHOFer Richard Petty! Truly a legend of the sport, Petty's extensive track-record, including a record 200 wins, 7 #Daytona500 wins, & 7 #NASCAR Championships, earned him the nickname "The King." Join us in wishing him a Happy birthday! pic.twitter.com/hhUbScodTn

No one comes close to The King. Petty nearly doubles up the second-most decorated driver in the sport, David Pearson and his 105 wins. Jeff Gordon is the closest to get to 100 in the modern era, retiring with 93 wins. Petty’s 27 wins in the 1967 season won’t be touched either. The closest to catching The King’s mark? Himself! Petty won 21 races one year, 18 in another, and 16 in 1968. Jeff Gordon’s the next closest with 13.

#USA soccer legend @AbbyWambach finishes her career on top of the world. #USWNT (via @SportsCenter) pic.twitter.com/GIuAMTRNBz

The United States’ greatest women’s soccer player also happens to be the world’s top international goal scorer ever. Canadian footballer Christine Sinclair has 183 to her credit and is still active in international play with a chance to take the record before she retires.

Wambach’s record, even if Sinclair passes it during 2020 Olympic qualifying, is so noteworthy because of the magnitude of it compared to the men’s game: Iran’s Ali Daei holds the men’s record at only 109 career international goals.

From December 8, 2003 to December 4, 2005, the University of Southern California Trojans were the No. 1 ranked team in college football. The Matt Leinart-Reggie Bush-LenDale White years have since been marred with controversy, but no one can contest the dominance of Pete Carroll’s Trojans in the early 2000’s.

The next closest streak was the 2001-02 Miami Hurricanes dynasty. They only managed 20-straight weeks atop the polls, and that team had 17 first-round NFL Draft picks…

#OTD 21 years ago we lost one of the greats, Don Hutson. The NFL Network named Hutson the greatest Green Bay Packer of all time #Packers #WIHOF pic.twitter.com/8BNcucXpKN

The Green Bay Packers split end Don Hutson was a first-team All-Pro eight times, led the league in receiving touchdowns nine times, and is a three-time NFL champion. The NFL is a different game today, and the chance that this record will even be sniffed is a long shot. The closest anyone was gotten since Hutson was Emmitt Smith, who did it three times in the 1990s. NFL Hall of Famers Jim Brown and Lance Alworth led the league three times themselves, too.

The steroid-laced home run king may never see his 762 career home runs, or his 73 in a season, enshrined in the Baseball Hall of Fame. But Bonds’ record for most career walks is just mind-blowing. He also has the three-highest walk totals in a season in MLB history. No one wanted to pitch to Bonds, even if the bases were loaded in a two-run baseball game (see above).

The closest to Bonds is MLB’s stolen bases king Rickey Henderson’s 2,109 walks. As a bonus record, Henderson stole 1,406 bags during his baseball career. No one else in MLB history even has 1,000.

In the 1961-62 season, Wilt “The Stilt” set the all-time record with the highest scoring output in one game in March of 1962, pouring in 100 points. The rest of that season though? Chamberlain averaged a whopping 50 points per game. Wilt has the three highest rebounds per game totals in NBA history, and the four highest points per game seasons in league history. Fifth most is Michael Jordan’s 37.09 points per game in 1987.

Rockets’ star James Harden averaged 36.1 per game during the 2019-20 season, and that’s considered absurd even today.

No, that’s not a typo. In 1916, Georgia Tech and coach John Heisman — yeah, the trophy is named after him — scored 32 touchdowns in the game to beat Cumberland. It’s the lopsided game in the history of college football, and probably any sport ever. I hope no one ever has to endure being on the opposite side of a game like this again.

This article was originally published July 24, 2018.

MORE: Derrick Thomas’ 27 Sacks Deserves to Be the NCAA Record