The good ol' hockey game. It's the best game you can name. And so on.

If you are a new hockey fan (and if so, welcome to the club!) you may have some questions. One of them may be what kind of time commitment you are making when you sit down to watch hockey.

How long is that NHL game going to take?

Well, it depends, but let's get into answering the simple question of how long a hockey game is. 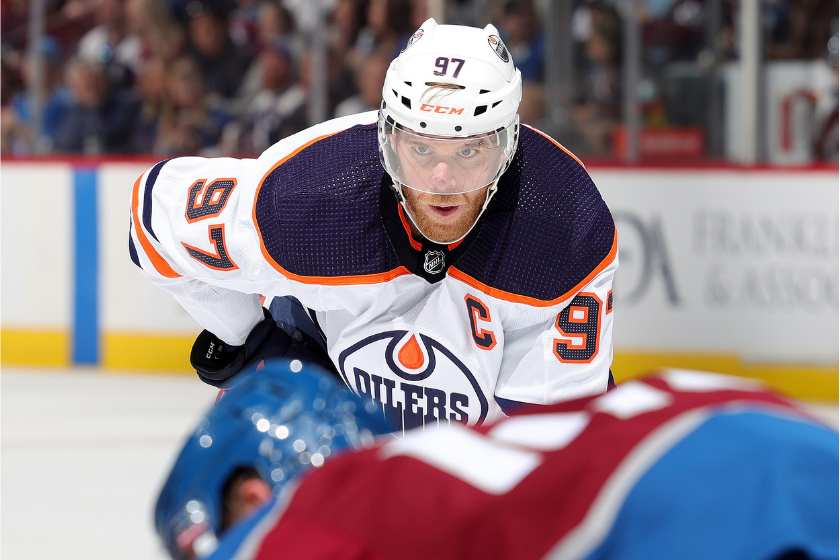 RELATED: How Many Periods Are in a Hockey Game?

Now, we should note that ice hockey games happen all over the world. We aren't talking about your local beer league here or the roller hockey league you played in with your friends in high school.

The length of a hockey game is standardized from an NHL hockey game down through the minor leagues of the AHL and ECHL to Olympic hockey and even through college hockey games.

So let's talk about regulation time.

During the regular season and the playoffs, the regulation time of an NHL game is 60 minutes of game time. This hour of hockey action is divided into three 20-minute periods. Now, in the very early days of NHL history, they used two periods of 30 minutes.

Still, we're talking over a century ago. Everybody alive today has only known an NHL with three periods of 20 minutes during regulation.

Ah, but they don't just play three periods of unceasing action. This isn't soccer, and even soccer has a halftime. There are stoppages in every period of NHL action.

When a ref blows their whistle, the game clock stops. In the NHL, three times per period, there are TV timeouts for commercial breaks. Those are shorter respites. The intermissions are a different story.

After the first and second periods, NHL teams are provided with a 17-minute intermission. This is not merely to give players a chance to rest and goalies a chance to get off their feet for a few. During intermissions, Zambonis resurface the rink to make the ice smoother and fresher. We don't need pucks bouncing and skates getting caught in ruts.

Don't expect a game to always end as the horn blows on the third period. If the teams are tied at the end of regulation, we're headed to overtime. The NHL uses a five-minute overtime period during the regular season. Oh, and this is sudden-death overtime, by the way, which means if a team scores, they win.

The NHL's overtime rules have changed a bit over the years. First, it used to be five-on-five, then it became four-on-four. Now, it's three-on-three because the NHL really hopes to end games during the five minutes of extra time.

For many years, if a game was tied after overtime, that was the end of the game. Both teams got one point for a tie, and that was that. The NHL wasn't satisfied with this, though.

So now, if a game is tied after overtime, we get a shootout. This could, theoretically, last forever. But, in reality, it usually only lasts for a few minutes, as teams rarely get through the first three shooters they select to start a shootout.

However, in 2014, the Florida Panthers beat the Washington Capitals in a 20-round shootout.

Now you know the rules of regular-season games, but the NHL playoffs operate a bit differently.

While a playoff game still consists of three 20-minute periods, overtime is a different story.

In the postseason, overtimes are 20 minutes of sudden-death hockey played at five-on-five. If the game is still tied, we get another 20-minute overtime, and so on and so forth until somebody scores.

It's professional hockey at its finest.

If you are determined to watch an NHL playoff game until its conclusion, you'd better be ready to be in for the long haul. The longest playoff game in NHL history took place in 1936 when the Detroit Red Wings beat the Montreal Maroons by 1-0. It went into a whopping six overtimes and a total game time of 176 minutes and 30 seconds.

Yes, fans went that long without seeing a goal.

Don't think long overtime games are just a thing from the 1930s, though. In 2020, the Tampa Bay Lightning beat the Columbus Blue Jackets in five overtimes. Or maybe the overtime will be over in two minutes.

That's the magic of playoff overtime.

MORE: What is Icing in Hockey?