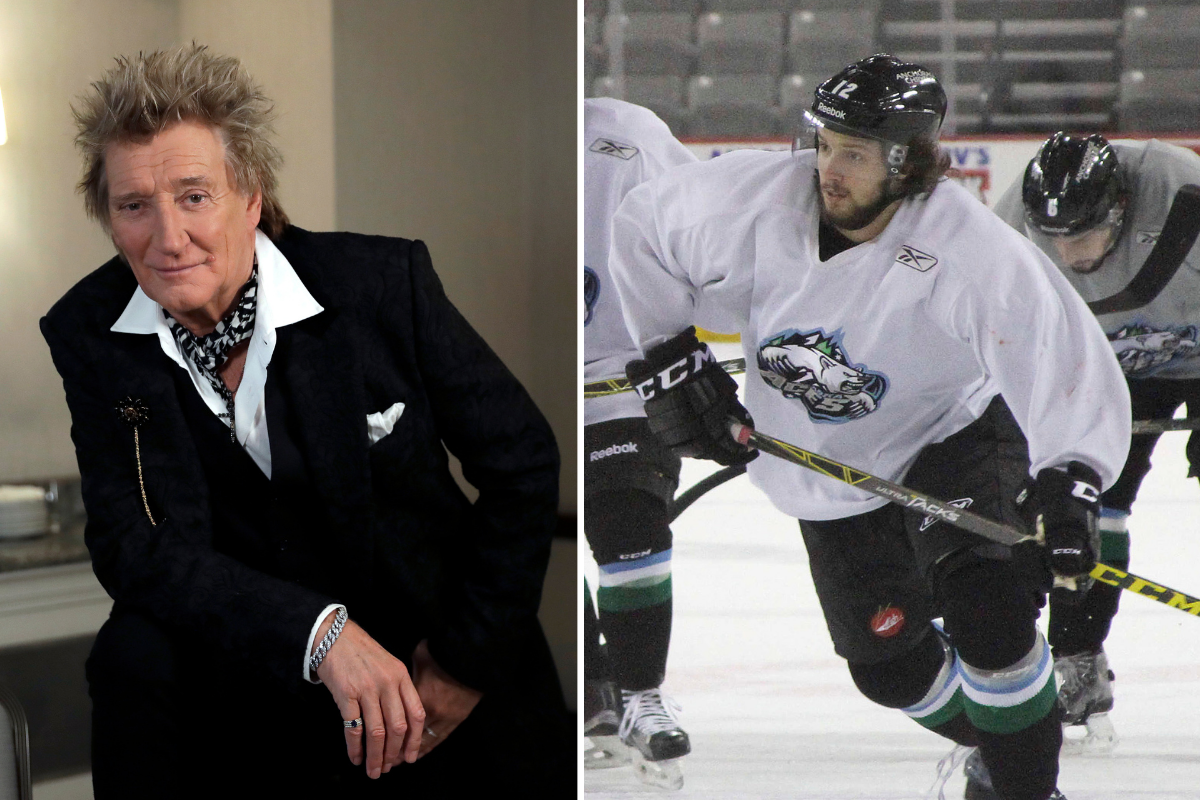 Rod Stewart is a music icon.

His resume speaks for itself: he’s a Rock and Roll Hall of Fame inductee, he has four No. 1 singles, he’s a Grammy winner, he’s a knight, and he’s Rod the Mod.

Rod asked the world if they thought he was sexy in 1978, and the answer was a resounding yes. At that point in time, Rod was about to marry actress and model Alana Stewart.

No, this isn’t the Liam Stewart who’s a Northwestern University grad with Chief Financial Officer experience and was appointed as Managing Director and Chief Operating Officer for Digital Colony. (Congrats on the promotion, Liam.)

This Liam has some talent on the ice.

RELATED: How Much Do NHL Referees Make?

The center/left wing grew up in California and played for the Los Angeles Selects and Los Angeles Jr. Kings 16U teams in high school

He then put on the sweater for the Spokane Chiefs of the Western Hockey League (WHL) for four seasons before playing for the now defunct Quad City Mallards and Alaska Aces of the East Coast Hockey League (ECHL).

Stewart moved back to his birth country in 2016. He floated around to the Coventry Blaze and Guildford Flames of the Elite Ice Hockey League (EIHL). He briefly moved down under and played a season for the Skycity Stampede of the New Zealand Ice Hockey League (NZIHL).

The ice hockey player moved back to Britain to play for the Milton Keynes Lightning of the National Ice Hockey League (NIHL). His father was able to catch a game in December 2019.

Stewart had his best season with the Lightning, recording 37 goals and 21 assists in 35 appearances.

The forward signed with the Everyone Active Raiders for the 2021 NIHL Spring Cup in February 2021, but was forced out due to injury.

He was also a member of the Great Britain national team that took home the gold in the 2017 World Championship Division 1B tournament.

Liam’s dad is a world famous rock star, but that doesn’t mean he can’t bust his chops on social media.

His dad rocked the stage, and Liam rocks the ice.

MORE: Arnold Schwarzenegger Had a Secret Love Child, And Kept It Quiet for Years