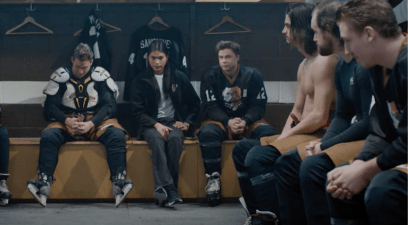 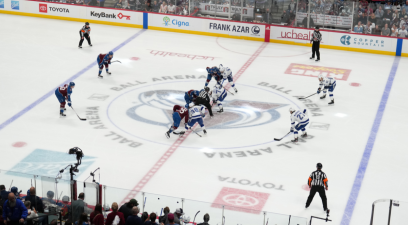 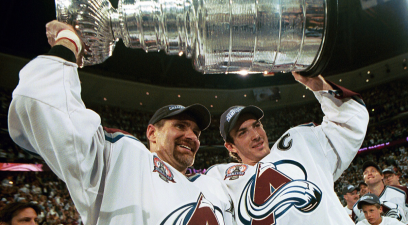 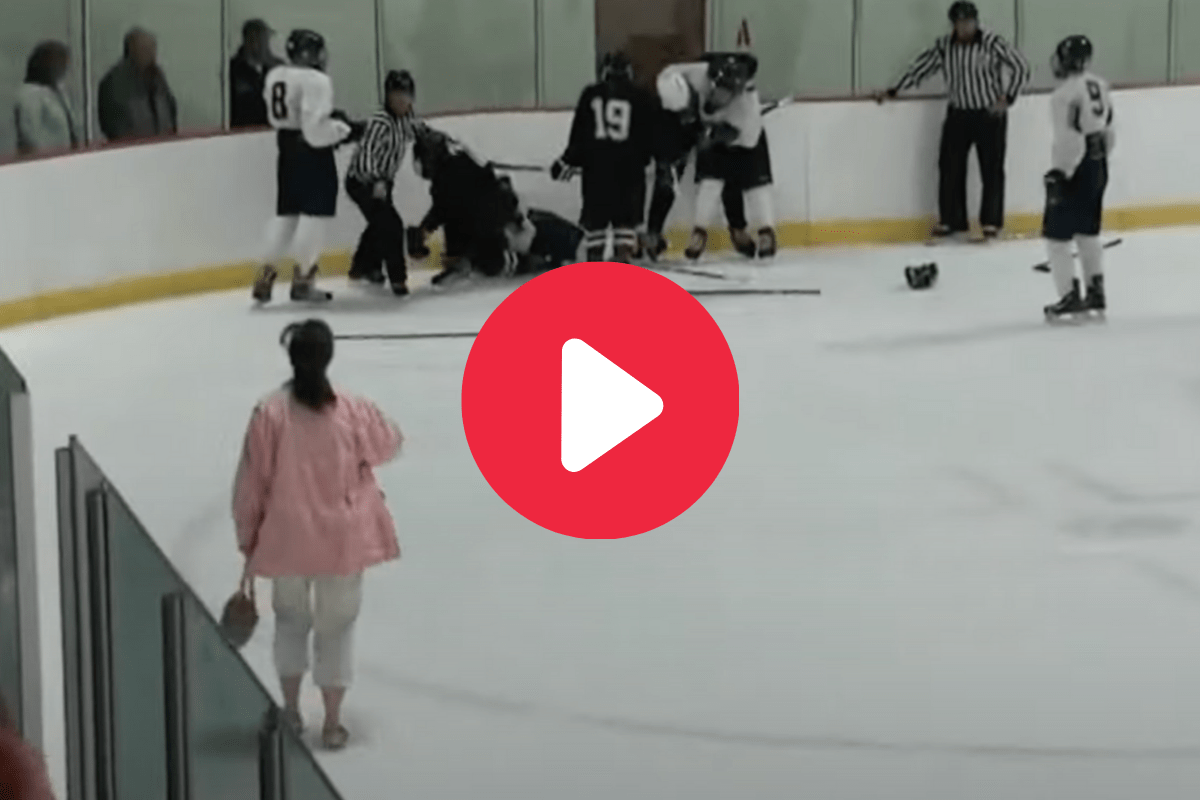 Usually, parents running out on to the field, court or ice spells disaster and chaos for referees, players and other parents. That’s a sign that some sort of brawl is coming because of a pissed-off dad or mom.

In one Boston youth hockey game, the opposite took place. One player’s mother was so upset to see a brawl continue on the ice (while the refs let it play out), that she couldn’t help but force her way on to the ice and stop it herself.

With her purse in hand, this hockey mom wasn’t going to let her baby get beat up.

Hockey is one of the greatest sports in the world for one reason: fights. In what other sport do referees allow two dudes to throw haymakers at each other? Where else is fighting encouraged and celebrated outside of the boxing ring?

A mom sitting in the stands of this youth hockey game between the Boston Raptors and the Tribe didn’t understand that notion.

Here’s the scene: Multiple players are scuffling. One dude is punching the back of another’s kid’s head. Another is in a vicious headlock. Meanwhile, one referee is standing next to it all with his hand on his hip. Another is poorly attempting to break things up.

“The ref’s just standing there,” one spectator says in the video.

Cue the no-fear mother in a pink jacket and purse still in hand. Refs don’t wanna stop this brawl? Fine, she’ll take care of it just like she does everything else.

A referee skates over to her and yells, “get off the ice!” Clearly, she gives him a piece of her mind while pointing in his face. Mama was not happy watching that hockey fight unfold.

Moms work miracles often, and it appeared this one did the same. The players stopped fighting immediately after she made her way to the ice. Maybe they were more scared of her wrath than they were the refs.