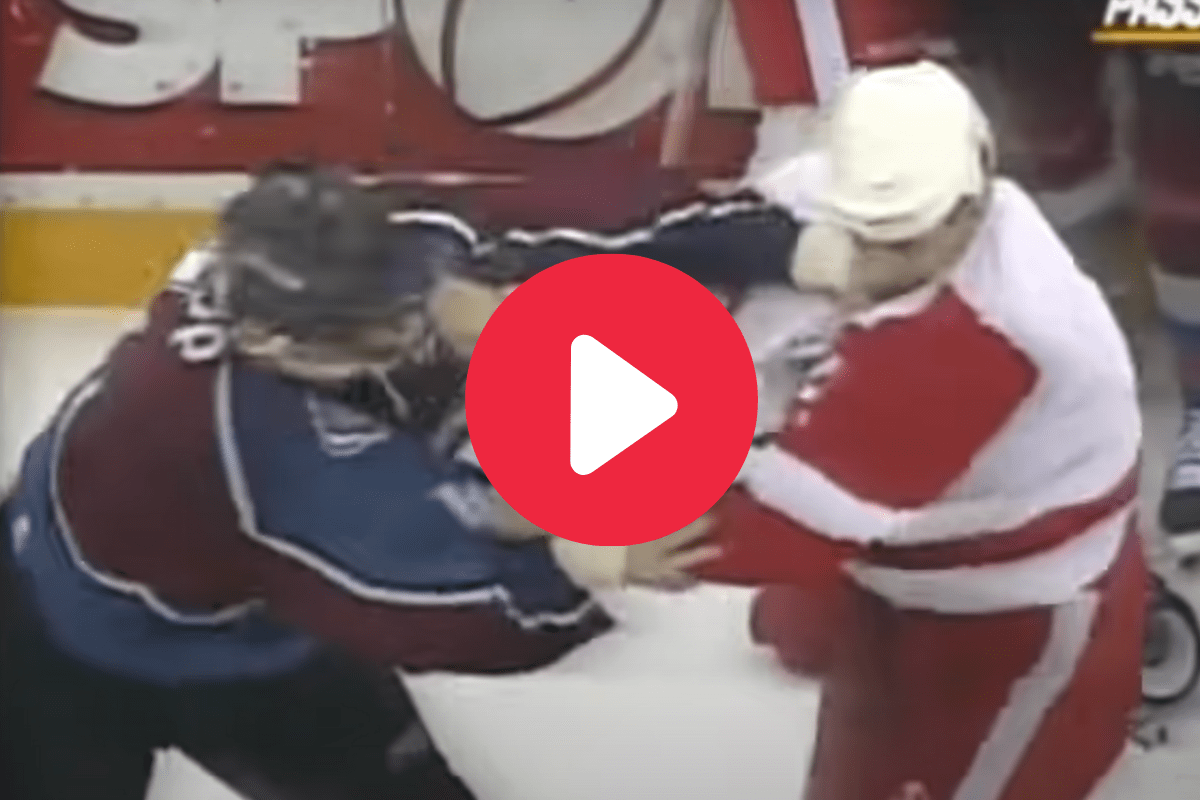 Everyone loves a good hockey fight.

Brawls are big part of the NHL because the physical game can often result in players getting in each other’s faces.

Well, one of the craziest fights in NHL history took place back in 1997 during a matchup between the Colorado Avalanche and Detroit Red Wings.

During the third period of play, Peter Forsberg and Igor Larionov started shoving one another. Then, Red Wings’ Darren McCarty jumped on Avs’ winger Claude Lemieux, bringing him to the ground with a series of left hooks.

Avalanche defenseman Aaron Ward also got into it with Red Wings’ defender Brent Severyn. (Side note: they had earlier during the game, too.)

Havoc ensued after that, as players from both teams stormed the ice and got involved in the all-out brawl.

Goalie Patrick Roy was one of the first on the scene, looking to defend Lemieux from the Wings’ enforcer. Others involved in the fight included Wings’ goaltenders Mike Vernon and Chris Osgood, forward Brendan Shanahan, and center Kris Draper, among others. From the Avalanche, Lemieux, Adam Foote and many more were at the heat of the action at center ice.

The wild scene was dubbed “Bloody Wednesday,” “Fight Night at the Joe,” and “Brawl in Hockeytown,” and stands to this day as arguably the most memorable moment in the Joe Louis Arena in Detriot.

The major brawl was a long time coming. There had been multiple smaller skirmishes in each of the first period and second period, including incidents between Vladimir Konstantinov and Adam Deadmarsh.

The two teams were in a highly contested Stanley Cup Playoffs matchup the year prior, so the bad blood from that Western Conference Finals series carried over into the subsequent season.

During that playoff series, head coaches Scotty Bowman and Marc Crawford were shouting obscenities at one another from behind the glass.

This fight had everything. It was bloody, virtually everyone on both teams got involved, and it featured an epic goalie fight for the ages. It’s something hockey fans won’t soon forget.