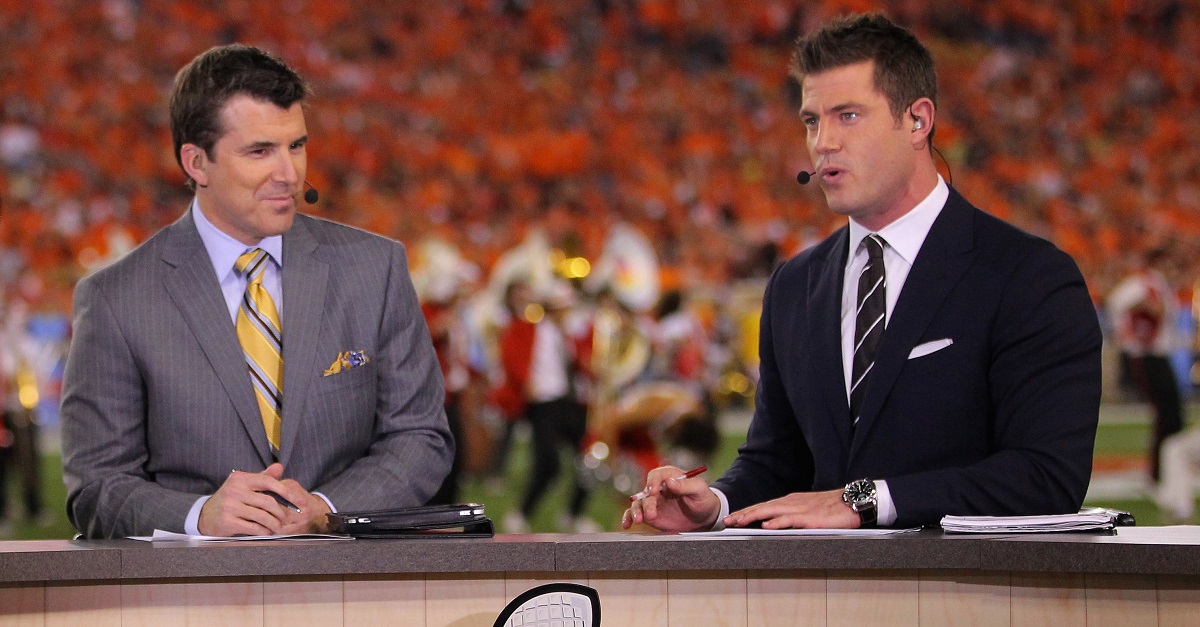 Ohio State needed all 60 minutes to prevail in a home match-up against Penn State on Saturday, but in looking deeper into the box score, the Buckeyes were the better team in most aspects. In fact, Ohio State out-gained Penn State by nearly 250 yards and, if not for self-inflicted mistakes, it could have been a more lopsided margin.

To that end, there is buzz building that the Buckeyes are very dangerous for the future and that was on full display in their comeback to knock off the Nittany Lions. Now, ESPN college football analyst Jesse Palmer is putting a little more juice into that analysis.

On Saturday evening, Palmer declared that Urban Meyer’s team would “win by 20” in a rematch against Oklahoma after losing to the Sooners (in lopsided fashion) earlier this year. Palmer’s analysis included that Ohio State is “just that much better” at this point but, in the same breath, this could be something of an indictment into what the college football world has seen from the Sooners since that point in the campaign.

At the end of the day, this seems like a bold opinion for the sake of a bold opinion but Ohio State does look pretty terrifying right now when everything is rolling.