Urban Meyer’s Lack of Remorse Will Forever Damage His Reputation 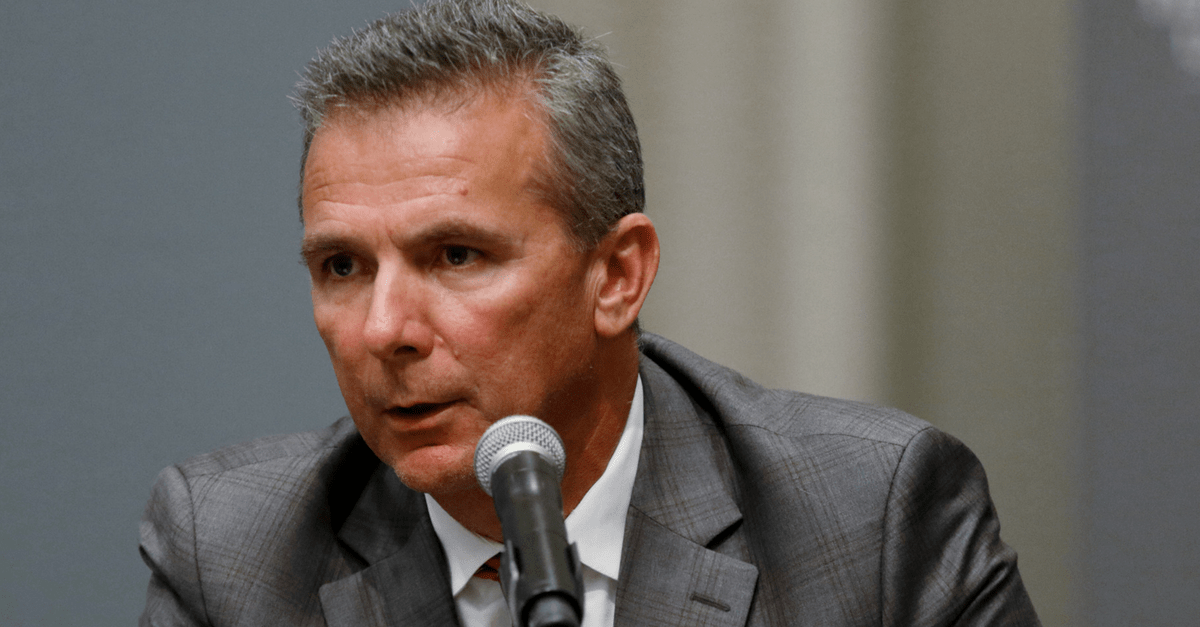 Urban Meyer can win a lot of football games during the remainder of his career. Heck, the head coach might even win another national championship with the Ohio State Buckeyes at some point. Winning cures so much, but there might never be a victory that will ever overcome his mundane press conference late Wednesday night in many?s eyes.

A treacherous month surrounding the Buckeyes football program finally had some closure when Meyer was slapped with a three-game suspension by The Ohio State University Board of Trustees and President Michael V. Drake. The problem is the decision, and the subsequent press conference, created a whole new set of problems.

The scripted two minutes gave Meyer an opportunity to verbally apologize to the world for the first time since the investigation into what he knew and did with domestic abuse allegations involving former wide receivers coach Zach Smith and his ex-wife, Courtney Smith, in 2015 began.

?I know the impact that the events of the last three weeks have had on this institution ? an institution that I love ? and how challenging this has been for our community and our president, a man for whom I have great respect. And for that, I am deeply sorry. I am fully aware that I am ultimately responsible for this situation that has harmed the university as a whole, our Department of Athletics and our football program. I want to also apologize to Buckeye Nation.

?The suspensions are tough, but I fully accept them.?

Scripted? Yes. Sincere? Maybe. It sure didn?t feel that way to some.

Yet, that is not what has everyone is up in arms about in the aftermath of the announced suspension.

The executive session itself felt longer than the entire investigation, which cost the university a pretty penny, and it seemingly made everyone in the room weary. That would include Meyer.

The press conference was about as uncomfortable as a heated dinner at your in-law?s house.

Then, it happened. The question came that will forever have Meyer floating up the creek without a paddle:

?What message do you have for Courtney Smith??

“What message do you have for Courtney Smith?”

Meyer said he “was not aware” of Shelley Meyer’s text messages. pic.twitter.com/OqxmvNhQ6X

Hold up. Did Meyer really say ?we?re? when addressing the question involving Courtney Smith? As if he is somehow a victim in this ordeal?

Meyer had one chance, one shining moment, to show some remorse, to address and denounce domestic violence, to share a sincere apology, or any sincerity at all, and he chose to say, ?I?m sorry we?re in this situation.?

That?s not going to fly, and it sure didn?t Wednesday.

Urban Meyer probably should’ve prepared a little better for a possible question about what message he’d like to send to Courtney Smith. Because “I’m sorry we’re in this situation” is a pretty lousy message for Courtney Smith.

I’ve seen children forced to apologize by a parent show more remorse than Urban Meyer has tonight. He read a statement.

And to Courtney Smith: “I’m sorry that we’re in this situation.”

I’m wondering what Urban Meyer learned about domestic violence through all this. “I’m sorry we’re in this situation” doesn’t cut it.

When asked about his message for Courtney Smith, this was Urban Meyer's answer: "I have a message for everyone involved in this: I'm sorry we're in this situation."

Say her name. She is not "everyone."

Meyer?s car was seen at the Longaberger Alumni House around 10 a.m. in Columbus, about an hour before the original meeting started — A decision seemed imminent.

Luckily, something did happen, although it undoubtedly took way longer than expected.

Almost 11 hours passed by the time Meyer showed up to the meeting and the time he took the podium and took questions. He also had three weeks on paid administrative leave. So there was plenty of time to prepare, to be prepared for this very moment, and he provided probably the worst answer possible.

No matter how many football games Ohio State wins this season and beyond, perhaps nothing can overcome this botched moment with regards to his public perception.

Meyer had the opportunity to do the right thing and simply chose not to.

Then again, that?s how the entire investigation, and its finding, felt, too.