Urban Meyer Could Be Fired for Lying After Damning New Allegations 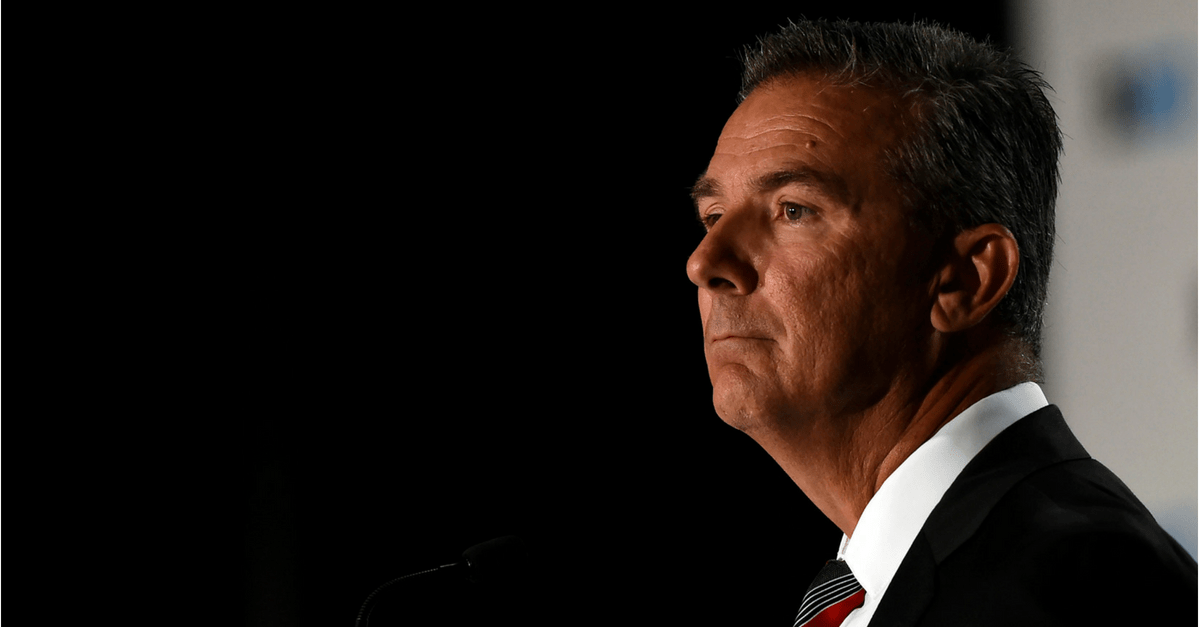 You can forget about the legitimate ways Ohio State will go undefeated in 2018 or Urban Meyer?s unfair expectations on his new starting quarterback right now. The Buckeyes have a much deeper issue at hand involving their veteran head coach, and it doesn?t look good at all.

In text messages obtained by college football reporter Brett McMurphy, it indicates Meyer knew of domestic abuse allegations against a now-former member of his coaching staff in Columbus, Ohio.

Zach Smith, the former assistant wide receivers coach, was fired in July, and now ex-wife Courtney Smith provided text messages to McMurphy showing the wives of Buckeyes coaches, including Urban Meyer?s wife, Shelley, all had knowledge of the situation.

?All of the (coaches) wives knew,? Courtney Smith told McMurphy. ?They all did. Every single one.?

At Big Ten Media Days in Chicago, Meyer said he had no knowledge of incidents from 2015.

The story, and pictures, via McMurphy?s Facebook page means even bigger trouble could be on the way.

A short time later on Wednesday, Stadium posted an exclusive interview with Courtney Smith, opening up about the reported domestic violence:

Again, it?s time to forget about football at Ohio Stadium and the Buckeyes? chase for a berth in the College Football Playoff right now.

Being in violation of Title IX, as McMurphy explains in his story, would be a big deal. So is denying any knowledge of a serious incident such as this, and then having evidence emerge that potentially proves otherwise.

This is probably not the best day of Urban Meyer?s life.

But will anything happen? Could one of the top coaches in all of college football truly get fired for this? Or are football wins too important to investigate this much further and possibly make a change?

These stories should raise everyone?s eyebrows and question what should happen.

And if Meyer unequivocally knew about all of this, and did nothing, and then denied the claims, it very may well lead to his demise as the head coach of Ohio State.