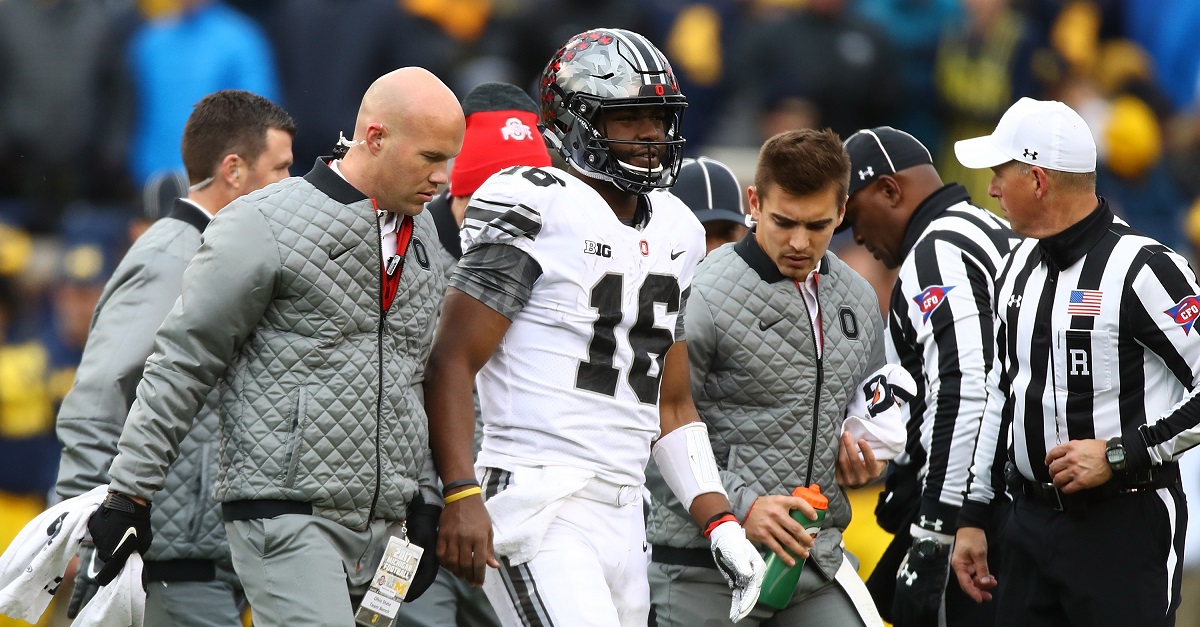 Ohio State quarterback J.T. Barrett was knocked out of the game against Michigan last weekend due to a knee injury. It appears that the issue has already been fixed as The Columbus Dispatch‘s Tim May is reporting that Barrett underwent arthroscopic surgery on his knee.

While something like that may usually take a few weeks to rehab, head coach Urban Meyer says he expects Barrett to play in the Big Ten Championship against Wisconsin this weekend. Here’s what he said from his Thursday morning radio show:

Ohio State coach Urban Meyer says on his radio show that J.T. Barrett has been cleared to play on Saturday. "He's going to play in the game," but Meyer says he has not practiced as much as usual this week.

Barrett said the knee “locked up” on him during the season, which is something he has been dealing with all season. The injury was re-aggravated when he was bumped by a cameraman on the sideline, which Meyer was not happy about. Barrett was warming up behind the team bench before taking the field for Ohio State’s first offensive series when he was bumped and went to the ground.