If Penn State is "Linebacker U" and LSU is "Defensive Back U" then would the University of Wisconsin be considered "Running Back U?" You'd have to think so, right? Wisconsin has been manufacturing top-tier college football running backs for decades, sending 23 running backs to the NFL, including the current NFL leader in rushing yards and touchdowns, Jonathan Taylor.

Up north, the Big Ten breeds a different type of football player. The cold winter winds start blowing in early November, creating a brutal environment for any school, especially those who play in the South.

Big Ten Football is played a little rougher, a little tougher and a little grittier. This is especially true for Wisconsin football. The Big Ten boasts tough linebackers from Penn State, Nebraska and Iowa, and the gritty running backs of Michigan, Michigan State and Wisconsin. Taking nothing away from the ACC, Big 12 or SEC, there is just a different battle being waged in the North when those November rivalry games hit and the temperatures drop.

Madison is Mad About Elite Rushers 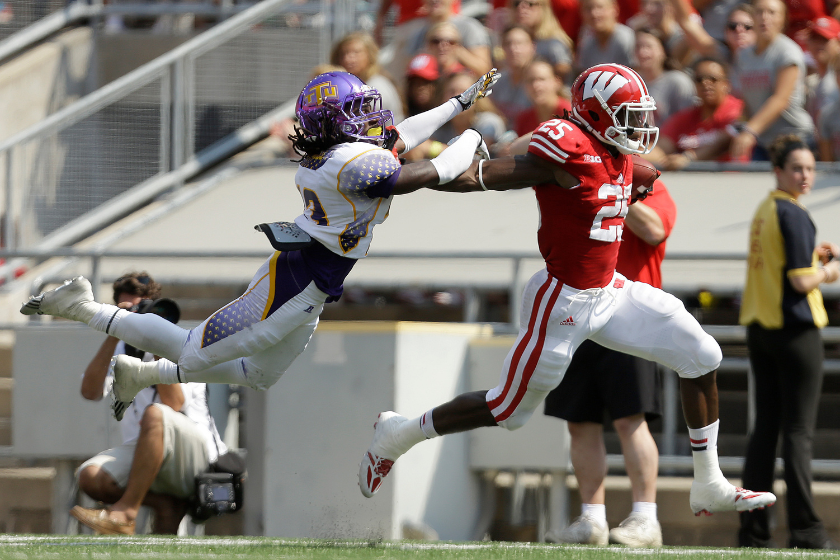 RELATED: The 10 Best Running Backs of the 2000s Were Unstoppable

Just ask Melvin Gordon, who set the NCAA single-game rushing record with 408 yards on 25 carries in a cold and snowy Camp Randall Stadium in Madison back in 2014. The record would only stand for a week and would again be broken in 2020. But only Gordon's was accomplished in the blustery Wisconsin snow.

Maybe that is why Wisconsin running backs fare so well in the ranks of the NFL. Perhaps the added bonus of playing in the elements gives former Badgers a leg up on the competition.

There are so many great running backs across so many good programs in college football; why are we declaring Wisconsin "Running Back U?" I am glad you asked! For starters, the Wisconsin Badgers top the list of Doak Walker Award winners. This is the award that, since 1990, has been awarded to the nation's top running back. Wisconsin has five winners in its history, more than any other school.

Two of the Best to Ever Do It 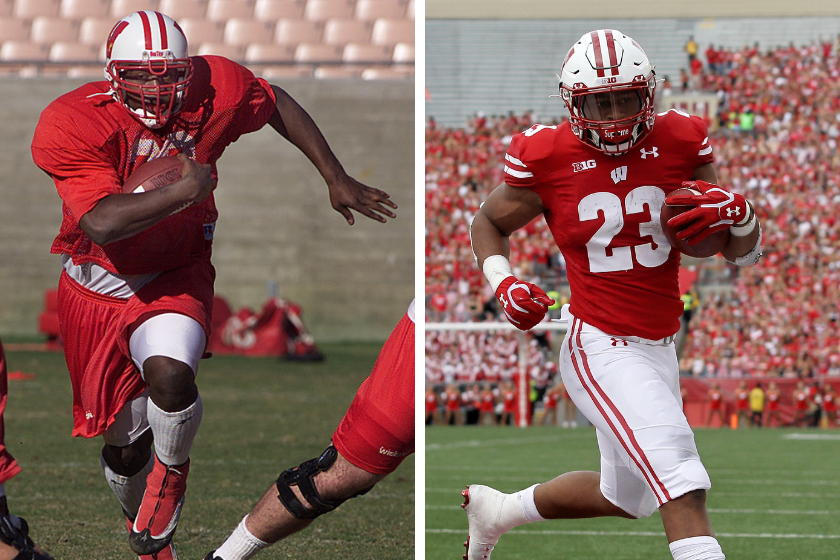 Jonathan Taylor and Ron Dayne are both on the NCAA All-Time Leading rushers' top 10 list. Jonathan Taylor sits sixth with 6,174 yards, in 3 years. And Ron Dayne, AKA the "Dayne Train," is still the NCAA's all-time leading rusher with 7,125 yards at an average of 5.8 yards per carry in his Wisconsin career. A record that has stood going on 23 years now. Dayne is also only one of four players to win Rose Bowl MVP more than once.

Montee Ball is second on the NCAA all-time touchdowns list (and the first RB on the list) with 83 career touchdowns.

Wisconsin still boasts the best running back tandem in NCAA history, with James White and Melvin Gordon combining for a single season FBS record of 3,053 yards, with each running for 1,400 yards a piece.

The Big Ten award for the season's best running back is called the Ameche-Dayne Running Back of the Year Award. Named for two Heisman-winning Badgers, Ron Dayne, who won in 1999, and Alan Ameche. Nicknamed the Iron Horse, Ameche was Wisconsin's first Heisman Trophy winner back in 1954, rushing for 3,345 yards as the then NCAA all-time leading rusher. He would go on to be the third overall pick of the Baltimore Colts in the NFL draft and win NFL Rookie of the Year. 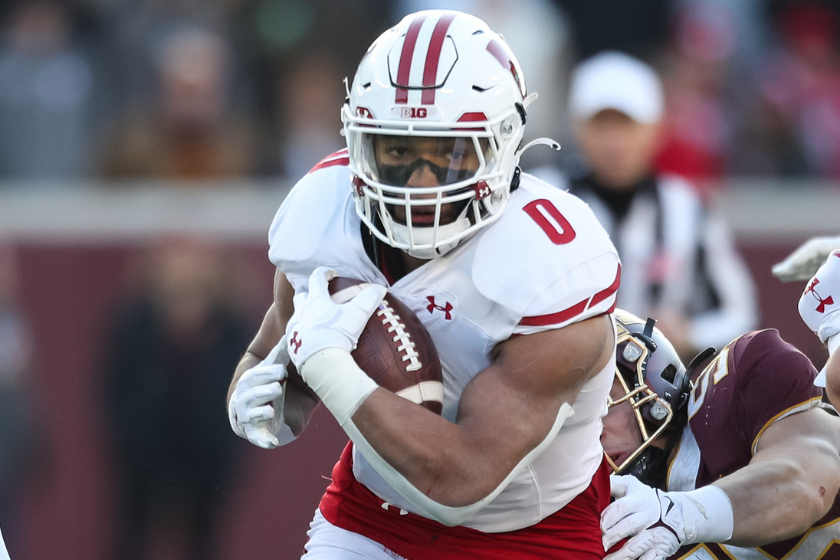 Wisconsin is still cranking out those running backs more than 60 years after Alan Ameche first ran into the endzone in Camp Randall Stadium. In a year where former Badger Jonathan Taylor was dominating on the ground in the NFL, then-freshman Braelon Allen out of Fond du Lac High School, at just 17, put up 1,268 yards with 12 touchdowns for the Badgers and was third in the nation in yards per carry with 6.82. Along the way, Allen did what a lot of Wisconsin running backs like to do: carve his name into the record books. Braelon Allen surpassed 100 yards in seven straight games last season, making him the first freshman running back in Wisconsin history to do that.

From Alan to Allen, it's been 68 years that the Wisconsin running back machine has been going strong and there are no signs of it slowing down.

MORE: Barry Sanders vs. Emmitt Smith: The Epic 1994 Showdown That Determined Who's Better