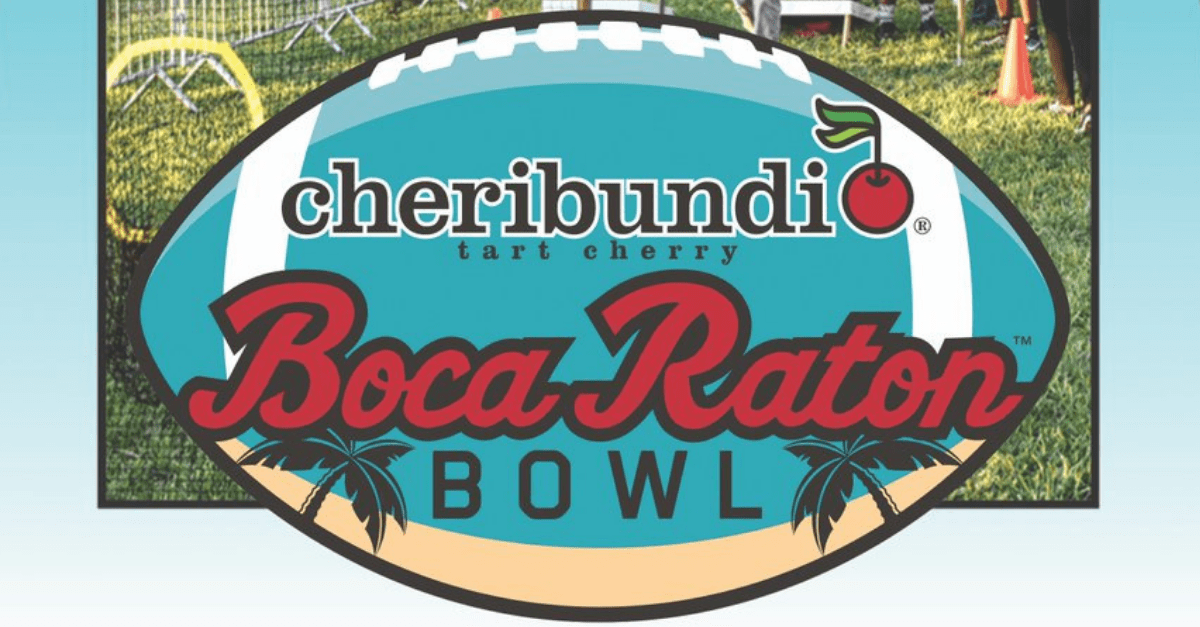 Bowl season is coming, and that means bonus football pitting non-conference teams against each other, which creates a ton of interesting matchups, and even more bizarre sounding bowl sponsorships for us to scratch our heads and laugh at.

Every year, teams that typically don’t get national exposure get the spotlight for their final game of the season. However, with every obscure team in a bowl game comes complete with crazy, off-the-wall sponsors looking for a piece of the advertising pie. While some sponsors are local companies to the bowl game that actually make sense, others make the games more interesting because they’re so strange.

When it comes to major bowl sponsors for the College Football Playoff, the Capital One Orange Bowl, Goodyear Cotton Bowl Classic, Allstate Sugar Bowl, Chick-Fil-A Peach Bowl and Playstation Fiesta Bowl don’t sound all that weird. When a major company we all recognize signs their name on the dotted line, it’s usually for a big-name bowl game.

Still, other companies are looking for the opportunity for some brand recognition, and with 33 non-College Football Playoff bowl games to choose from, there’s no shortage of bizarre-sounding bowl games coming our way.

Here are the 10 bowl games with bizarre sponsors that in no way relate to football:

What a beautiful day for some golfing and an even MORE beautiful day to give away this stellar car ! @mitsucars pic.twitter.com/rudADeWiZE

Pitting the Pac-12 against the Mountain West Conference, this bowl game combines two brands that in no way relate to each other. Sure, they may be global brands, but what does Mitsubishi, an auto manufacture from Tokyo, Japan, have to do with Sin City!?

CYBER MONDAY SAVINGS TODAY ONLY! Head over to https://t.co/4oZyzjlXkS and get your tickets 50% off! #QLB2018 pic.twitter.com/wOzXBwnSVC

When I think of football, the first thing that comes to mind is getting tires rotated and having a fresh oil change! It’s fitting that the Quick Lane Bowl is held in Detroit at Ford Field, but I’d be lying if I said I didn’t have to search Quick Lane to figure out what kind of company they were.

Can you believe we're only 3️⃣ weeks away from the 2018 #DXLFriscoBowl at @ToyotaStadiumTX?

Anybody interested in a Destination XL big-and-tall shirt should probably head to Canton, Massachusetts where their headquarters actually is. Why DXL chose to sponsor a bowl game in Frisco, Texas is beyond me, but at least this bowl name actually has a ring to.

You’d think that maybe something like the “Spotify Music City Bowl” or the “Capital Records Music City Bowl,” but no. We get to see commercials for home owners insurance sprinkled in with an SEC versus ACC or Big Ten matchup. I suppose this new name is better than what this bowl used to be: the Gaylord Entertainment and Bridgestone Music City Bowl.

PASSPORTS STAMPED: It will be @FIUFootball vs, @ToledoFB in the 2018 Makers Wanted Bahamas Bowl on Friday, Dec. 21 at 12:30 pm ET in Nassau's Thomas A. Robinson National Stadium. #BowlGamesAreBetterInTheBahamas pic.twitter.com/UFtvztYpFa

No, this is not a call out to “Makers Mark” alcohol. This bowl game is be sponsored by Elk Grove Village, which is located outside of Chicago and is largest shared industrial park in the U.S. — It’s the first non-tourist municipality to sponsor a bowl game. Yeah, a bunch of people in Illinois are sponsoring a bowl in the Bahamas. Good luck explaining this one, but at least we know it’ll be FIU versus Toledo in Nassau.

It’s Big Ten versus Pac-12, but you won’t need your credit card to rent this movie. When I think of bowl season, the last thing on my mind is the latest flick that I need to go out and rent, then forget to return, and take back a week later to pay the late fee. Redbox is the modern day Blockbuster, and we all have the luxury of Netflix right from our couch anyways…

Nothing gets the blood pumping like a hotly contested matchup between the MAC and Sun Belt conferences, but that’s exactly what you get with the Dollar General Bowl. When you’re done, you can run out and grab all your household essentials for just a buck, which is pretty much the equivalent to seeing this game live in action.

Are you following all of the Cheribundi Tart Cherry Boca Raton Bowl's official accounts? Don't miss out on exciting news and updates as we countdown to kickoff. Follow us now! pic.twitter.com/hv62MLuSHB

What’s the best way to get people to talk about tart cherry juices? Sponsor a bowl game, I guess. I’ve never had a Cheribundi drink in my life (and I honestly don’t plan to), but maybe the people of Boca Raton, Florida would be interested? At the very least, they’ll get to see the American Athletic Conference take on the Mid-American Conference.

Where will you be the day after the holidays?

Start a new family tradition this holiday season with the #CheezItBowl and join the IT crowd on Dec. 26

You may not want to see Big 12 versus Pac-12 action, but you’re definitely going to be craving a box of Cheez-Its after seeing those laughing cheese wheel commercials for this ENTIRE GAME. This used to be the “Cactus Bowl” because it’s played in Phoenix, Arizona, but doesn’t this make more sense? No? Yeah, you’re right.

Ahoy, Tampa! Don’t forget to get your tickets to The Bad Boy Mowers Gasparilla Bowl when we raid @RJStadium on December 20! 👉 https://t.co/t72WPUY9bf 🏈☠️⚔️ pic.twitter.com/QbMGxmBNFd

First off, Bad Boy Mowers’ headquarters is located in Batesville, Arkansas while this game is played in Tampa, Florida. Second, Gasparilla is in reference to legendary pirate Jose Gaspar and “Ye Mystic Krewe of Gasparilla,” which apparently helps revitalize the Tampa area.

Pirates. Residential zero turn lawnmowers. None of this makes sense, but I’ll absolutely be tuned to figure this one out on December 20. It’s the AAC versus Conference USA, and this is officially the weirdest bowl game name of all time.