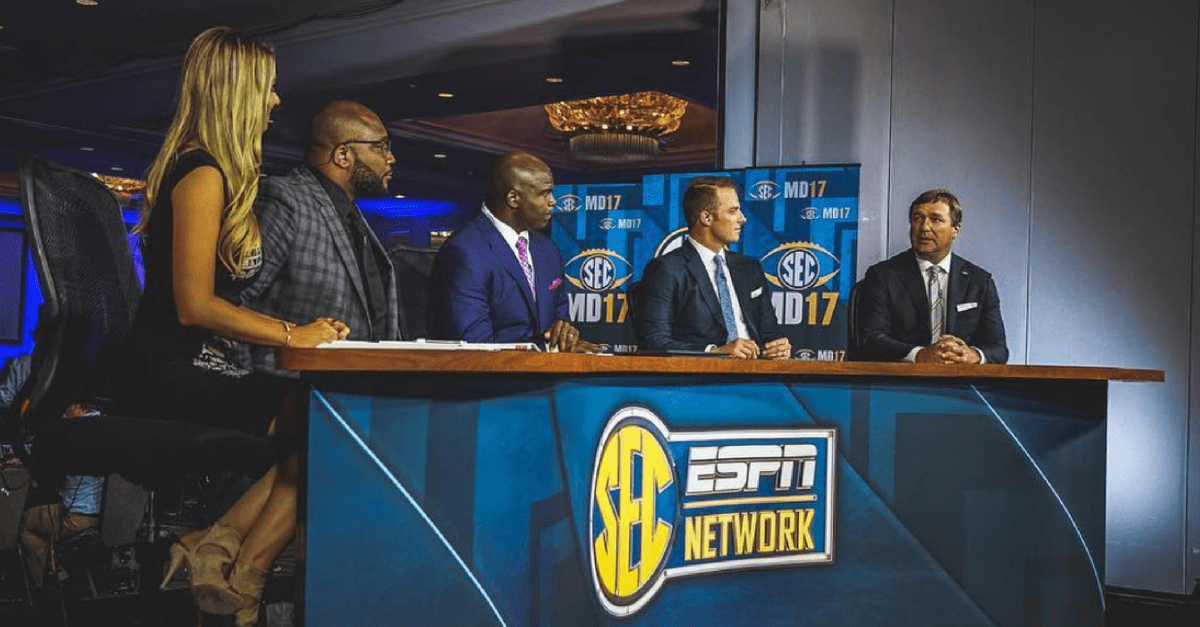 The 2018 college football season is just around the corner.

Well, it might not be that close, but at least the party gets started next week with annual Media Days events across country.

Whether you feel these types of gatherings are very important, or much ado about nothing, they at least are going to get some bigger conversations brewing and fill the void until opening weekend.

Here are the schedules for the Power 5 Conferences:

Nobody does it quite like the Southeastern Conference. Why? It is the biggest, longest, and usually provides the most drama of any conference in the nation. Add in fact, the 2018 version is the first time SEC Media Days is held outside of Birmingham, Alabama area since 1985. This will be one to keep an eye on for nearly an entire week. Of course, the quarterback race at Alabama, the defending College Football Playoff national champions, and Georgia will be a huge topics of conversation.

Where: Ford Center at The Star (Frisco, TX)

Usually an action-packed event, the Big 12 does a nice job of splitting the 10-team league in half over two days. It allows schools to get ample exposure certainly helps avoid media congestion with each program bringing at least four players. There is no doubt West Virginia quarterback Will Grier will have a nice crowd around him at all times.

Where: The Westin (Charlotte, NC)

Having to compete with the SEC, and starting on the day Alabama takes the stage, might not be ideal for exposure here (only partly kidding), but there are plenty of fireworks to be had here (not a joke). Clemson quarterback Kelly Bryant won’t be there, and that’s enough to stir the pot for the two-day affair.

In conjunction with the 47th annual Kickoff Luncheon, which is usually a very cool event, having this in Chicago during the summer is awesome. Maybe not so awesome for the media having to cover it, but still a great place to host and garner a lot of attention for what should be a very competitive league in 2018. What will Michigan head coach Jim Harbaugh have to say?

Who needs a multiple-day event and a ton of players when you can cram it all into one day? That’s the new PAC-12 structure this year. Perhaps it is just limiting the questions from the conference’s 1-8 bowl record last season, but still an interesting approach to make it just one day and should leave everyone curious to see how it goes. There might be some lonely tables with the attention Washington might receive.