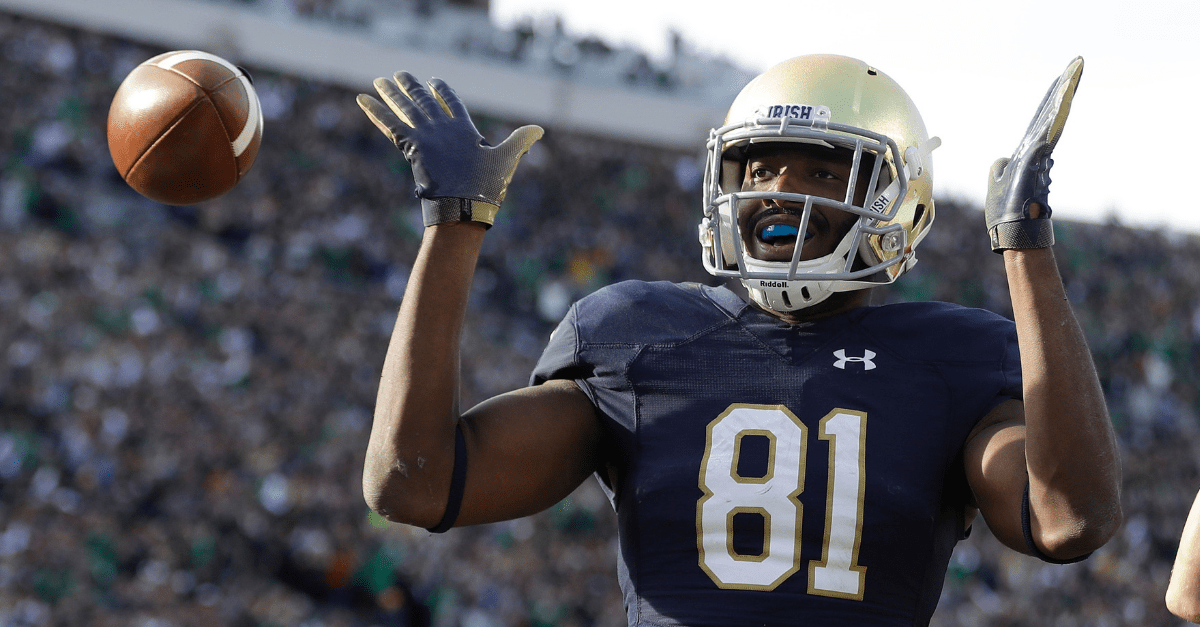 It has been two years since the last college football game in Ireland, when Georgia Tech won an ACC thriller over Boston College to open the 2016 season, but it?s time for college football fans to get ready for a few more across the Atlantic Ocean in the coming years.

Sure, some of the stadium traditions and fancy tailgate parties might not make the trip. However, college football will be getting more global exposure when Aviva Stadium hosts five big-time games from 2020 through 2024 as part of the Aer Lingus College Football Classic series.

The first game of the new series? Republic of Ireland Prime Minister Leo Varadkar announced it will be the Notre Dame Fighting Irish against the Navy Midshipmen on August 29, 2020 in Dublin.

2020 Navy-Notre Dame game will be played at Aviva Stadium in Dublin, Ireland on Aug. 29

This is not the first time these two teams will have played in Ireland?s capital and largest city, either. Behind Theo Riddick?s 108 yards and two touchdowns, the Fighting Irish beat the Midshipmen, 50-10, back in 2012.

Varadkar said over 35,000 fans traveled to Ireland for the game.

Then, of course, there was the game in 2016, when Georgia Tech freshman Dedrick Mills rushed for a short touchdown with 35 seconds left to give the Yellow Jackets a 17-14 victory.

The other four games in the new series have not been confirmed, and tickets for the Notre Dame-Navy matchup won?t go on sale until March 2020, but this is definitely something to look forward to it.

?This is a long-term partnership with US college football. We want to see it continue long into the future. I believe the series will capture the imagination of football fans in both countries.? ? Republic of Ireland Prime Minister Leo Varadkar

This is a win for college football as it gets more global exposure and a win for Ireland as organizers predict the five-game series will be worth ?250 million to the economy.