When the College Football Playoff was introduced in 2014, it was intended to give teams an opportunity to play their way into a national championship. It would fix the shared title between Nebraska and Michigan in 1997 that helped birth the BCS; USC and LSU's split title in 2003; TCU's undefeated season in 2010. At long last, there was a solution.

As we've seen over the eight-year history of the CFP, the four-team field has been an illusion. What was supposed to make the playing field more even hasn't made much difference because the same handful of programs reach it every year. And of those four teams, it'll most likely be Alabama vs. Clemson or Georgia in the national championship game. Sure, the teams that deserve a shot get a whack at it -- but at the end of the day, the semifinals are but a speed bump to the inevitable.

And those semifinal matchups have been a chore to get through. 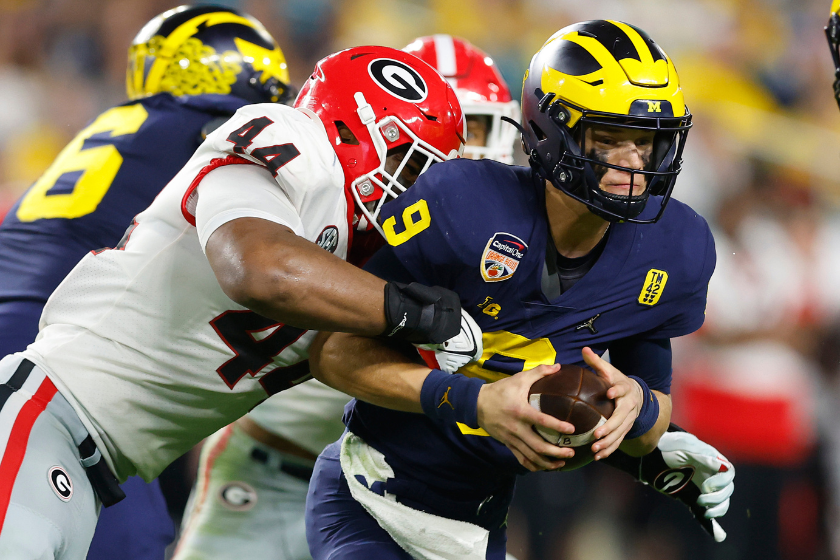 Let's take a look at the history of the College Football Playoff semifinals.

But, in reality, why are these games usually blowouts? Why has Alabama been so dominant? It boils down to recruiting. The Crimson Tide hasn't had a recruiting class outside of the top five since 2014. Eighty players from Tuscaloosa have been selected in the NFL Draft in the same time span. Eighty!

So when you have pro talent, along with a month to prepare and get healthy, it's no surprise Alabama runs teams off the field. If anything, it also goes to show the disparity between the one percent and everyone else.

Clemson used to keep Alabama company in college football's elite tax bracket, but it's been replaced by Georgia since Kirby Smart arrived in 2016. Remember last year, when UGA trounced Big Ten champ Michigan? Georgia was playing a different sport. And Michigan was good!

I expect Georgia will run away with it this year, too. As of this article's publication, the Bulldogs are 6.5-point favorites over Ohio State. Slam it. Ohio State is better than it showed against Michigan, but Georgia is far and away the best team in the country. As for the other side of the bracket, I expect Michigan to handle TCU -- again, because of superior recruiting.

I'm in favor of the CFP's expansion to 12 teams that will happen in 2024. More football is never a bad thing, and playoff games at home stadiums will be awesome. Let's take a look at how the field would shape out this year in a 12-team scenario, though. Alabama would be the No. 7 seed. Are there really six teams we would take over a Nick Saban-led team? They'd probably be the second favorite behind Georgia and meet in the national championship again.

I like the College Football Playoff because teams such as TCU this year or Cincinnati last year get a shot at the national title. They earned it. But, as history has shown us, the semifinals have us asking, "What are we doing here?" a majority of the time. In basketball, the reason March Madness is so great is because less-talented teams can win on any given day. Football is inherently a harder sport for flukes to happen, especially when the talent gap is as large as it is at the college level. And if the College Football Playoff semifinals have shown us anything, it's that talent always wins.