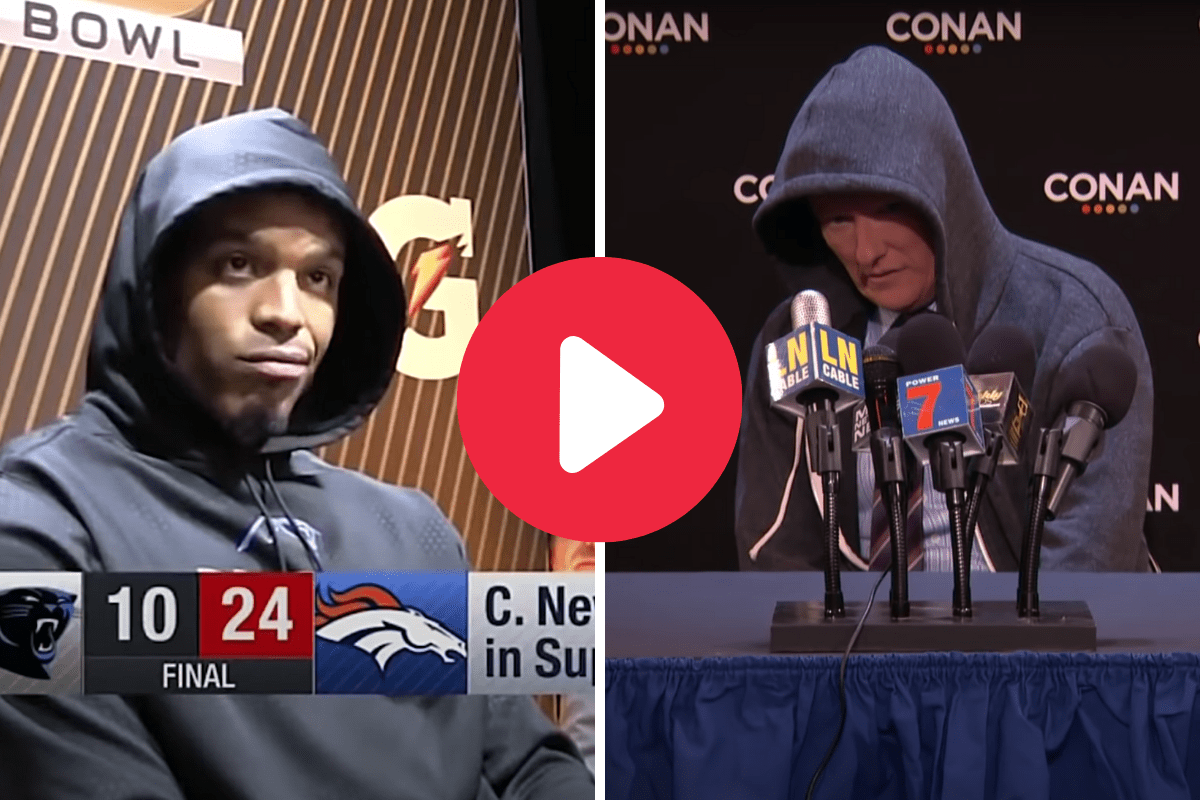 Cam Newton walking off from his Super Bowl post-game presser a few years ago drew some controversy over the next several days. Some people hammered him for it the way they did a Marshawn Lynch presser, while others pushed it aside as a non-issue.

Well, comedian and talk show host Conan O’Brien took a different approach, and per his usual self, tried to make some fun out of it. He gave everyone a spot-on impression of the MVP quarterback.

Afterwards, Conan launched his “post-joke press conference”, where he takes over as the brooding Cam Newton from Super Bowl Sunday, answering questions in the same — yet more hilarious this time — fashion.

The only thing that could’ve made this better is if Cam Newton joined him on the show and gave him some pointers.

This article was originally published on February 12, 2016.