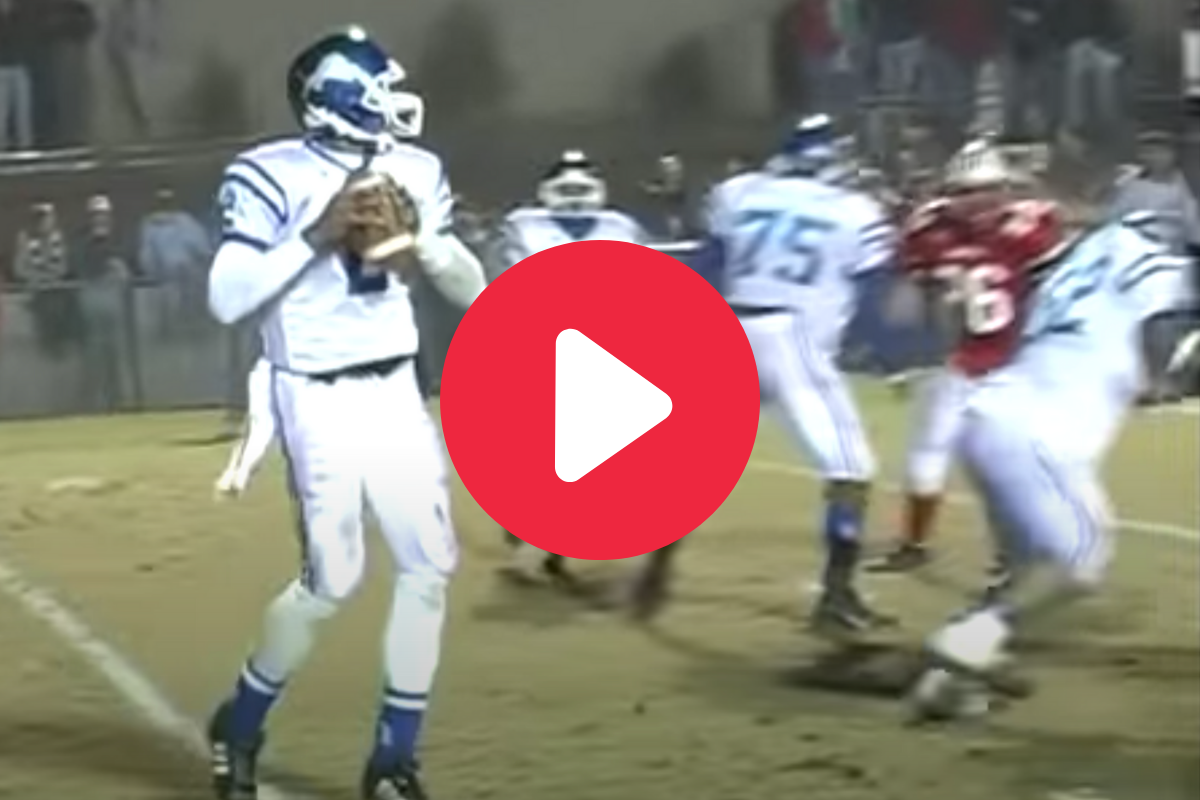 Cam Newton was one of the best high school players the state of Georgia had seen in quite some time and his play at Westlake High School was dominant enough to get prestigious college football programs to send him offers.

Before his time on the Auburn Tigers, Carolina Panthers, and New England Patriots, Newton was just a young quarterback from Atlanta.

It’s a bit jarring to see Newton wearing No. 2 for the Lions, but what jumps the most is how mobile Newton was, even as a 17-year old. Newton could throw the ball deep or run it in for an easy touchdown, and he was impossible to defend, especially at his size.

Those matchup difficulties have made their way to the NFL, too. For the better part of a decade, he could not be brought down. Being built like a linebacker with the speed of a running back is a deadly combination.

Cam’s football genes came from his father, Cecil, who helped motivate him to be his best at all times. His mother, Jackie, helped him focus on school.

As a junior, he passed for 2,500 yards and had 23 touchdowns and his legs gave him an additional nine scores. His senior year put him on the radar of many college coaches, including Urban Meyer, who recruited Newton to the Florida Gators.

Cam Newton was brought in as the heir apparent to Tim Tebow, but his career did not take off at the University of Florida, After an arrest, he left the team and transferred to Blinn Junior College in Brenham, Texas.

Their football team was certainly not up to Newton’s standards, but his performance there brought him Division I offers once again. This time, he would join Auburn University.

On the back of a season that included 51 touchdowns and just seven interceptions, the Tigers steamrolled through SEC rivals like Mississippi State, Georgia, LSU, Alabama, and South Carolina.

Newton led a fourth-quarter comeback in the Iron Bowl, but that rivalry would take a few more years to deliver its best moment.

Newton was named an All-American and won the Heisman Trophy in 2010.

Following an impressive BCS National Championship Game performance against Oregon, the Tigers were the best team in all of college football.

Not bad for a guy who got recruited as a tight end by some programs.

Heisman Trophy winners typically get a boost to their stock, and that was no different for Newton. He was taken with the first-overall pick in the 2011 NFL Draft and became the Panthers’ quarterback right away. After two promising but unsuccessful seasons, he led them to a playoff appearance in 2013.

Of course, the highlight of his career was the 2015 season. The Panthers went 15-1, and Newton won the NFL MVP award. Unfortunately, they lost to the Denver Broncos in Super Bowl 50 in what was Peyton Manning’s swan song.

Injuries and ineffectiveness have taken over Newton’s career ever since. After Tom Brady signed with the Tampa Bay Buccaneers, Newton moved to the New England Patriots to play for head coach Bill Belichick after agreeing to a one-year contract.

So far, the effects of his shoulder and foot injuries have slowed him down. A positive COVID-19 test did him no favors, either.

Cam Newton brought a certain physicality to the quarterback position and it appears that he is now paying the price. Even so, his high school highlights prove just how incredible he was for such a long period of time.