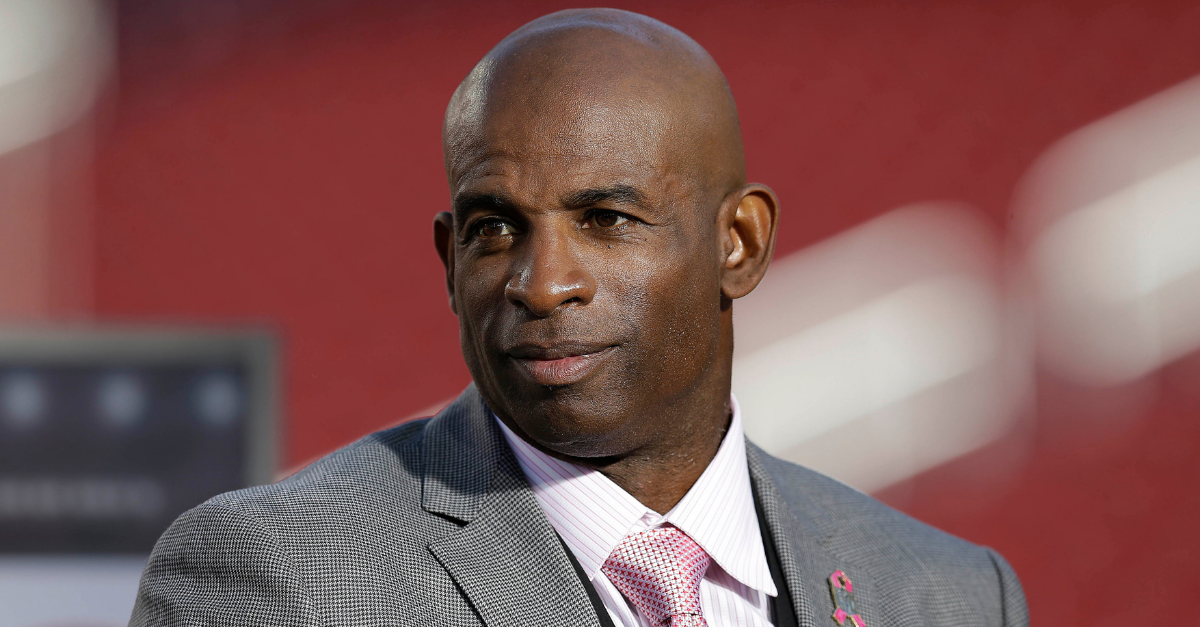 Deion Sanders is a polarizing figure who is impossible to ignore. He?s always been able to talk the talk and then back it up. There was no doubt he was going to excel in life after his legendary playing days were over, but becoming a college football coach? That probably wasn?t on a lot of people?s radars. It has been on his, though.

Back in January 2020, the Pro Football Hall of Fame cornerback was confident he would lead a program by next football season. Scratch that, Prime Time was certain he would be.

According to multiple reports, including Sports Illustrated?s Ross Dellenger, Sanders was finalizing a deal to be the next head coach of the Jackson State University Tigers in Mississippi last week. It was first reported by HBCU Sports. Jackson State famously produced Hall of Fame running back Walter Payton.

Then, it became official.

Since retiring from the NFL in 2005, Hall of Famer Deion Sanders, who also played Major League Baseball, has stayed close to football. He?s worked for the NFL Network and recently signed a deal with Barstool Sports during the coronavirus pandemic and COVID-19 outbreak. Most notably, he was the offensive coordinator at Trinity Christian High School in Cedar Hill, Texas.

His son, Shedeur Sanders, is the quarterback for Trinity Christian School and committed to play at Florida Atlantic next fall.

The report of his hiring was a roller coaster. TC Taylor, JSU?s current offensive coordinator was the initial favorite to get the job and replace John Hendrick. There were contractual issues to sort out, too. Sanders is under contract with Under Armour and JSU is a Nike school, but the deal got done.

Sanders, an All-American defensive back at Florida State and two-time Super Bowl champion, said “God called me to Jackson State,” on his new podcast, according to the Clarion Ledger, and was officially announced as JSU’s next head football coach on Monday morning by President Thomas Hudson and Athletic Director Ashley Robinson.

“I am truly blessed to be the 21st Head football coach of Jackson State University,” Sanders said in a statement. “This amazing HBCU has always enjoyed a high level of commitment academically and athletically. It’s my desire to continue this storied tradition and history of JSU and prayerfully bring more national recognition to the athletes, the university, the Sonic Boom of the South, and HBCUs in general. I am TRULY proud to be a part of the JSU Tiger family. ‘I BELIEVE'”

Although he?s never been a head coach, Sanders? experience in the NFL with the Atlanta Falcons, San Francisco 49ers, Dallas Cowboys, Washington Redskins and Baltimore Ravens is certainly valuable. He?s still a household name, too.

Moving forward only address me as “COACH PRIME” @GoJSUTigers get ready it’s official!! I BELIEVE!!! DO YOU?? @JacksonStateU pic.twitter.com/8rTX3iSqgB

Coach Sanders, or Coach Prime, is ready for his big coaching job and wants to take the FCS football program to new heights.

So whether you?re ready or not, gameday in the Southwestern Athletic Conference (SWAC) might get a lot more entertaining with Prime Time coaching young men during football games.

This post was originally published on September 18, 2020 and updated when Sanders was hired.