But what about when your own teammate does something out of the ordinary? Such as slamming his head with his helmet like an insane person right in front of you?

To answer that, let's take a look at Pittsburgh defensive lineman Devin Danielson and how he horrified his teammates.

You would think this highly animated moment came at a time of duress, but alas, the Pitt Panthers were up 42-16 against Miami when Danielson gave himself the first self-inflicted concussion of the season (based on my diagnosis from my office chair). He had just finished happily chatting with linebacker Tyler Wiltz when he abruptly slammed his helmet on the ground in frustration -- I guess?

Then, defensive end Deslin Alexander tried to calm him down, unsuccessfully, before Danielson went full berzerker mode and pounded his head with his helmet. Not once, not twice, but three times.

Meanwhile, Danielson's teammates don't know what to do with themselves. 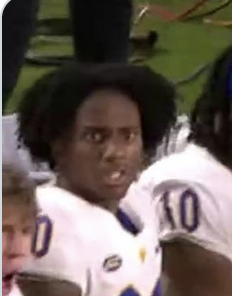 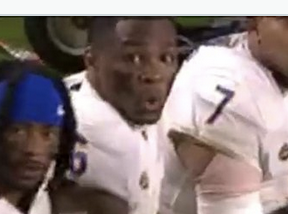 They settled on throwing thier hands up in disbelief while realizing they had to share a plane with this guy in a few hours. Danielson nonchalantly ended the ordeal by putting his helmet on and turning his attention back to the field.

Pitt won the game to finish with an 8-4 record. Danielson had one tackle.

I'm going to give Danielson the benefit of the doubt here. He was using a unification tactic -- you know, like when a team comes together because they hate a coach with a burning passion. Same deal here. Pitt is united because they think their teammate is a psycho. That's the kind of leadership you want to see out of a redshirt senior.

MORE: Rocked Like a Hurricane: How Mario Cristobal's First Season at Miami was a Natural Disaster