Last season, the Miami Hurricanes finished 7-5, and many thought the season was a disappointment. Through 11 games, Miami was 5-6; and at the end of the year, head coach Manny Diaz was relieved of his duties. Former Miami offensive lineman and Oregon head coach Mario Cristobal was brought in to save the program. Things were looking up in Coral Gables.

It made a lot of sense, too. Cristobal had played at Miami during the dynasty days, winning a national championship with the program in 1989 and 1991. Cristobal then had a successful coaching career and built a team that was 4-8 back to a winning record and a bowl game. Going 35-12, Oregon won the Pac-12 twice during Cristobal's tenure from 2018 to 2021.

Even with such a background of success, Miami has been led to new lows this season under Cristobal. Diaz was fired for seven wins, but Miami would have to win out just to get there this season. 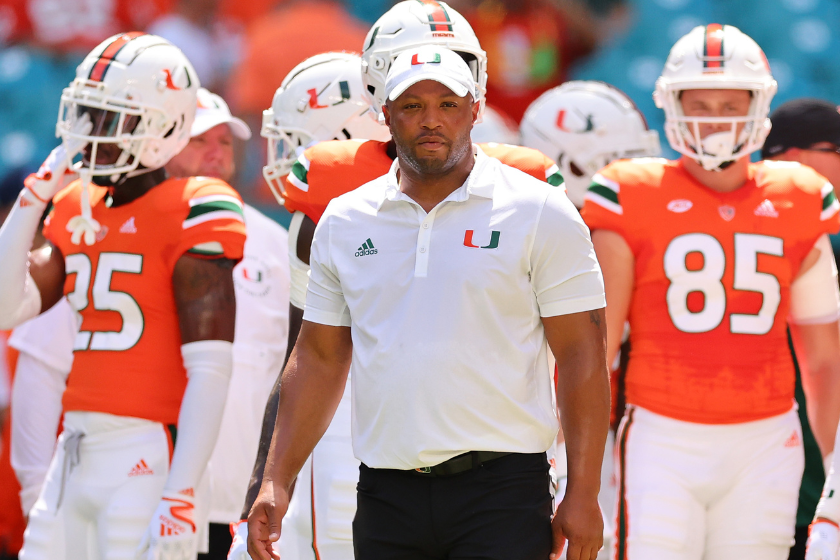 Diaz was Miami's head coach from 2019-2021. The three years he was there gave him time to build a roster of players for his coaching staff and game plan.

The Hurricanes were known for their up-tempo spread-style offense in 2021, with offensive coordinator Rhett Lashlee and headlined by quarterback Tyler Van Dyke winning Atlantic Coast Conference Rookie of the Year. The offense hummed in the passing game and didn't seem to have any issues putting up points, averaging 34.1 per game.

This year, however, Cristobal and offensive coordinator Josh Gattis have tried hard to implement the running game.

While a strong running game can signal success, it isn't obvious that relying on the rushing attack was the immediate answer for the 'Canes this season. Miami threw for 321.2 passing yards per game in 2021. That number ranked third in the conference, while Miami's rushing attack was ranked at 12th in the ACC and amounted to only 127.7 yards per game.

As they had the personnel built at the necessary positions, Cristobal's Oregon Ducks rushed for 202.4 yards per game in 2021, while Gattis' Michigan Wolverines picked up 214.4 yards per game on the ground.

Given that Miami returned much of the team from 2021, one could guess that the team would be built to throw the ball better than run. Instead, Cristobal and Gattis have tried to implement a heavy dose of the running game, and it simply hasn't worked an elite level.

For all the team's efforts to grow the run game, it only ranks eighth in the ACC, as Miami runs for 140.1 yards per game.

The Miami rushing attack could get to the levels that Cristobal and Gattis desire -- eventually. In the meantime, with the current roster, Miami should maybe look for more success in the air and slowly rely more on the ground game once it gets the players needed to make it one of the ACC's best. 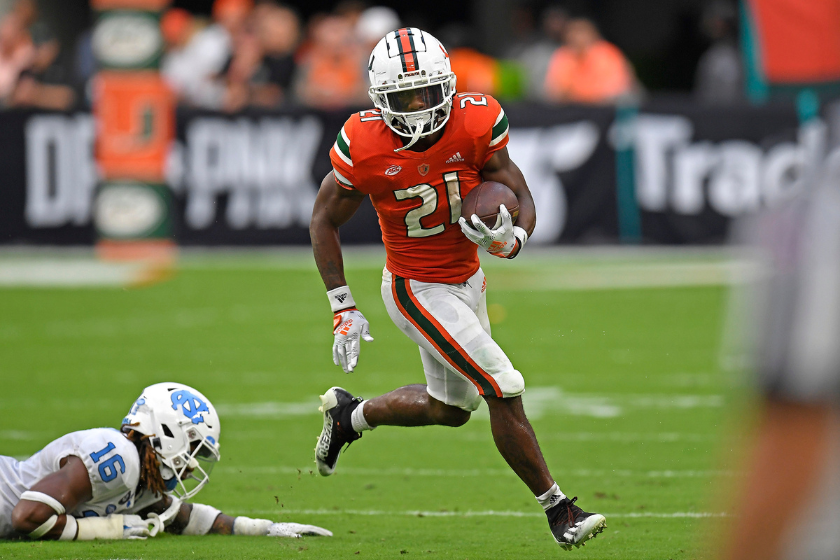 If you're a coach at the podium, this can't be your excuse. Fans will only point to the disappointment and results, and they don't want to hear about who is injured and why it means that your team lost.

Yet the Hurricanes have had significant injuries at key positions, which hasn't made anybody's job easier, so that is only fair to recognize.

Starter Van Dyke was hurt during the game against Duke when Miami lost 45-21, and he has been on and off since then. Van Dyke was not as productive as last year, and the Hurricanes went with Jake Garcia in a lot of their situations without Van Dyke, but Garcia has yet to come through in a big way. Garcia has thrown two touchdowns, four interceptions, and is completing under 60% of his throws.

Moreover, key wide receiver Xavier Restrepo was hurt after the opening game against Bethune-Cookman and only recently returned when Miami won on the road at Virginia a few weeks back. The 'Canes were also missing their first option at running back against Georgia Tech, Henry Parrish. On the line, draft prospect and preseason All-American Zion Nelson has only played in one game (at Texas A&M).

While every team has had to deal with its own injuries, having numerous key pieces out for a program that is in year one of a rebuild will not be easy.

Surprising Regression at the Wrong Time 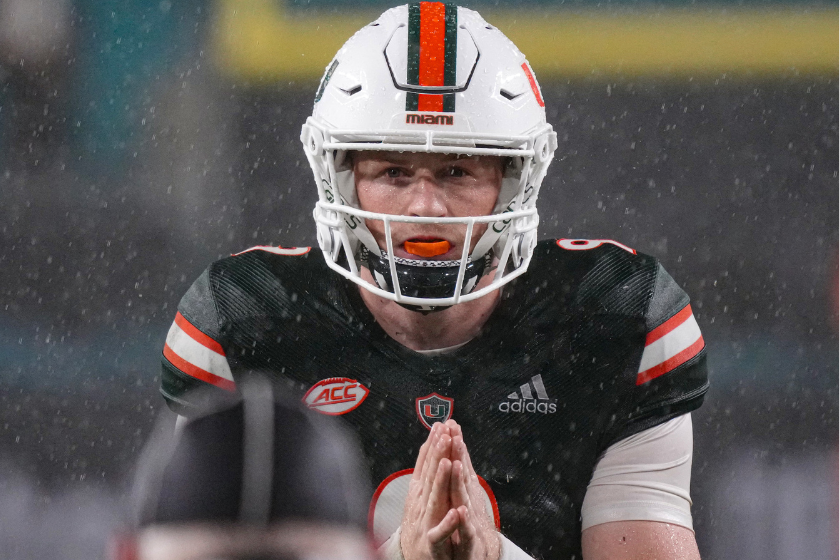 RELATED: FSU and Miami's 1987 Rumble Had More Future NFL Players Than Any Game Ever

Though the coaching staff of Miami has fallen on the sword and taken the majority of the blame, the players have to execute -- and that has often not happened.

One player in particular takes the spotlight: Van Dyke in the pocket. Van Dyke threw for 293 yards per game last season while also completing 62.3% of his throws. The Connecticut native also managed to finish his season with 31 touchdowns, fifth best in the ACC, even though he didn't get a full start until Miami played in its fifth game against Virginia.

Van Dyke has mysteriously struggled, and from a simple eye test that isn't all on the schematics from the coaching staff. In his first pass of the game against Middle Tennessee, Van Dyke threw a ball right to defensive back Zaylin Wood for a pick six. Later, Van Dyke was benched after throwing another interception and missing several throws as Miami went on to lose by 14 points despite being big favorites.

In the prior game against Texas A&M, Van Dyke finished with a near career low in passing yards -- only 217 yards -- while barely completing over half of his passes.

What's worse: Miami hasn't been able to consistently rely on backup Garcia. The 6-foot-4-inch quarterback didn't look strong in his first start of the year against Duke, throwing three interceptions while fumbling the ball twice for a total of five turnovers.

The following week at Virginia, Garcia recovered to throw for no interceptions but also no touchdowns and only 125 yards in the air while completing 48.4% of his 31 passes.

All in all, even as Miami has looked to be effective through the air, the quarterback play has largely disappointed.

To close out the season, the Hurricanes will face defending ACC champion Pittsburgh Panthers at home in Miami, as Cristobal ends a tough first season as head coach.

MORE: Why Miami's Pricy, Hilarious Turnover Chain Was Discontinued in 2022