In college athletics, one of the most important pieces a program is their mascot. However, not all of them are straightforward. Some are just downright weird.

The University of Miami Hurricanes has its nickname for good reason, but why is the mascot a bird? Well, it is actually an Ibis, and the reason is pretty damn cool. 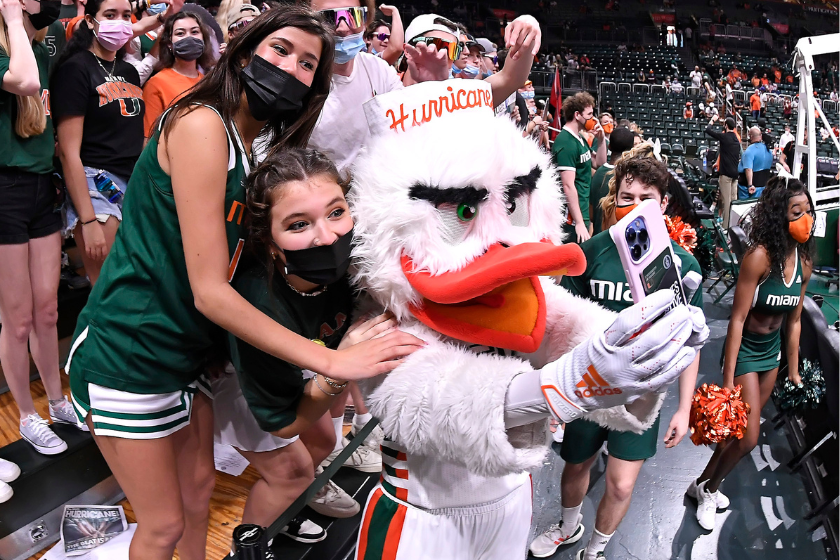 RELATED: Larry Coker Coached One of The Greatest College Football Teams Ever, But Where is He Now?

When The U was founded in Coral Gables, Florida in 1925, the school needed a nickname to go along with its NCAA sports team. Apparently, some wanted to go with a "local flora or fauna," but Porter Norris of the 1926 team said none of the players would go for that.

One story says Norris suggested the Hurricanes because the opening game of the season had been postponed due to a storm. It has also been scene as a logical nickname due to the storm often hitting the South Florida coast.

Yet, this still doesn't explain why the Miami Hurricanes mascot would be a bird.

The professional MLB team in Miami are the Marlins, an obvious fish from around the area. Same with the Miami Dolphins of the NFL. The Florida Panthers makes since with the panther being the State animal.

The Florida Gators and Florida State Seminoles are pretty straightforward, too, though I guess Seminoles needs a little back story, but they were historically from Florida.

Nevertheless, it is important to know what kind of bird Sebastian is.

What is the Miami Hurricane Mascot? 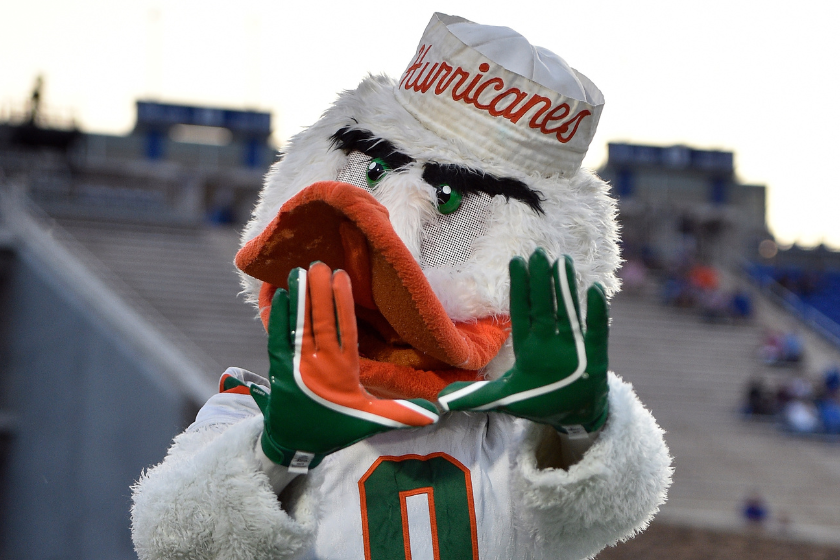 Sebastian the ibis is an American white ibis, which is a marsh bird native to the Everglades in South Florida and Egypt. In Folklore, the ibis is important in weather, especially Hurricanes.

"...the Ibis, a symbol of knowledge found in the Everglades and Egypt, is the last sign of wildlife to take shelter before a hurricane and the first to reappear after the storm."

So, the ibis is a bird that waits to seek shelter until the last minute as the hurricane approaches, basically letting everything and everyone around know that things are about to get rough. When they reappear, it is a sign of clearer weather and that it is safe to come out.

Although it takes thinking about, that is an amazing mascot. Could they have just made the mascot a weird cyclone? Sure, but that would probably be weird and just not cool like Sebastian has been for over half a century.

The Ibis became the official mascot when the school yearbook took the name "The Ibis" in 1926. In 1958, John Stormont first performed at Miami football games in an Ibis costume that was "glued, sewn and pinned together."

Since the 1980s, when the Miami Hurricanes became a national contender in college football, Sebastian has been one of the most famous and recognizable college mascots in the United States, even though most people think he is a duck or just a random bird.

This article was originally published on July 26, 2019, and has been updated since.