Love them or hate them, there are teams whose betterment is beneficial to their sport as a whole. Think the New York Knicks in the NBA, the Dallas Cowboys in the NFL, the New York Yankees in the MLB and the Duke Blue Devils in college basketball. When those teams are good, people pay closer attention because everyone is certain to have an opinion on them.

The same rings true in college football. However, it's much more difficult for illustrious programs of the past to rebuild given the current, chaotic state of the sport. The Alabamas, Ohio States, Georgias, Oklahomas and Clemsons of the world will have no trouble whichever direction college football goes, but Texas, Nebraska and Miami -- programs with rich histories -- have lost their place amongst the big dogs.

The pieces are in motion for this to change soon for the Miami Hurricanes.

The Hiring of Mario Cristobal 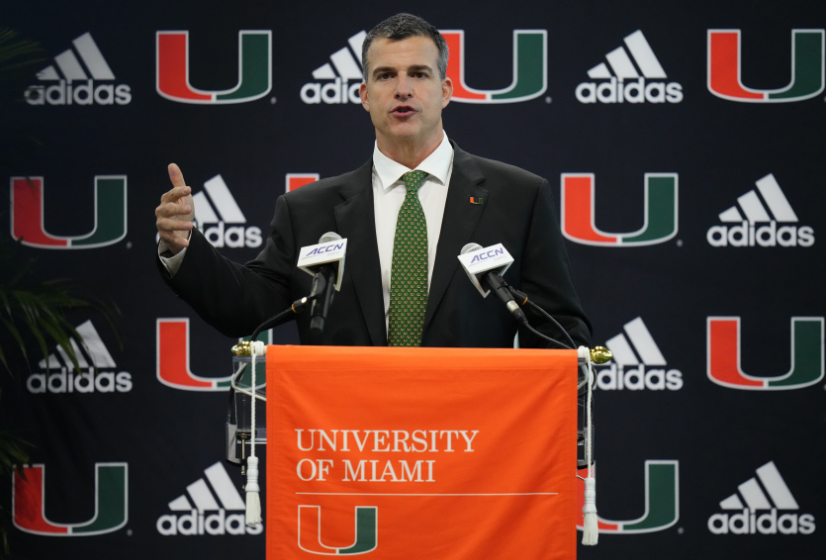 Miami was at a crossroads after the 2021 season. Former head coach Manny Diaz was fresh off a 7-5 campaign, roughly par for the course since the program's historic 2001 national championship run, but his future was uncertain. Why? Miami was finally willing to up investment in their athletics, and with the extra cash, they could go after a prodigal son who was stationed in Eugene, Oregon.

Mario Cristobal had no reason to leave Oregon. After all, he led the Ducks to two Pac-12 titles in his five-year tenure and had all the resources he wanted. But, Miami was different. Cristobal grew up in Miami, won two national championships as an offensive tackle at "The U" and was an assistant there for three seasons. His alma mater was the only job he would leave for, and once he saw the program's revamped dedication, he packed his bags for home.

The Miami administration has said they would've retained Diaz had Cristobal turned them down, but when he didn't, they triumphantly trotted around the bases. Sure, Cristobal is a hometown kid, but he's also one of the best recruiters in the country.

One of the best offensive linemen in the 2023 class is now a 247Sports 5-star. @CanesFootball commit Francis Mauigoa could make an impact at Miami from day one.

Yes, Cristobal grew up in Miami, but he also has experience recruiting in the area as a head coach. He cut his teeth leading Florida International, which is just down the road from Miami, for five years before he was controversially let go after the 2012 season. Alabama head coach Nick Saban saw Cristobal's promise and brought him onto his staff as the offensive line coach the following year.

During his tenure in Tuscaloosa, Cristobal helped the Crimson Tide reel in the top-ranked recruiting class four years in a row. His efforts were recognized by 247Sports, ESPN, Rivals and Scout, who named him the top recruiter in the country in 2015. At Oregon, Cristobal landed four top-15 recruiting classes, including two in the top 10, in a less abundant talent region.

Down in Coral Gables, Cristobal should feast in the best talent hotbed in the country. In fact, he's already started chowing down. The new Miami head coach inked Francis Mauigoa, the top offensive tackle in the 2023 recruiting class, back in July. He's also nailed down Jayden Wayne, the seventh-ranked edge rusher and Jaden Rashada, the seventh-ranked quarterback. The Hurricanes also remain in the mix for 13 top 100 recruits, according to 247Sports. Seven of those are five stars. They currently sit as the ninth-ranked class of the '23 cycle. Keep in mind this is only his first class. He's poised to make Miami one of the hottest recruiting destinations in the country -- much like it is in free agency in professional sports.

College Football is Better When Miami is Good 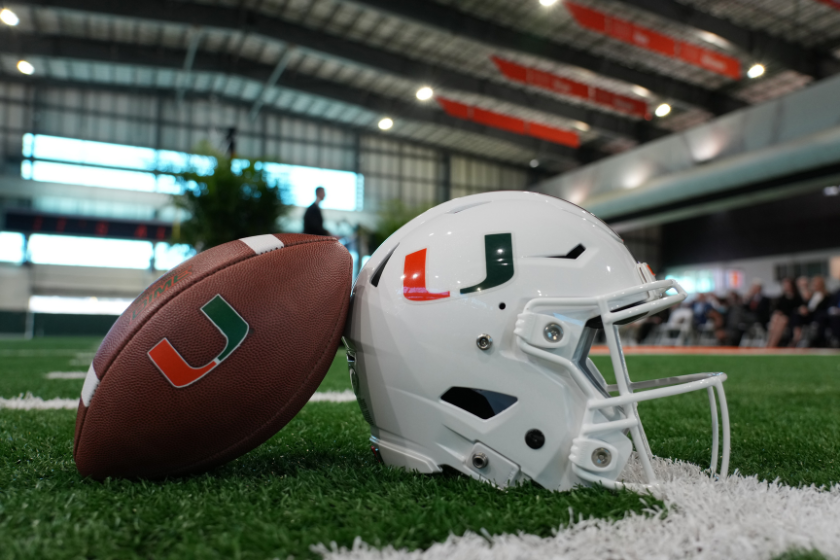 Even with all the changes college football has undergone, Miami is in a better position to crack the sport's elite programs than most. Recruiting is far and away the biggest part, and now that they are getting administrative support and have an elite head coach, the 'Canes being "back" is actually realistic.

And look, I'm a Nebraska fan. I have every reason to hate Miami. That being said, parity is always welcome. Seeing someone other than an Alabama or Ohio State in the mix would be good for the sport. The same goes for Texas. Will I be cheering for either of them? Hell no. But will I tune in to see how they do each week? Hell yes. New blood is fun. Revitalized programs we grew up watching is fun, no matter which side you're on.

This season, Cristobal has a stud quarterback in Tyler Van Dyke and a talented receiving corps along with seven returning starters on defense. As far as their schedule goes, you can count on their September 17th matchup with Texas A&M in College Station being a blood bath along with pivotal ACC games against Clemson and Pittsburgh. He's also gotten rid of the famous turnover chain, which was installed by former head coach Mark Richt in 2017.

"Certainly history is history, and whether it's positive, whether it's inconsequential, whatever it may be, it's still history and part of your program," Cristobal said, per ESPN. "We're just moving in a direction that right now doesn't involve it. That's really the best way to address it."

The 2022 campaign will be about Cristobal laying down the foundation for a new era of Miami football. The finished product turning into Miami Tower would be a sight to see.