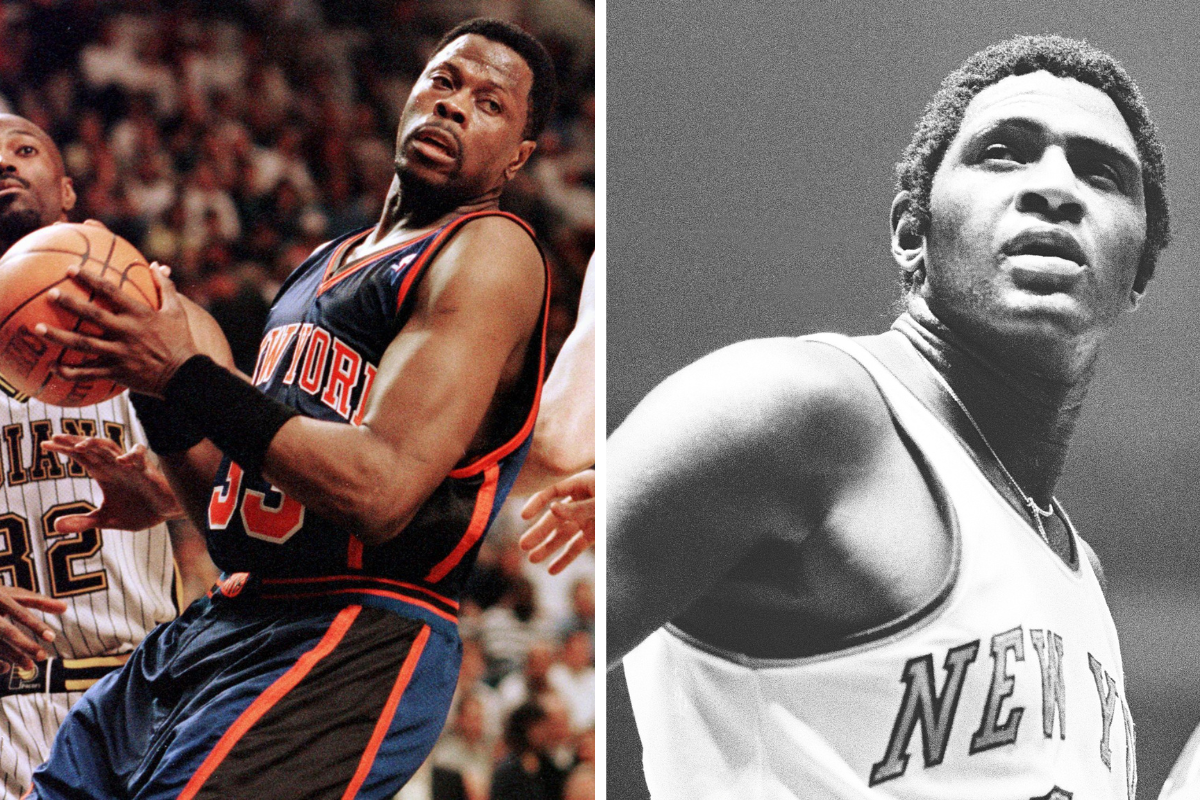 The New York Knicks are one of the most famous franchises in sports, despite what they may look like now. The current Knicks lineup of Mitchell Robinson, Julius Randle and RJ Barrett is a far cry from the teams won two championships in 1970 and 1973 and had an impressive run in the mid-90s, which included a Finals loss to the Houston Rockets in 1994. New York is also tied with the 76ers for the second-most losses in the NBA Finals with 6 (the LA Lakers have lost 15 Finals).

The team has had some very special players take the court for them in Madison Square Garden. Let’s take a look through their starting lineup made up of only the most historic players to ever play at MSG.

Related: Patrick Ewing’s Net Worth Skyrocketed After He Cashed in on Sneakers

Ewing was seen as a slam-dunk/can’t-miss selection with the first pick in the 1985 draft. There is even a conspiracy theory around the Knicks being rigged to receive the opportunity to take Ewing. While Ewing never was able to win a championship for New York, it’s difficult to complain about his time as a Knick.

Ewing played in over 1,000 games as a Knick and is the franchise leader in Win Shares with over 120. He was an All-Star nearly every season he played for New York and was crowned the 1992 Defensive Player of the Year. Ewing’s time in MSG ended when he was dealt to Seattle in a multi-team trade.

Related: Willis Reed’s Heroic Entrance 50 Years Ago Made Him an Icon

The Knicks selected Reed with the eighth overall pick in 1964 Draft. Reed’s apex season would come in 1970 when he averaged a 22/14/2. Reed was the All-Star Game MVP then won the league MVP and was also crowned the Finals MVP when the Knicks won the title. He also made both the All-NBA and All-Defense First Teams.

This was one of the best seasons for a player in NBA history and Reed topped it off with one of the most memorable performance in NBA Finals history when he played through an injury in Game 7.

DeBusschere is another member of the Knicks two title runs in the ’70s. He was originally drafted by the Detroit Pistons and then traded to New York for Walt Bellamy and Howard Komives in 1968. DeBusschere would go on to make the All-Defense First Team in every season he played for the Knicks.

His No. 22 was retired by the Knicks, and DeBusschere was also part of the 75th Anniversary Team, cementing his legacy as one of the NBA’s greats.

Houston joined the Knicks as a free agent in the summer of 1996. He made two All-Star teams during his near decade-long run in New York. This was the toughest decision in the lineup as Houston’s tenure as a Knick is similar to other shooting guard John Starks.

The ultimate decision came down to Houston having more Win Shares (45.5 vs. Starks’ 44.3) and a better shooting percentage on three-pointers (40 percent vs. Starks’ 35 percent).

Frazier was drafted No. 5 overall by the Knicks in 1967 NBA Draft. He made the All-Star team in his third season and then made it again in the following six seasons for the Knicks. Frazier is also the last member of the two-time champion Knicks who made this lineup.

His time in New York came to an abrupt end when he was traded to Cleveland in 1977 for Jim Cleamons. The deal was not a success for New York as Cleamons averaged a mere 7/3/4 in 180 games as a Knick. Luckily, there were no hard feelings as Frazier returned to MSG as an announcer, and the world was blessed with the opportunity to witness his fashion sense.

Related: The 10 Best NBA Players From HBCUs are All-Time Greats

Oakley came to the Knicks in the summer of 1988 when he was traded for Bill Cartwright. He went from being Michael Jordan’s right hand man on the Bulls to Ewing’s on the Knicks. Oakley averaged a double-double in his decade at MSG and made the All-Defense 1st Team in 1994.

The Knicks said goodbye to Oakley in 1998 when they traded him and Sean Marks to Toronto for Marcus Camby. Since his career ended, Oakley has had a falling out with the Knicks franchise as he was kicked out of MSG in 2017.