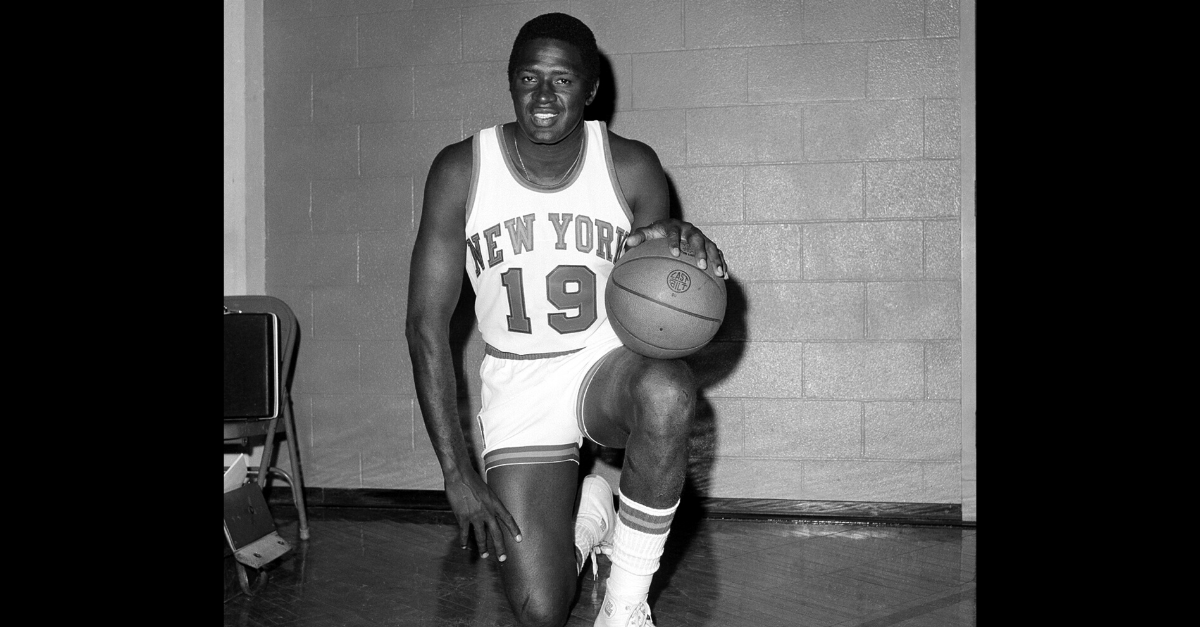 On May 8, 1970, the New York Knicks and Los Angeles Lakers pitted against each other for all the marbles in front of a brewing crowd at Madison Square Garden. Wilt Chamberlain, Jerry West, and L.A. prepared on one side. Walt Frazier, Bill Bradley, Dave DeBusschere, and New York were on the other.

The Knicks had a void. Their captain, center Willis Reed, tore his thigh muscle two games earlier. He sat out Game 6, and his status for the decisive Game 7 seemed doubtful.

Reed trotted out of the tunnel at the tail end of warmups. The arena rumbled. The Knicks turned, and the Lakers followed suit.

The ship wasn’t sailing without its captain.

The training room before tip was a revolving door of players checking on Reed. Knicks head coach Red Holzman focused his team on the game. Behind his words, doubts whirled.

“We?re on the court, Willis is in the trainer?s room with the door closed. We had no idea if he?d play or not. I was thinking how are we going to do this without Willis??

Reed’s emergence boosted morale. The regular season MVP started and hit his first two field goal attempts ? jump shots with a high-release lefty stroke. Each trip down the court was a trek. He winced as he dragged his entire body weight on one good leg.

The Knicks center’s principal duty was to guard Chamberlain, who scored 45 points in his Game 6 absence. He held his own, limiting Wilt the Stilt to 21 points on the labored thigh muscle. At halftime, the Knicks led 69-42. They pulled away for a 113-99 victory in a game that was never really close. The Knicks captain and his teammates celebrated an NBA championship.

Reed, a Bernice, Louisiana, native and Grambling State University alumnus, displayed mental fortitude in his 27 minutes of Game 7 action. The basketball player put aside his physical well being for the good of the team. His courage earned the Knicks their first NBA title in franchise history.

In his post-playing days, Reed served as head coach and general manager of the New Jersey Nets from the late 80s to mid-90s. He was inducted into the Naismith Memorial Basketball Hall of Fame in 1982.

“You exemplify the very best that the human spirit can offer.”