Patrick Ewing's basketball career is the stuff legends are made of. From the NCAA and NBA All-Star Games to the Basketball Hall of Fame, Ewing stands tall among giants.

As a player, he had long periods of invincibility. As the current head coach of his alma mater Georgetown University, he is just beginning to leave his legacy.

But how much net would a net man net if a net man could net nets?

In other words, how much moolah has Ewing's big-time career netted him? To understand how much Ewing is worth and why he's worth it, you need to understand his history. 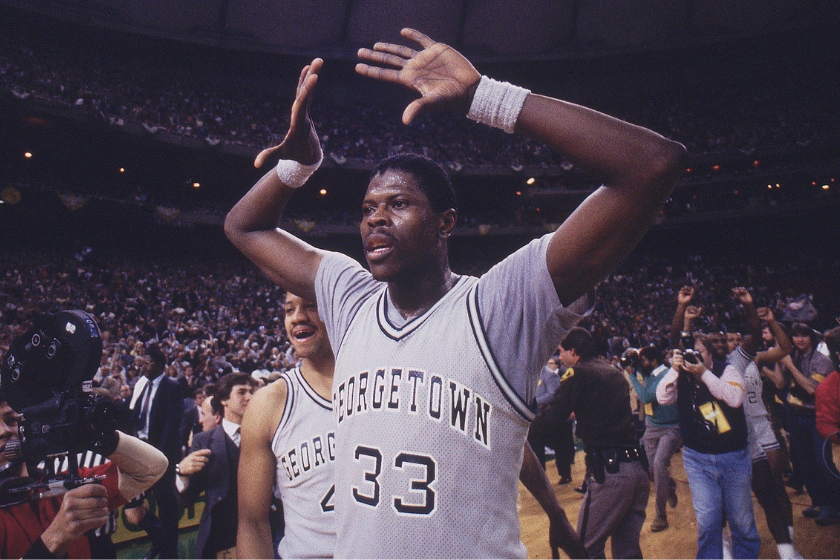 Patrick Aloysius Ewing was born in Kingston, Jamaica in 1962 on the same day that Marilyn Monroe died.

At 12 years old, Ewing and his family moved to Massachusetts. He joined the basketball team in high school and proceeded to dominate everyone within eyesight. Ewing balled so hard at Cambridge Rindge and Latin School that he made the damn Olympics, becoming the first high school student to do so.

The young center known for snatching rebounds with senseless abandon was highly recruited before college.

Ewing ultimately chose John Thompson's Georgetown Hoyas and never looked back. Well, maybe he did if only to count his trophies.

Allow me: 16 individual honors, one NCAA Championship, and one awesome nickname -- The Hoya Destroya. Among those accolades, Ewing won Most Outstanding Player in '84, National Player of the Year in '85, and was named First-Team Big East three times.

Georgetown's national championship run is so legendary that they deserve a short, unsponsored video.

You won't believe this, but the Jamaican-American basketball player was in the NBA before he worked as an actor. This leads me to... 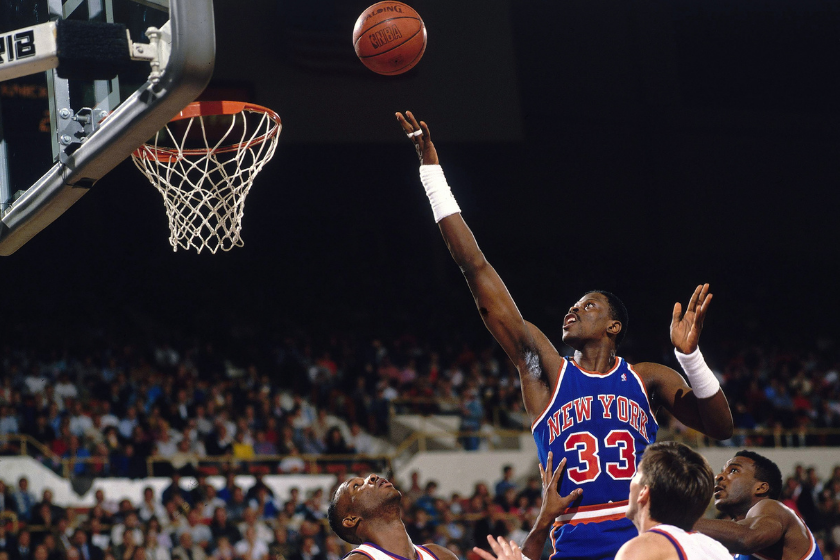 RELATED: Hakeem Olajuwan's Net Worth: How "The Dream" Built a Staggering Fortune

Following the 1985 NBA Draft, Ewing stomped into the National Basketball Association and racked up votes for Rookie of the Year. The dominance he'd enjoyed on the basketball court since high school followed him all the way to Madison Square Garden.

The big man played big and made big money. Ewing earned roughly $15.6 million per year as a Knick (adjusting for inflation). He was an 11-time All-Star but was never crowned NBA champion, though he did appear in two NBA finals. I'm sure he finds solace in his two Olympic gold medals, even if they were stolen from his house in 2020.

Ewing welcomed the new Millennium with a move to Seattle. (Well, he was traded, but I'm sure he was optimistic about it.) His playing career waning, Ewing was unable to help the Oklahoma-bound Seattle Supersonics and was traded to the Orlando Magic the next season. Perhaps as an homage to his New York Knick roots, Ewing chose to retire in Florida just one season later.

When adjusting for inflation, sources say Ewing made nearly $184 million as an NBA star and retired as one of the 50 Greatest Players in NBA History. 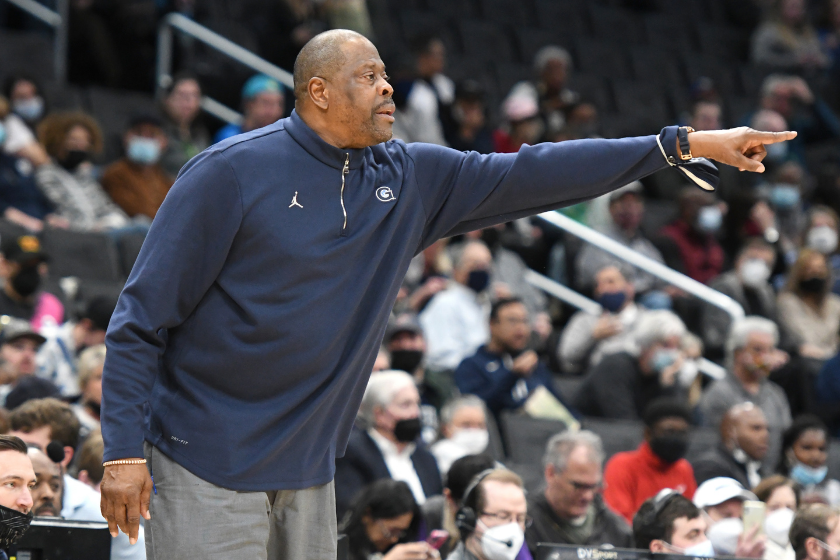 Like many legends, Ewing just couldn't stay away from roundball. Soon after retirement, he took an assistant coach job with the Washington Wizards and later assisted the Houston Rockets and Orlando Magic organizations, respectively.

Ewing was an NBA assistant for the same amount of time that he was a Knick: 15 years. During those coaching years he was an assistant to the Charlotte Hornets, a franchise owned by longtime professional rival and friend Michael Jordan.

In 2017, Ewing took the head coaching job at Georgetown. The first few seasons of the second Ewing Era have gone so-so for the Hoyas, but they shocked the college basketball world by winning the Big East Tournament as an eight-seed in 2021.

As coach of the illustrious Georgetown, Ewings nets a cool $4 mil a year. It's safe to assume that during his near 20 years of coaching Ewing has earned around $80 million, maybe much more. Combine that with his NBA career salary and Ewing is a wealthy man before we even get to his endorsement deals.

Patrick Ewing, ever rivaling MJ, signed a sneaker deal with Adidas in 1985, even naming his shoes "Rivalry". The orange-and-blue high tops are objectively dope as hell.

Beyond "Space Jam", Ewing the thespian thrived. He made four films in total, including his role as the "Angel of Death" in the break-out smash hit "The Exorcist III." He also played himself on "Cosby", which is cool, but not as cool as it used to be. 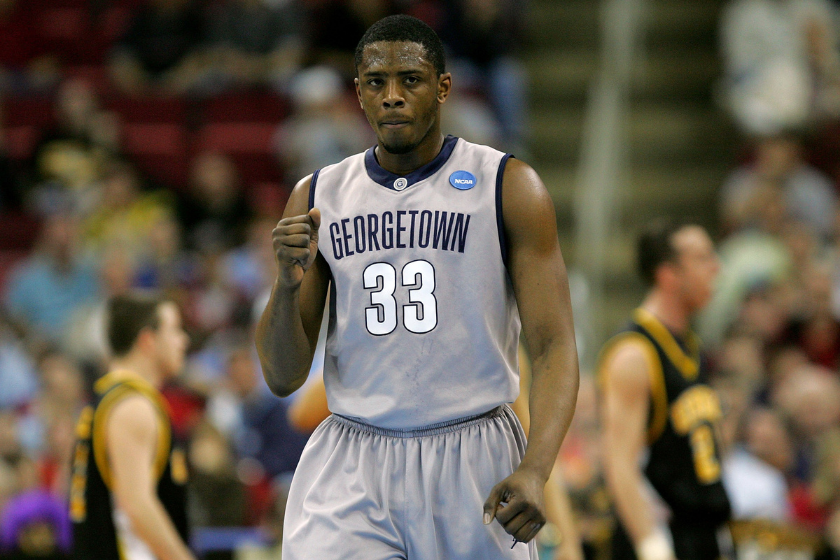 Patrick Ewing married Rita Williams in 1990. They had three kids, Corey, Randi and Patrick Ewing Jr., and divorced in 1998.

More recently, Ewing is reported to have recently lost over $3 million in the New Jersey real estate market. Undoubtedly, these are all factors contributing to Ewing's net worth 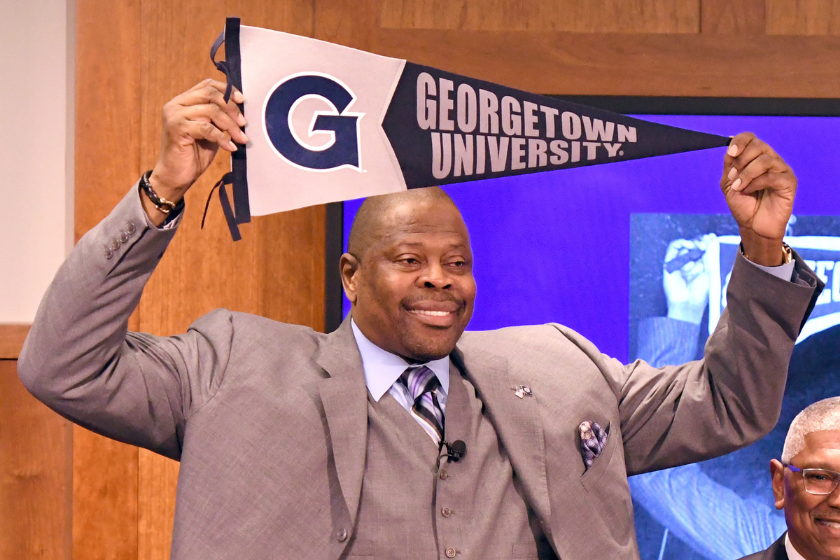 Patrick Ewing's estimated net worth is in the $75-100 million dollar range with Celebrity Net Worth suggesting $75 million.

Not bad for a kid from Kingston, Jamaica, who quit cricket and went on to become a men's basketball legend.