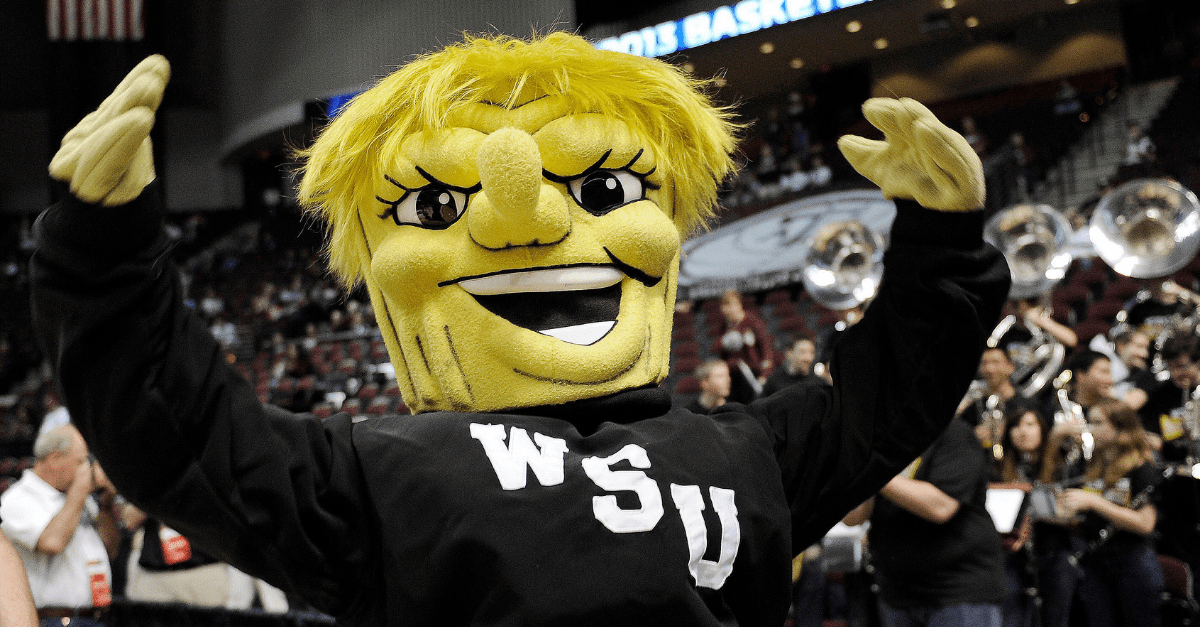 College football games are all about energy. The best stadiums in the country are loud and intimidating, and the nation’s top football schools boast the nation’s best fans, no matter how crazy they might be.

Every school needs an identity. Every school’s mascot is a symbol — it gives fans something to rally around, relate with, and point at and exclaim, “Wait, what is it doing now!?”

There are 129 college and universities providing football programs at the FBS Division I level — all together, close to 800 post-secondary schools play college football in the United States.

That’s a lot of mascots.

From Lions to Tigers to Bears and Thundercats, mascots are born from student traditions and long-held regional tales of how they came to be. No matter what a school’s mascot is, the students, faculty, staff and alumni rally around it and will defend it until their final days.

Some mascot traditions are more exceptional than others, but these are the elite of the bunch.

The Mountaineer is charged with handling the rifle, which he or she has to clean and maintain, while no other person may use it. They must also attend all WVU games, home and away, as well as every home men’s and women’s basketball game — all told, the Mountaineer makes hundreds of appearances throughout the year.

It’s no small task be the Mountaineer, especially when it’s their duty to file their rifle into the air signaling the arrival of WVU’s football team.

The Mountaineers have been growing sweet beards and wearing a traditional buckskin uniform for almost 100 years, and the tradition is still going strong.

Catch me on @ninjawarrior tonight for the Miami qualifiers 💪🙌 pic.twitter.com/dx7mrWWGSK

Mascot stories are locally sourced, but no area of the U.S. has the unique perspective as the University of Miami — in South Florida, their oceanfront paradise is prime real estate for a passing hurricane.

The South Florida school chose the Ibis as its mascot in 1926, and it’s the coolest animal you didn’t know about.

The Ibis, member to subfamily Threskiornithinae, is known for its instinctual ability to alert other birds prior to a hurricane approaching. Legend says that the Ibis is the last bird to take shelter prior to a hurricane, and the first to reemerge after it’s over.

Sebastian first took form in 1957, and he’s flown Miami back to the top of college football, with the Hurricanes ranked in the Top 10 prior to the 2018 season.

Hanging out with my new BFF @MIT mascot TIM the beaver pic.twitter.com/upR7N80S4p

The Massachusetts Institute of Technology is loaded with Rhodes Scholar candidates, and MIT alumni collectively own 27 Nobel Prizes. The university boasts some of the brightest minds in the country, yet their mascot is so simple, it’s mind-blowing.

Tim the Beaver is named as such because MIT spelled backwards is Tim, and the school settled on beaver’s because they are “nature’s engineers.”

Some schools try to intimidate, some long for their locale to be put into a walking, waving form — but for MIT, they let their brain power worry about other things. Mascots? That’s just seems too simple.

It was junior Wilber Elsea who won Kappa Pi’s 1948 competition to design the mascot for the unofficially dubbed Wichita State Wheatshockers — the name later became Shockers, but WuShock stuck right from the start.

Since then, the “big, bad, muscle-bound bundle of wheat” has patrolled Wichita State University sidelines and imposed the gritty, hard nose culture of Kansas.

WuShock has seen the Shockers basketball team become a national power in the Missouri Valley Conference and  American Athletic Conference over the last decade under Gregg Marshall.

Football’s don’t fly at WuShock’s school anymore, but he’s still the single most unique mascot in the country.

You need to know Scottsdale Community College for two reasons: Bill Hader and David Spade are both alumni, and their mascot is an edible thistle.

The Fighting Artichokes were named after a student-led election in the 1970s — Artie the Artichoke was born shortly after, and he’s never been better.

The ‘Chokes football program is looking to rebound after starting last season 6-0 before losing their final four games. One might say that they… Nevermind

Word on the street is Artie tastes great when boiled and served with a side of melted butter, too.

Whatever you do today, do it with the same enthusiasm as @Yale's Handsome Dan. #NCAALAX pic.twitter.com/js2L1IzmiY

Live mascots are very popular among the relevant universities — while Uga, the Georgia Bulldog has its own eclectic and exciting history, it’s the good boy from Yale University who has the longest lineage behind him.

The first Handsome Dan was born 1889, although where exactly he came from is disputed between a New Haven, Connecticut breeder and a blacksmith.

Dan became popular with students at Yale University, and the Bulldogs set off on one of the longest running live mascots in Division I athletics.

Today, Handsome Dan XVIII, who goes by Walter at home, enters his second year as Yale’s official mascot — legend has it, he might be the most good boy of them all.

Today I learned Dartmouth doesn’t have an official mascot but they do have Keggy the keg pic.twitter.com/IXYhDm78Zj

Dartmouth College’s Latin motto translates to “A voice crying out in the wilderness.” Nothing speaks more closely to that beautiful maxim than Dartmouth’s Keggy the Keg.

The Big Green athletics department has never had an official mascot — the closest was an Indian mascot that was overruled in the 1970s.

Keggy comes into the mix in 2003. The animatronic beer keg was approved by the student government only, but hasn’t received necessary support to become the school’s official totem.

This article was originally published on August 20, 2018.

READ MORE: 21 Hideous Uniforms That Should Have Stayed in the Locker Room