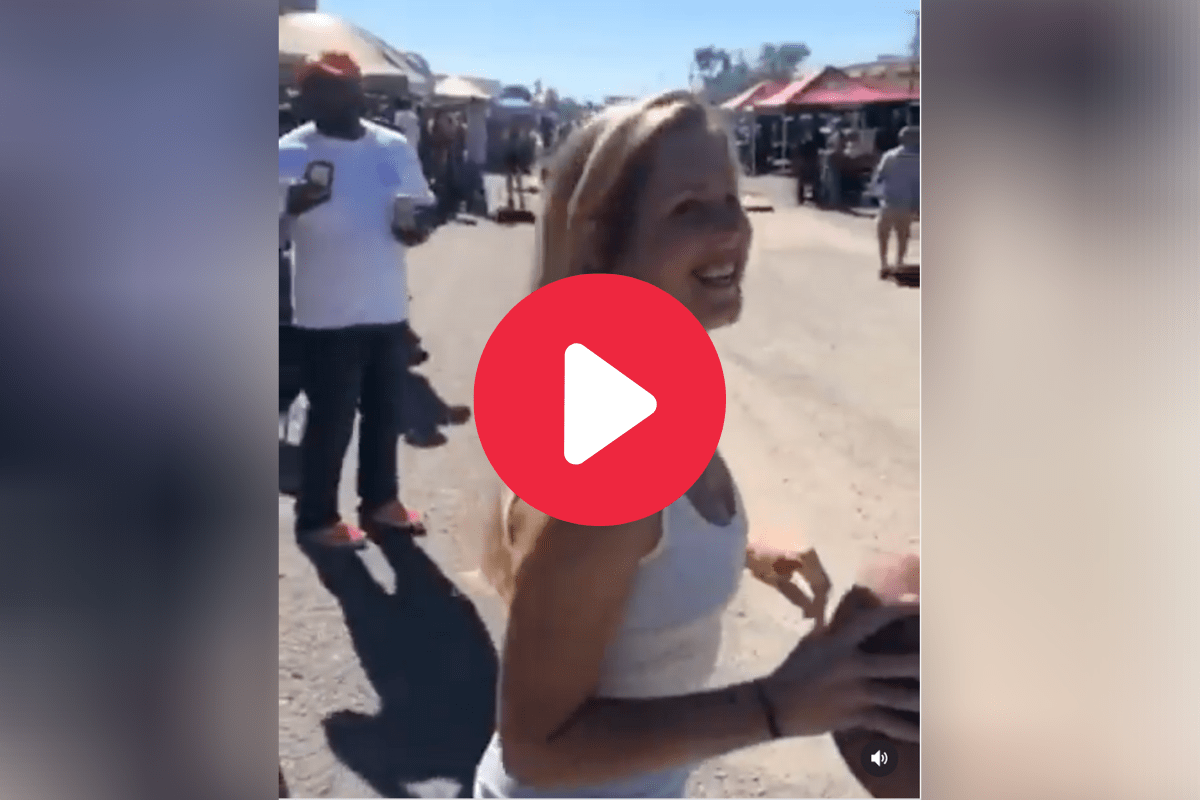 Nobody sends shockwaves through a boozy football tailgate than the girl who can throw a football farther than her boyfriend probably can. We’ve already written about Alyssa Derrick, the college softball player who heaved a football 40 or 50 yards in a parking lot and earned pro football contract.

Derrick, it turns out, is not the only blonde-haired, bazooka-armed woman on the planet. That’s because volleyball player Hannah Edelman is making everyone who comes across her ridiculous football throw swoon over her. For good reason, too.

This chick can sling it.

Right before Edelman launches this ball what we can only assume is half a football field, I’m sure she told some dude, “hey, I bet I can throw a football farther than you can.”

You know what, that guy probably went home with an empty wallet.

Hannah, it turns out, is a college volleyball player. She played outside hitter and defensive specialist in the SEC for the South Carolina Gamecocks for four years. Now, she plays for Jacksonville University and her bio states that she “can throw a football fairly far.”

I’d say so. The 5-foot-6 female athlete isn’t very tall, but she has a cannon. South Carolina could’ve used her the last few years over whatever noodle-armed dude they’ve been trotting out. I’d take her 10 times out of 10 if I were choosing between her and Carson Wentz. Maybe the New England Patriots should sign her to throw passes to Julian Edelman and complete the Edelman-to-Edelman NFL connection.

The funniest part about this video is that Edelman started getting marriage proposals on social media because of it. One dude simply said “marry me” while another declared he’d found his future wife.

To anyone hoping to attract Hannah’s attention, you better accept the fact that she can throw the pigskin farther than you can. Don’t even try out-throwing her.

MORE: Female Kicker Obliterates Returner Along His Own Sideline