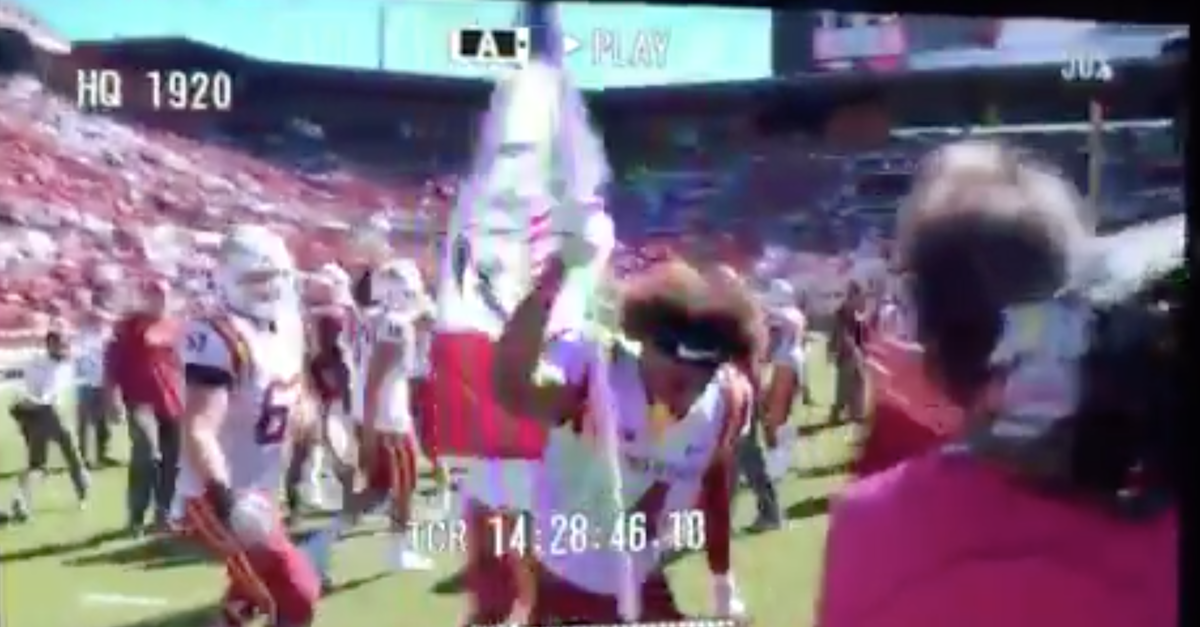 Iowa State’s  third-string quarterback, linebacker Joel Lanning led the team to an improbable 38-31 win over the Sooners in Norman to absolutely stun them and break open the Big 12 race for the conference’s College Football Playoff spot.

After the game, Iowa State players rubbed salt all in the wound of Oklahoma, first chirping at quarterback Baker Mayfield, questioning who his “daddy” is.

This was obviously a throwback to Mayfield’s chatter ahead of his team’s win over Baylor.

Teams getting acquainted with one another. pic.twitter.com/1HzdyAQfGz

To make matter’s worse, an Iowa State player then planted the flag in Oklahoma’s logo at midfield, an obvious shot at Mayfield’s decision after beating Ohio State:

The trolling was at unreal levels on Saturday.

Here was the touchdown that would prove to be the game-winner for the Cyclones:

Kempf finished with 343 passing yards for three touchdowns while the defense handled Baker Mayfield for the most part. They kept him to a lower-than-normal 306 passing yards, but he did get loose for 57 rushing yards.

The Cyclones play host to Kansas next week while the Sooners will host Texas.