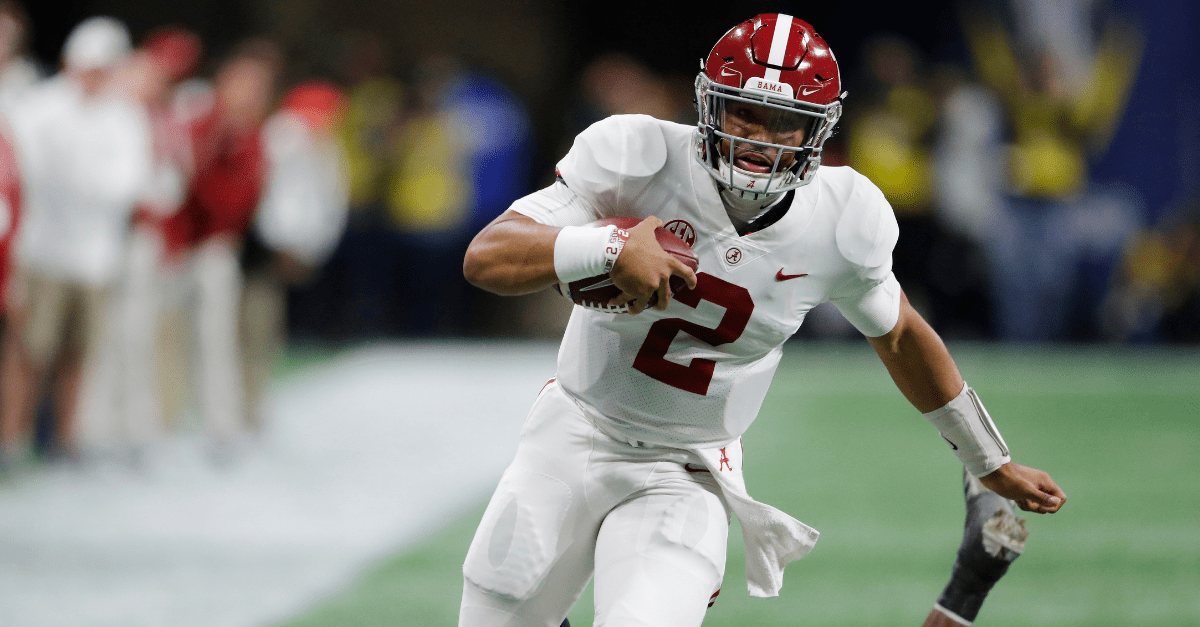 It’s been a couple of weeks since the Alabama Crimson Tide won the SEC Championship game and things have quieted down over quarterback Jalen Hurts possibly transferring to another school.

After his come-from-behind performance to help stun Georgia in Atlanta, teams and their fans are once again drooling over Hurts, despite the 6-foot-2 signal caller’s recent comments, stating he wasn’t thinking about leaving Tuscaloosa.

But, if he did decide to go, what should Jalen Hurts do? Where should be play next season?

Here are the five best options:

Jalen Hurts made good on his bet with Charles Barkley … but still managed to troll Auburn 😂 pic.twitter.com/u1XAR8aEFv

Why not Auburn? It’s an in-state school, Hurts will still be in the SEC, he can get revenge against the Tide, and, hey, there is an opening at QB. But Hurts doesn’t seem like the type of guy who would want get back at his old team. Plus, when the last time Auburn put a quarterback in the NFL not named Cam Newton?

I always thought if Hurts were to leave, it would be to FAU because of Lane Kiffin. He and Hurts are very close and have kept in contact over the years. Not to mention, Kiffin was the one who tutored Hurts his first few years at Alabama. It would be a natural fit. But would Hurts want to go to program down on its luck like FAU is right now?

This might be the ideal spot for Hurts because he would be back home in Texas. Texas A&M is a really good competitive program and they have a good head coach in Jimbo Fisher, who has already won a national championship. Hurts also has an advantage over Kellen Mond. He is actually a better passer than him. The Aggies lost a few games this year because they didn’t have a great passing game and that’s something Hurts can do.

No one has mentioned the fact that Hurts can just turn pro. He graduates this weekend and would be eligible for the draft. Why not go to the NFL? The question here is would he be willing to play another position in order to make it in the NFL because, more than likely, he won’t be chosen as a quarterback. At the same time, however, Hurts may be able to make it as a backup quarterback. He can’t be worse than someone like Mark Sanchez.

We felt like someone just needed to see this one more time. Jalen Hurts, for the win. 🏃🏾‍♂️🏈🐘 pic.twitter.com/s5H4F3DL3D

There is a good chance that Jalen Hurts will just stay in Tuscaloosa. Dan Enos, who was his quarterback coach, has been promoted to offensive coordinator and he has made a world of difference in Hurts’ play. So, why not stay and continue getting better under him? Plus, it is obvious Nick Saban plans on playing Hurts if he stays and that has paid off for both sides.